Don Jazzy is trending on Social media yet again, and no this isn’t because he gave out cash gifts.. The Mavin Record boss is trending because of how humble a person he can be.

This morning, Jazzy shared a video, taking about how the new male housemates in the Big Brother Naija house, have intimidated him with their hot bod and 6 packs. 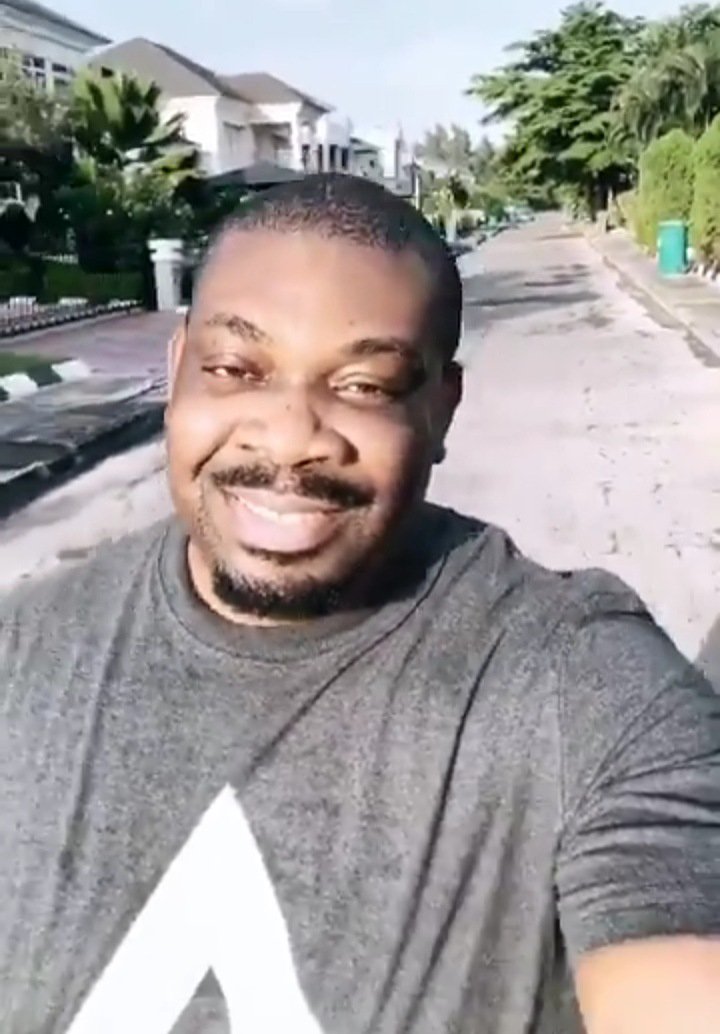 Because of this, he decided to embark on an early morning jog, while trying to shape himself.

In the video, Collins could be seen ‘slightly bending’ to greet someone who greeted him, after he passed her.

He could be heard saying “Good morning y’all. I decided to join the Big Brother people to do early morning workout….” at this point a female voice greeted him “good morning sir!”, and he quickly bowed his head and replied “Good morning oh, I hail oh, you’re too much”.

Read Also:  Ultimate Love’s Rosie cries bitterly as she confirms Kachi called off their wedding and broke up with her

However, Nigerians may have ignored the reason why he posted the video, but focused more on how humble he is despite his wealth and influence!
See how some Nigerians reacted below; 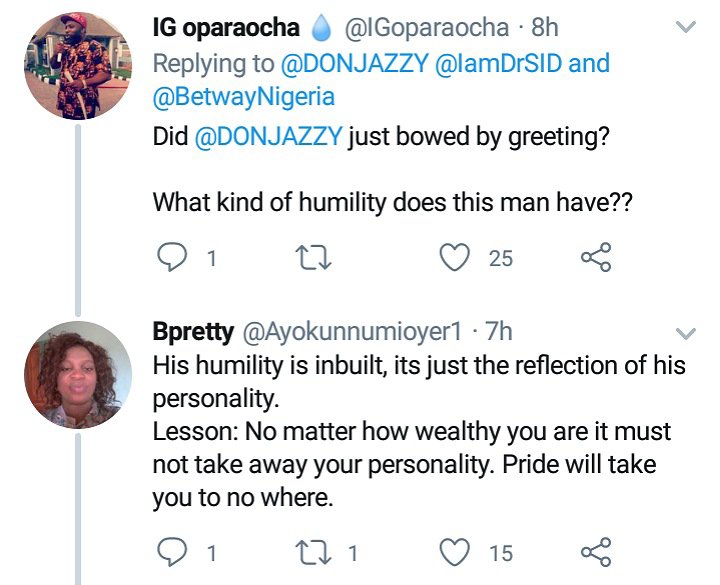 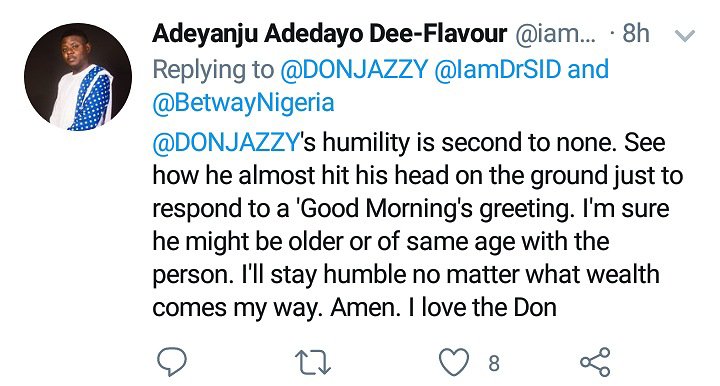 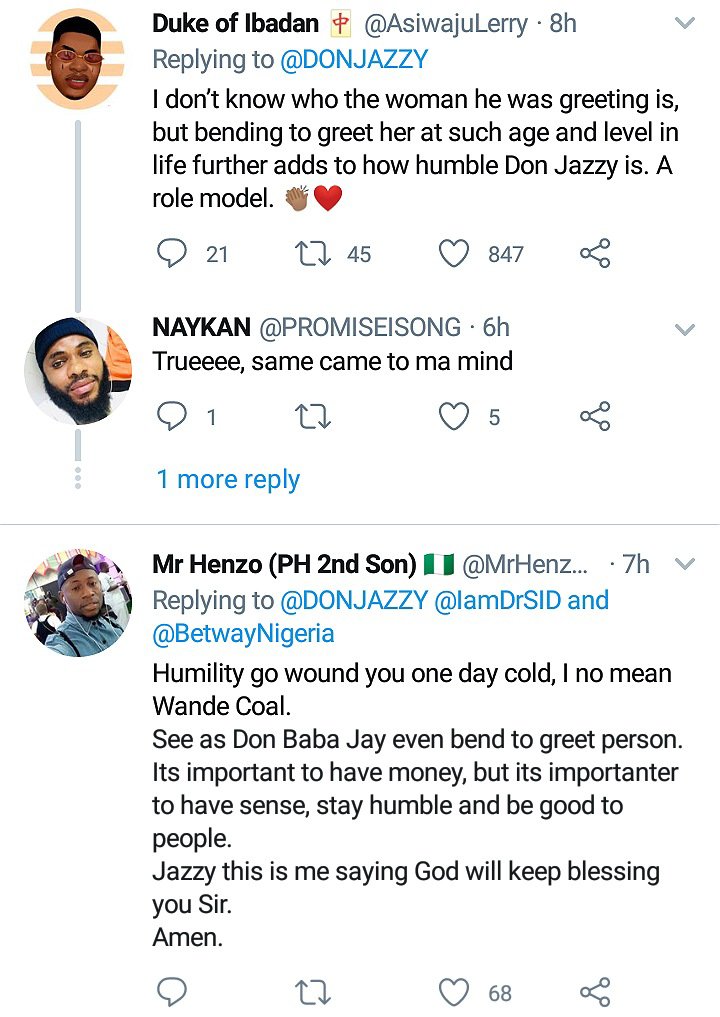 This is the video;