Tacha is currently being trolled on Social media.. and Nina Ivy is part of the squad spear heading the trolling. 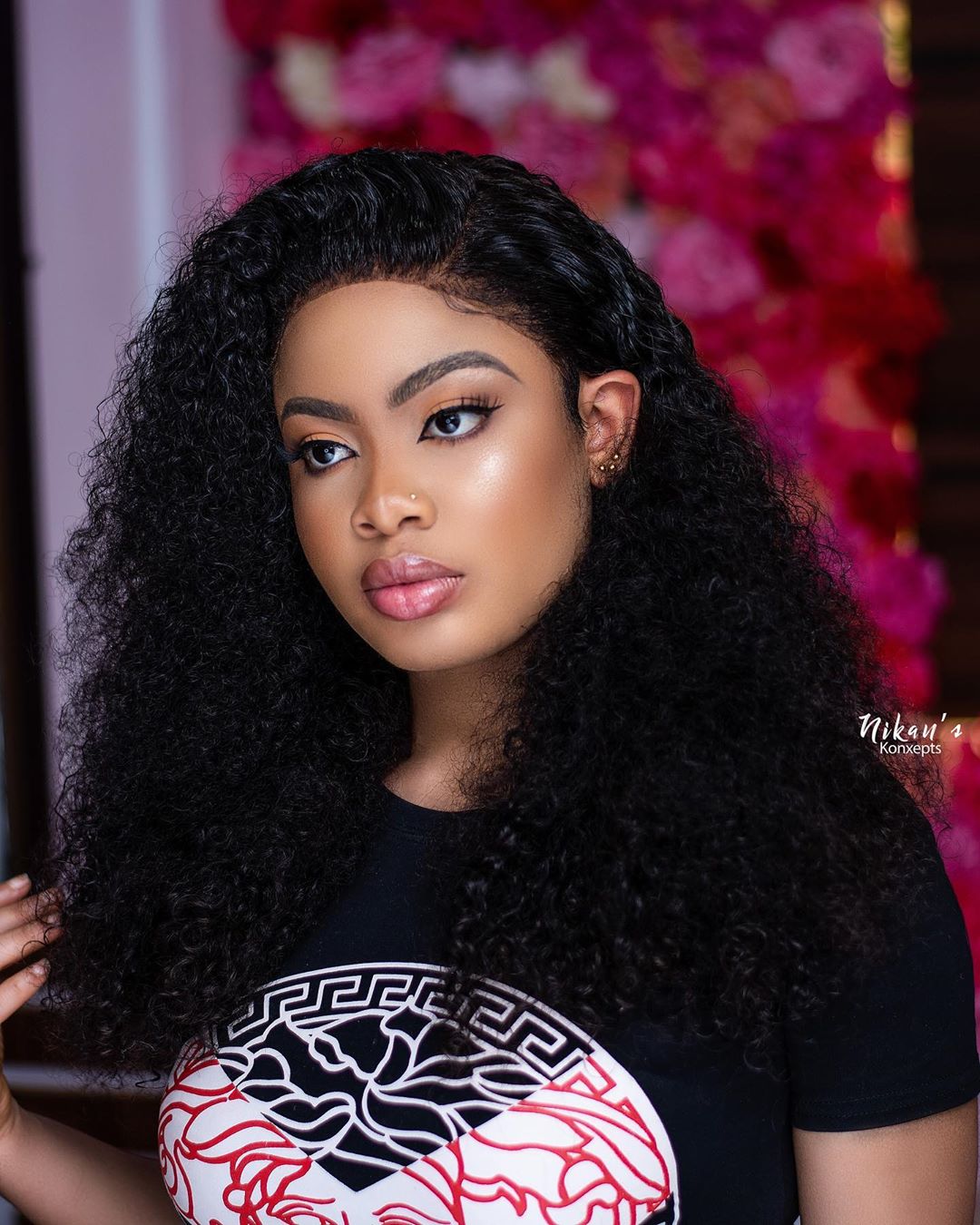 In the video, Tacha could be heard saying, “E happen first time, E happen second time…now fans is getting peopel shop oo… These fans, Fans will soon start getting boyfriend, husband.. Because this fans… Okay”

Now folks are calling out Tacha for accepting ‘gifts’ from her fans.

Nina who also joined the the trolling tweeted, “fans still give people car ooo” ? And even shop ooo …. yen yen yen hehehe.. I can’t even stop laughing, this is so funny. All I saw was an over used Benz tho , who bought it again “FANS“ fans will soon start giving people boy friend ooo” yen yen yen…. but you all know I can’t keep quiet tho” 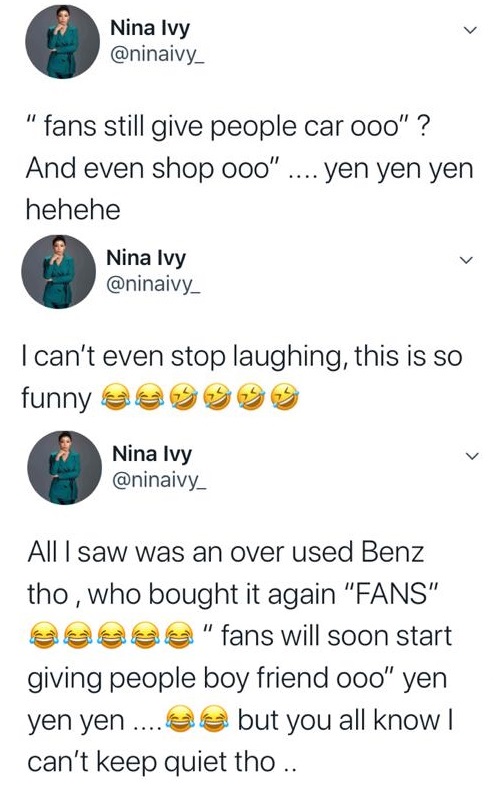 Some reactions to Nina’s shade:

@fine_imogirl: Nina leeee.. Don’t mind her… Foolish somebody. She forgot that what goes around must surely come around. yen yen yen.

@Matilda93908696: We love TBenz and her MADNESS 🤣🤣🤣. But on a serious note… We apologize for what she said. Success on your business venture ❤️

@prettytitan: 🤣🤣🤣 we are sorry on her behalf. Pls forgive her. You know my fave has a sharp mouth like you. 🙏

@OKIKIOL97538041: What has your fans bought for you so far? Why am i even asking, i know you haven’t received such kind of blessing and fans.

@oreoluwa34: She already said she is sorry, and its even past. For me seeing is believing and she don believe now🤷🏻 so its okay Nina.

@TimiCallme: I expected this from ceec although I know ceec is a bigger person when your called…but from you… I don’t even take it serious neither do I take it as a joke…this is a sign of immaturity…..Nina change!