The Lagos State Government has stated no company was given the licence to operate commercial services with motorcycles popularly known as Okada, following a ban it placed on the means of transportation in six local governments and nine local council development areas of the state. (Read here) 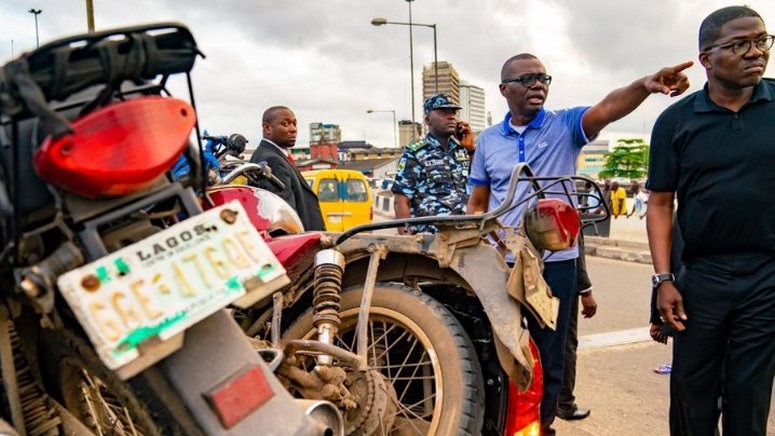 Lagos State’s Commissioner for Information and Strategy in the state, Gbenga Omotosho who disclosed this on ‘Sunrise Daily’, said what the government has been trying to do is regulate commercial motorcyclist so that their excesses can be curtailed.

“You are talking about registration; as far as I am concern, the government has not registered any company to come and be running okada.

“In fact, what the government was trying to look at is how to regulate these people so that their excesses can be curtailed.

Omotosho also revealed that the Lagos State Government decided to enforce the ban after a robust assessment of the debate on the rate of accidents in the state. He alleged that the Lagos State University Teaching Hospital (LASUTH) recorded about 104,000 accident cases involving the common Lagosians with broken arms and legs.

The Commissioner also made a clarification on the ban, stating that courier services operators are allowed to ply all routes because they don’t constitute so much danger.

“The guys who are doing courier services, for example, they don’t carry passengers and they don’t constitute so much danger. So, those ones are allowed.

“They have to be above 200cc and you have to have a box behind you that you are doing courier service and you don’t have to carry passengers; you have to be well-kitted and wear your helmet.”