Beautiful Ghanaian actress, Nadia Buari has taken to social media to share a gem on relationships. 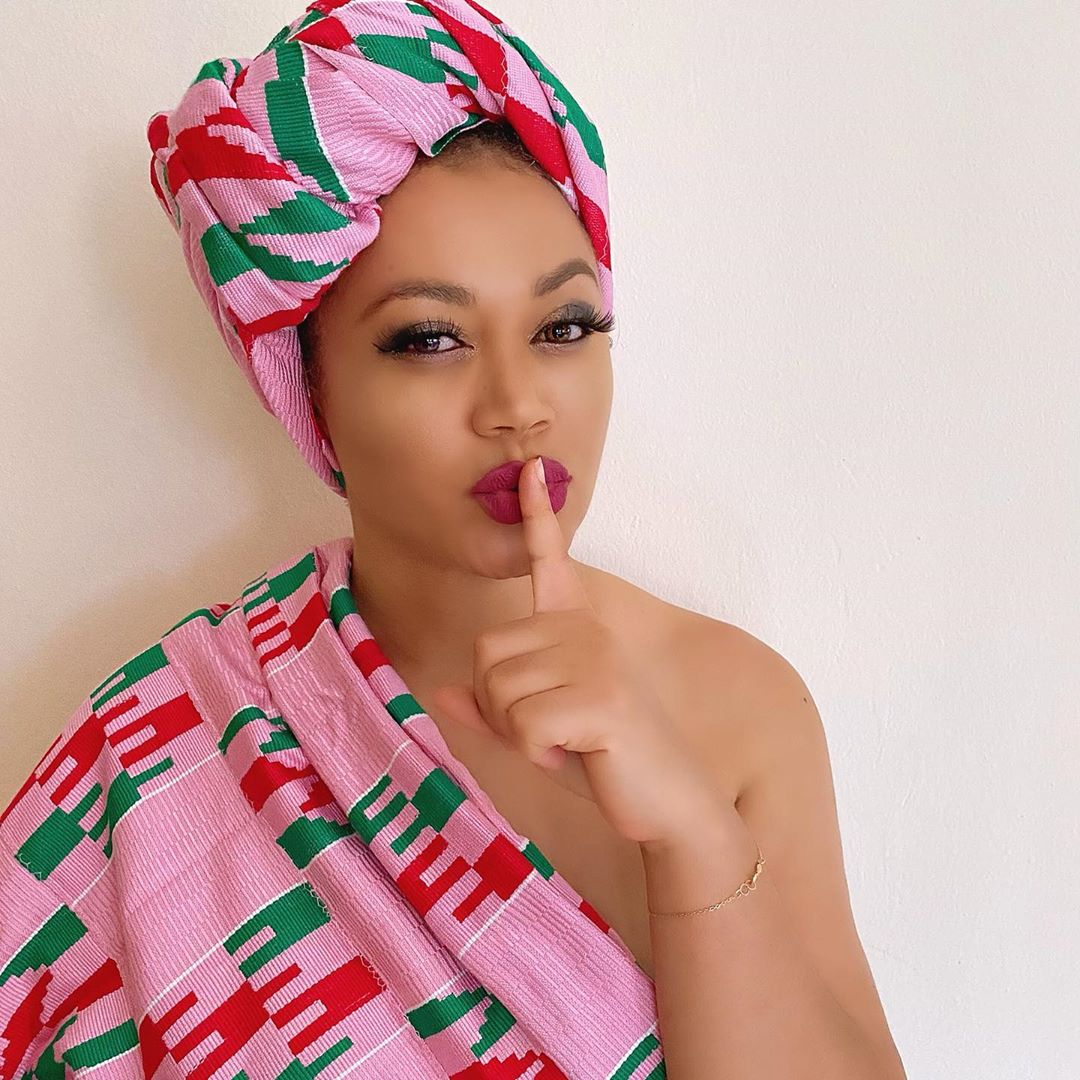 According to the stunning actress, not everyone will appreciate the good in others as some people are used to so much drama in their lives.

”Not everybody will be able to appreciate the good in u. Some people are too used to arguing, drama, and dysfunction, to value the simplicity of a good thing. Relationships aren’t rocket science; it’s just too many people playing mind games, fronting about their feelings, and faking with their actions.

”Everybody asking for something real, but it’s not enough people bringing real to the table…
And people wonder why LOVE is hard to find….” 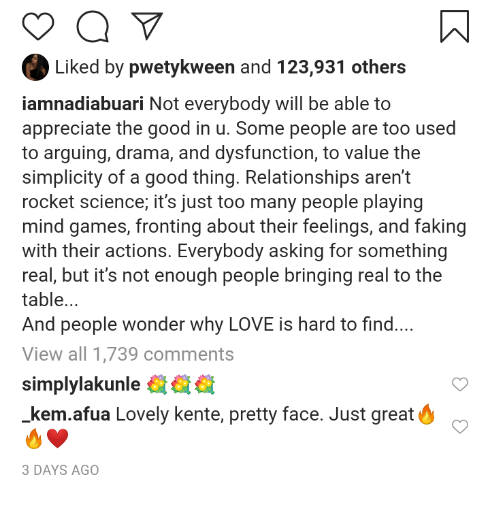