OAP Dotun has publicly apologised to Gedoni Ekpata for having a different opinion about him when he started dating Khafi Kareem in the Big Brother Naija House. 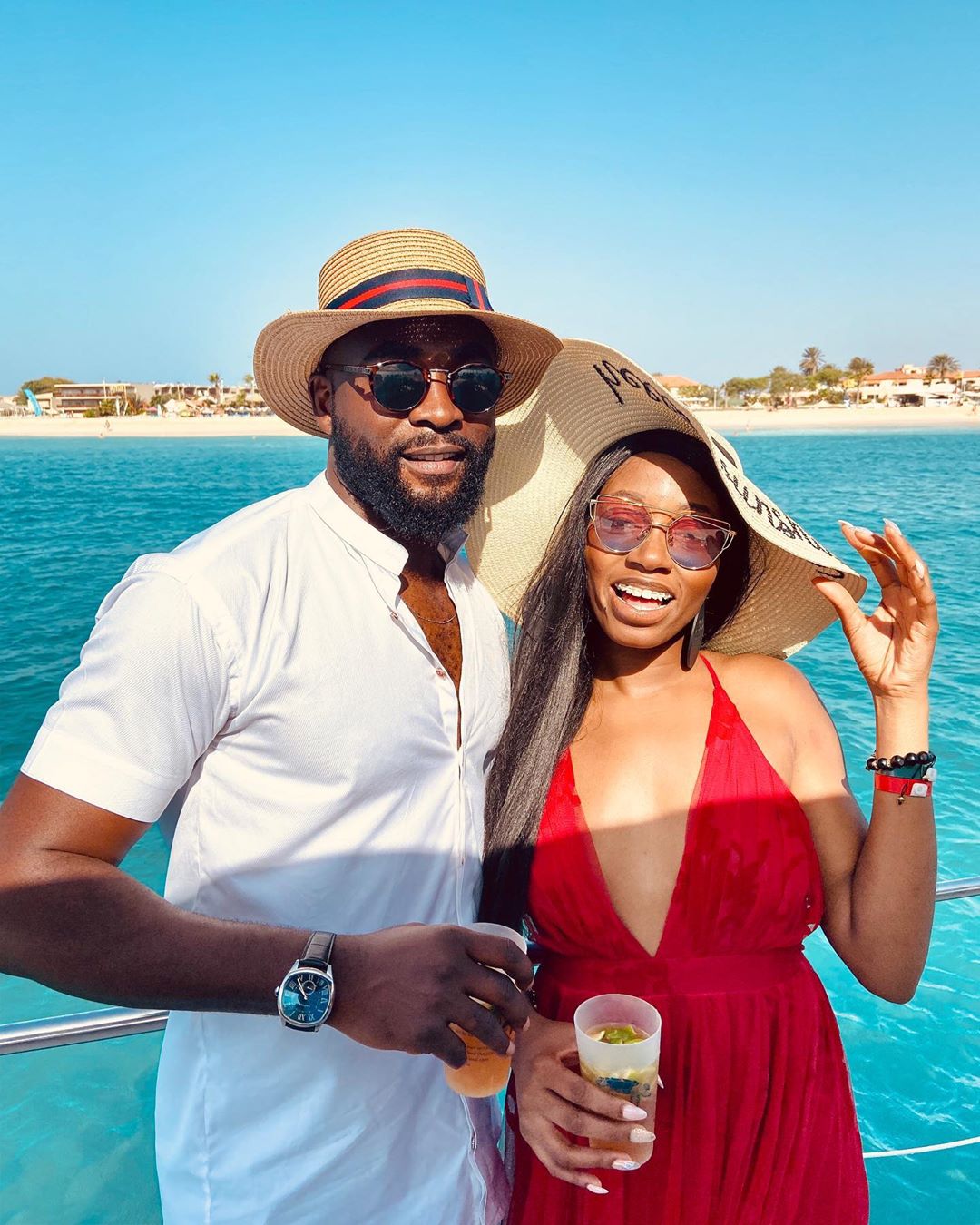 The OAP was reacting to the couple’s engagement news when he made the apology on Twitter. 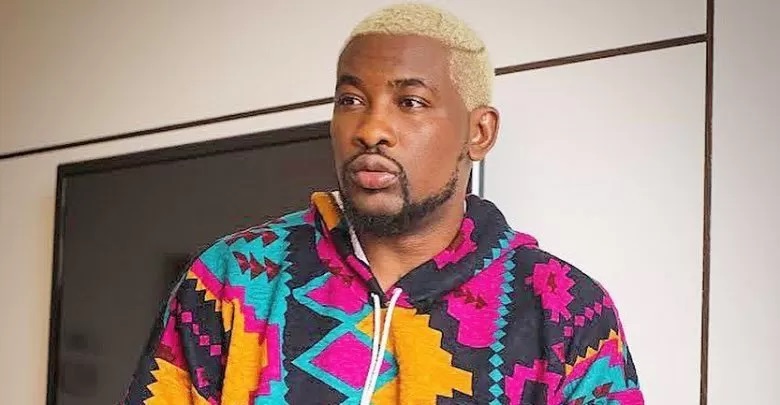 According to him, he didn’t like Gedoni in the house because he thought he was a distraction to Khafi, but all of that is in the past now and he is happy for both of them.

‘I’ll be honest, I didn’t like Gedoni in the house cos I thot he was a distraction to Khafi & I didn’t think he liked her as such coz of a few bleeps on his side abt them both. Gedoni u are relentless & na man you be. I apologize & u made a very good choice. Khafi is a sweet girl.’ 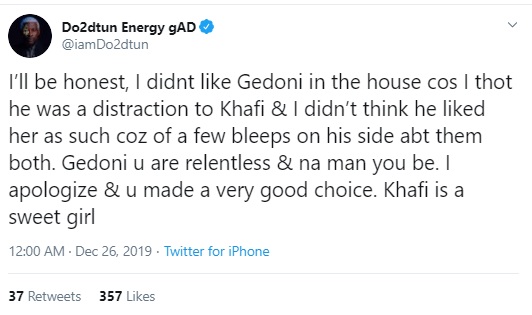