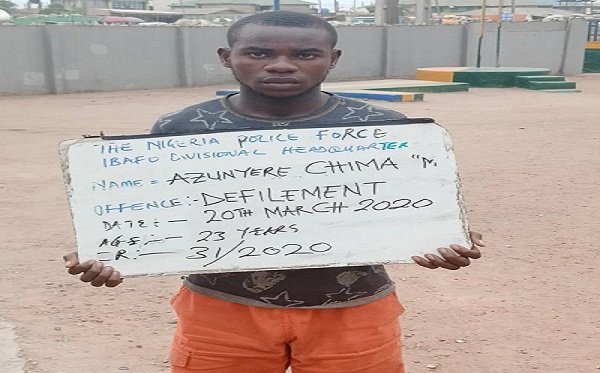 The Police Public Relations Officer in the state, DSP Abimbola Oyeyemi, who disclosed this in a statement, said the suspect was arrested following a report by the father of the alleged victim at Ibafo divisional headquarters that his daughter was raped at the house of the suspect who happened to be her Arts teacher.

The father told the police that the teacher under the guise of assisting his daughter with her practical work, invited her to his home. But on getting there, he allegedly dragged her into his room, over powered and forcefully had sex with her, causing her to bleed profusely from her private part.

Read Also:  17-year-old girl who got A1 in all subjects in WAEC dies

The police spokesperson said the suspect has made confessional statement to the Police while the victim had been taken to a hospital for medical treatment. He added that the suspect has been transferred to Anti-human Trafficking and Child Labour unit of the State Criminal Investigation and Intelligence Department(SCIID) for proper investigation and prosecution.