The Kokun Foundation gifted a lady identified as Sandra a car, after she went viral in an interview she did to speak against the ban of commercial motorcycles in Lagos.

Sandra, an OND graduate of Accountancy from College of Technology, is currently on her one-year Industrial Training with one of the bike-hailing company as a ‘rider’ and as such, was affect with the sudden #OkadaBan in Lagos State. 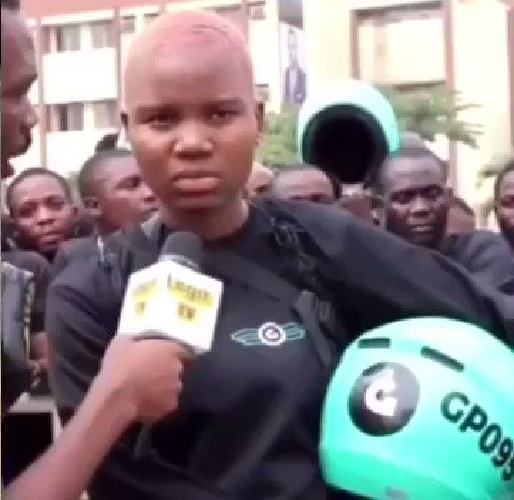 In the viral video, Sandra earnestly pleaded with the Government to regulate the bike services and NOT ban them because there were so many people who would become unemployed and experience a more difficult life due to the ban.

Sandra also said she was currently doing the job because she wants to save enough money to sponsor her quest for a Higher National Certificate when the time comes.

It seems her new benefactor, Kokun, came across the video on social media and decided to ease her pain by giving her a brand new car.

See the emotional video below ;

Sandra who went viral on Okada ban issue has been gifted a car by Kokun foundation. She she’d tears of joy 😭😭 pic.twitter.com/32k5BXRWlK

This is the viral video