There was tragedy in Abia State on Wednesday, 1st of April, 2020, as man was killed by a billboard which fell on him during a storm.

The incident which happened at Osisioma junction, Aba, also trapped another man said to be currently fighting for his life at a hospital in the city.

The two were trapped inside a tricycle under the heavy board before construction workers pulled them out with heavy-duty equipment.

A Twitter user who shared photos from the aftermath of the accident, wrote,

I just read of an accident at SPAR Calabar.. A structural failure of sorts.. I also find it odd that on the same day and possibly time there was a similar accident in Aba.. Faint billboard falls all of a sudden

Read Also:  “Ladies if you love your boyfriend, you must cheat on him” – Nigerian lady says (Video) 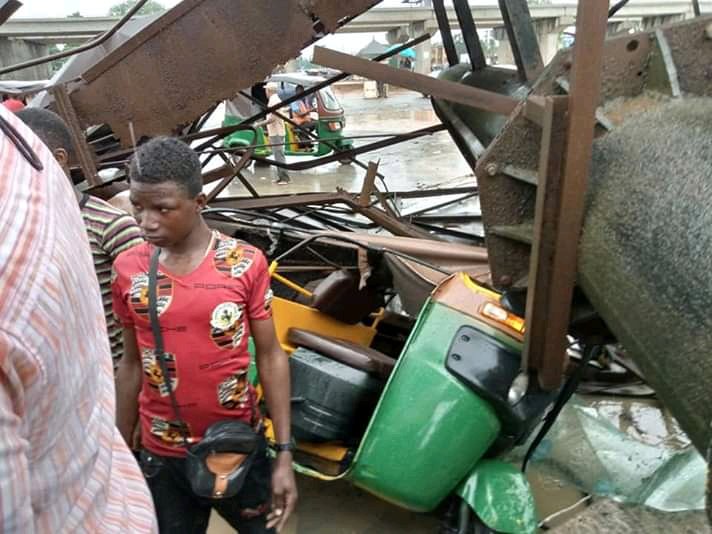 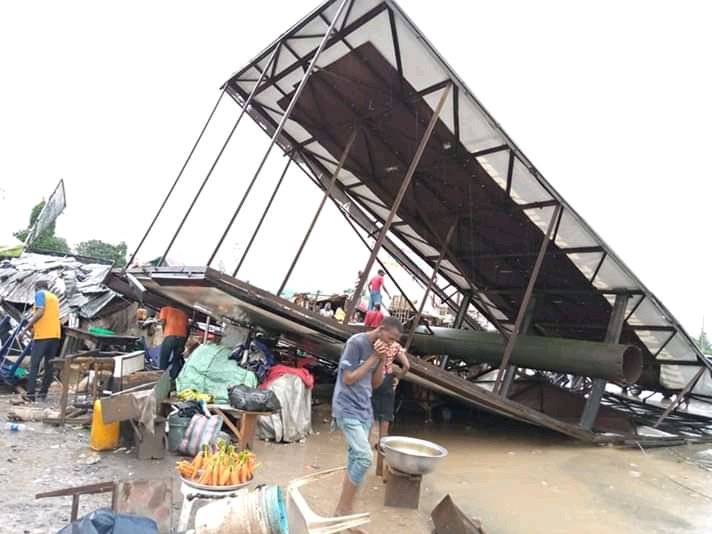 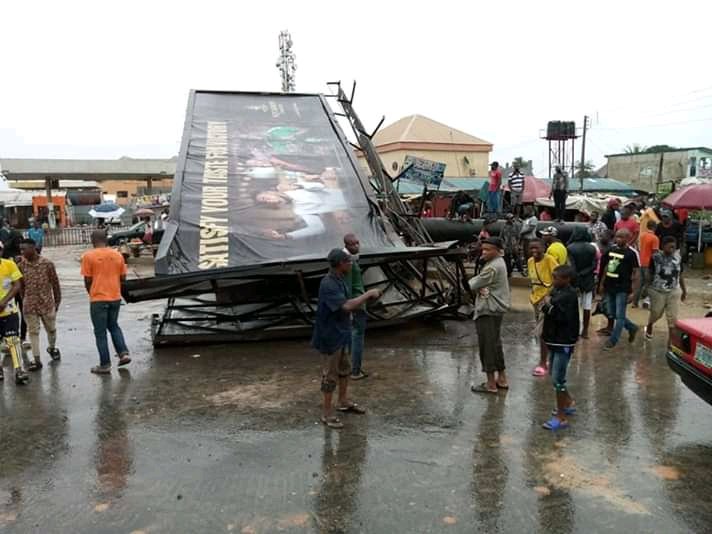