Abia Uchenna and Eboh Chinedu, the two students of the Federal University of Technology, Owerri (FUTO) who were held in a Bosnian refugee camp after participating in an international table tennis competition in Croatia, have accused the Croatian police of stealing their money and threatening to kill them. 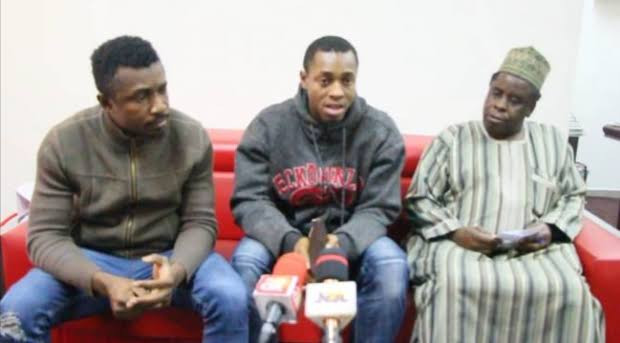 The FUTO students who said they were arrested while preparing to return to Nigeria on November 18, disclosed they were subsequently taken to the Bosnia-Herzegovina border. According to the two students, their phones and wallets which were initially seized from them when they were arrested were returned but their money €310 and $10 were missing.

Recounting their ordeal while being hosted by the Nigerians in Diaspora Commission in Abuja, Uchenna who is a 500-level student of computer science said;

“We crashed out of the tennis championships in the second stage, so we were supposed to return to Nigeria on November 18, 2019. A day before which is November 17, we decided to look around the city.

“When we were in Pula, we moved around and toured the city. In Zagreb, we decided to look around when a policeman stopped us and demanded to know our identity.

“We explained to him that we are Nigerians and that we participated in a table tennis championship, but the problem I noticed was that he did not speak English.

“So, he said we should sit on the ground along the road. He made a call and another policeman came and they took us to a police station. They collected our wallets and phones.

“They drove us again for over four hours, then they stopped and asked everyone to sign a document that was written in their language without translation. I signed it out of fear, but Chinedu refused and the policeman kicked him, cocked his gun and threatened to shoot him. So, he signed.

“They put us back in the van again and drove us for about two hours. When we got to a forest, they ordered everyone out of the van. They gave me a carton containing our phones, belts and wallets and the €310 and $10 dollars were not there.”