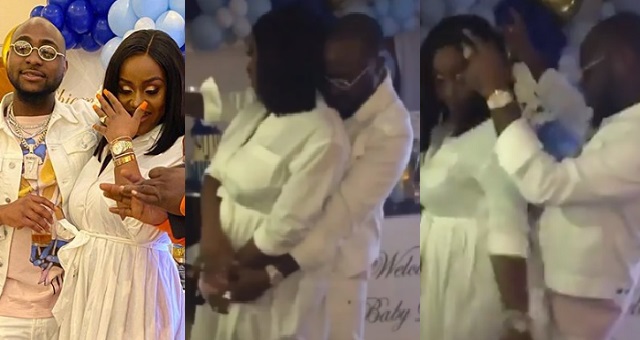 Davido and Chioma look so good together dancing to ‘a good time’ off his yet-to-be released album during their baby’s christening.

Dressed in an all white outfit, the new parents looked so adorable entertaining their guests.

The christening ceremony took place yesterday, November 9, and quite a number of the singer’s close friends attended the party.

Davido’s relationship with Chioma came to light after she celebrated her 23rd birthday in 2018. The music star went on to release a song titled ‘Assurance’ and gave her a Porsche car valued at N35million.