DMW singer, Peruzzi has finally reacted to claims from the CEO of Golden Boy Entertainment, King Patrick after the latter accused him of breaching his contract and being signed to Davido’s DMW without his consent.

In tweets which Perruzi quickly deleted under 5 minutes, the singer stated that he didn’t cheat, take anybody’s money or bite the finger that fed him. 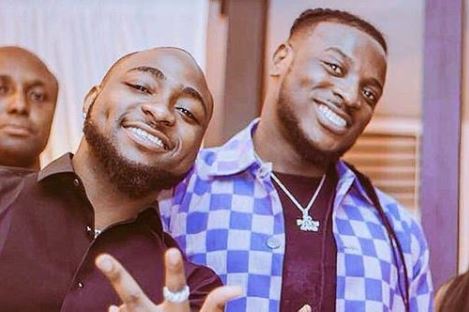 Reacting to claims of introducing the Golden Boy CEO to Davido as “the guy that shot his music videos”, Peruzzi said he had an agreement with King Patrick to do so because he never wanted to pay Davido for “FYP remix”.

Peruzzi recalled how King Patrick reminded him everyday that he was just helping him out and doesn’t need the returns from his music. The singer also accused the label owner of breaking a “system” he recorded 27 songs in because Patrick had issues with his girlfriend.

The DMW singer alleged that the Golden Boy CEO sold his songs to Nollywood producers without his consent and also not paying him after the deal.

Here are his now-deleted tweets below; 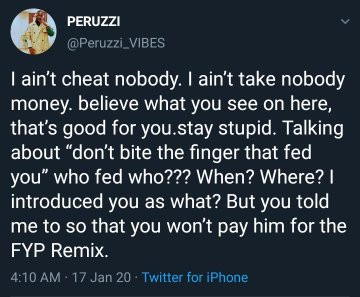 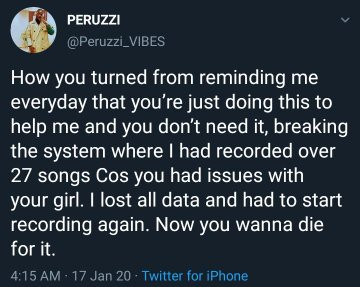 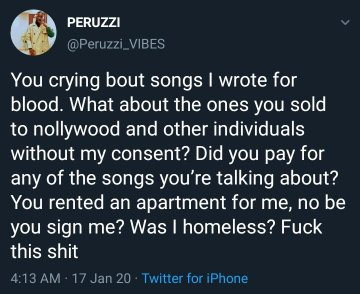