A petrol-laden tanker exploded in front of Federal Polytechnic, Bauchi around 9pm on Wednesday, August 26. 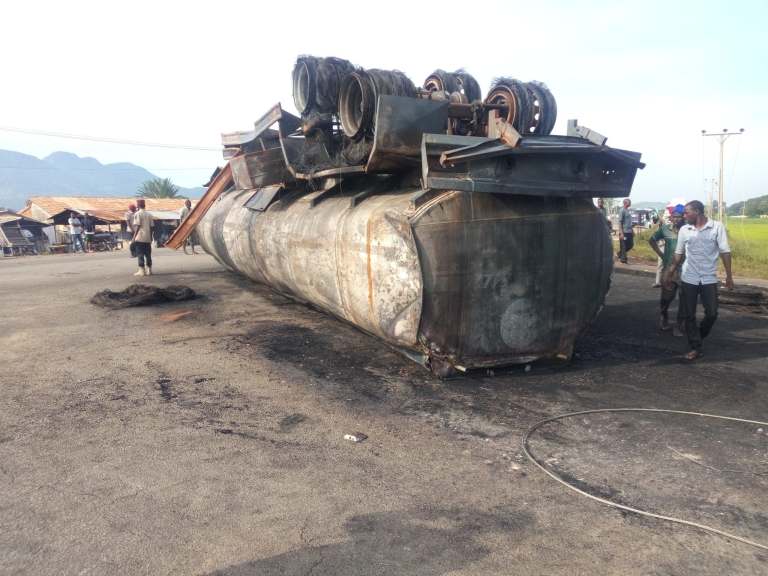 According to reports, the tanker was enroute to Mararaba Liman Katagum along Dass road from Bauchi to offload its contents when it hit a speed bump and lost control.

An eyewitness said the tanker fell and spilt its content but the explosion did not happen immediately, availing the driver the opportunity to escape unhurt. The explosion occurred some minutes after the spilt content started the fire.

The spokesperson for the Fire Service in Bauchi, Abubakar Bala, said fire fighters were deployed to the scene of the fire immediately after being informed of the incident. He added that they successfully put the fire under control and the destruction of lives and property was mitigated.