Typically, babies arrive screaming and wailing, and if they’re not, then doctors will prompt them to so they know their lungs are working properly.

The newborn was not in the mood though, as she appeared to stare angrily at the doctor, and she has become a meme for that. 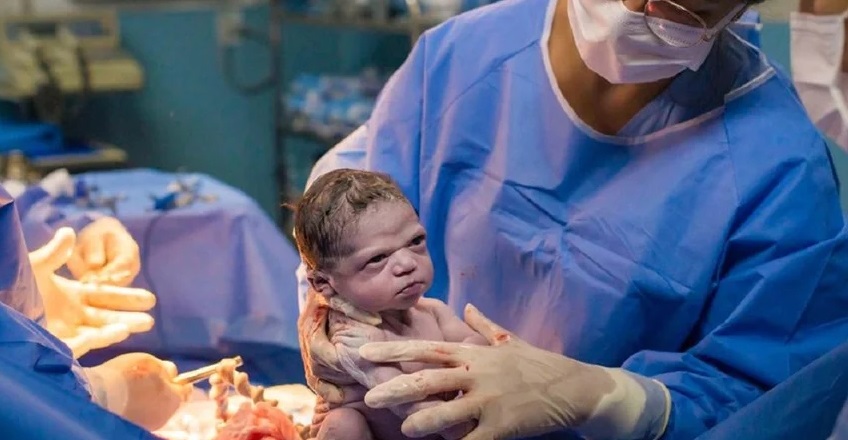 Photographer Rodrigo shared the photo on Facebook and it garnered more than 4,000 likes.

Read Also:  Medical Doctor dies from complications of coronavirus in Katsina after returning from Lagos

“She opened her eyes wide and didn’t cry, she made a ‘sulky’ face, her mother gave a kiss and it was only after they cut the umbilical cord that she started to cry.

“When I posted it, I thought it would have the potential to become a meme, but it’s always a matter of luck.”