Many a time, we’re stunned with the impressive abilities of physically challenged people whose condition is expected to have limited their capabilities. 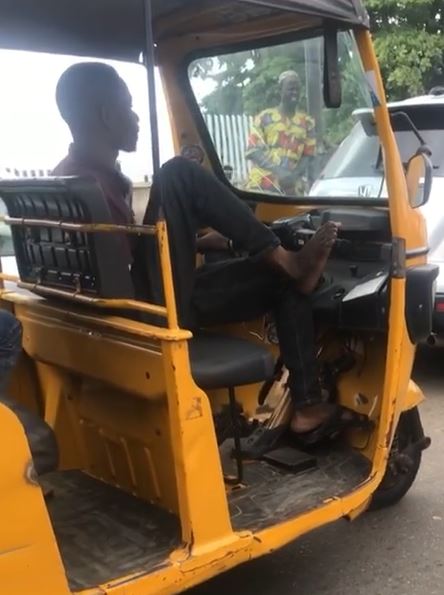 In a new video that’s begun making the rounds on the internet, a physically challenged man was spotted driving a tricycle with one hand and one leg in the city of Lagos.

As seen in the video, the physically impaired man who is without a right hand, uses his right leg to alternate the use of a right hand on the vehicle’s steering.

The video was shared by an Instagram user, @i_am__orlah who gave it the caption,

Watch as the keke rider takes off in the Lagos traffic below,