Sen. Orji Uzor Kalu, was sentenced to 12 years imprisonment by Justice Idris Mohammed of the Federal High Court in Lagos. 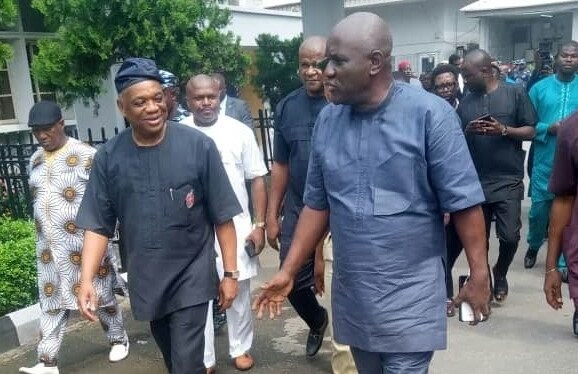 The Judge declared Kalu and his co-defendants guilty of the 39 counts filed against them by the EFCC.

While being escorted out of court, Kalu, who is the Senate’s Chief Whip, begged the prison warders not to handcuff him in public.

“Where are you taking us to now? Please don’t handcuff me. I will follow you.” he said

The conviction of Orji Uzor Kalu in the N7.1 billion fraud case against him, is a landmark judgement in commemorating International Anti-Corruption Day. It demonstrates a significant progress in the fight against corruption in Nigeria.
#UnitedAgainstCorruption #TrackNigeria pic.twitter.com/olpliOBaag

Boy sells his girlfriend into prostitution for N350k
Please Share this:
AD: How I make N225,000 Naira From the Internet Every Month