A 26-year-old lady identified as Ataghar Namdoo, has been apprehended for allegedly faking her own kidnap.

According to the spokesperson of the state police command, Bala Elkana, Ataghar allegedly conspired with her boyfriend Emmanuel Idu and Okpe David to produce a short video of herself blindfolded and driven to a bush at Sangotedo area in Ajah, Lagos state. In the video, the man wearing a mask and holding a Jack knife could be seen threatening to kill Ataghar. 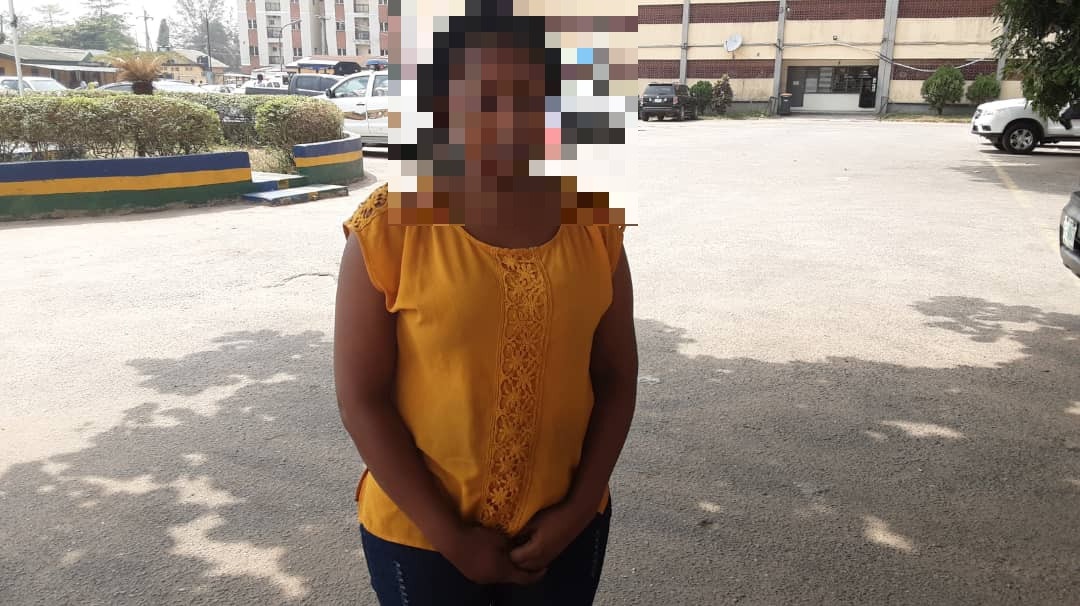 Bala says the men sent two videos to the employer of the lady threatening to kill her and to also go after the family of the employer if a ransom of N10 million is not paid. Frightened by the threat contained in the video and the follow up calls, the said employer reported the case to the Police. On the receipt of the case, the Commissioner of Police, CP Hakeem Odumosu psc ordered the Anti kidnapping unit to carry out an in depth investigate into the case.

The videos were thoroughly analysed alongside other vital leads. A well coordinated operation was put in place which led to the successful rescue of the self arranged victim of the abduction and the arrest of one of the two suspects, Okpe David, who is her boyfriend.

Bala says the Command has taken steps to verify the claim made by Okpe David that he is a military personnel. Police have equally launched a manhunt of the second male suspect, Emmanuel Idu, who is on the run.

When interrogated, Okpe David confessed to have provided the Truck used in driving Ataghar to the bush. He also admitted he did the video recordings sent to the employer of the Lady.

Bala says the three suspects all came from the state of origin, Benue State and have known each other for so many years. Both the lady and the man arrested confessed to the commission of the crime and that there aim was to extort money from the girl’s employer which they intend to share among themselves.

The police spokesperson said it is a criminal offence for anyone to fake his or her kidnapping. He added that under the Lagos state laws, the offender upon conviction, is liable to 14years imprisonment.