One Ahmad Aliyu, 32, has in new reports, been rescued by the Kano state police command after he was said to have been locked up in a room by his father and stepmother for seven years in Farawa Babban Layi, Mariri Quarters in Kumbotso Local Government Area of the State. 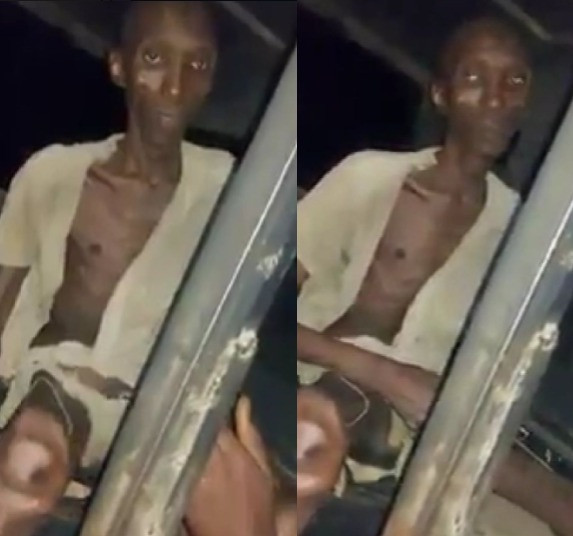 According to the reports, men of the Kano State police command came to Aliyu’s rescue after a video showing his sad state went viral.

Aliyu looked emaciated and dehydrated in the viral video — he had spent days without food and water and reportedly drank his own urine whenever he was tasty.

A concerned neighbor alerted the police in Farawa and members of a non-governmental organization, Human Rights Network.