Pope Francis has apologized for slapping a woman’s hand as he greeted pilgrims at the Vatican on New Year’s Eve.

Recall that the viral video showed a woman grabbing his hand and yanking him towards her. The upset Pope slapped the woman’s hand in an attempt to extricate himself. (Read HERE) 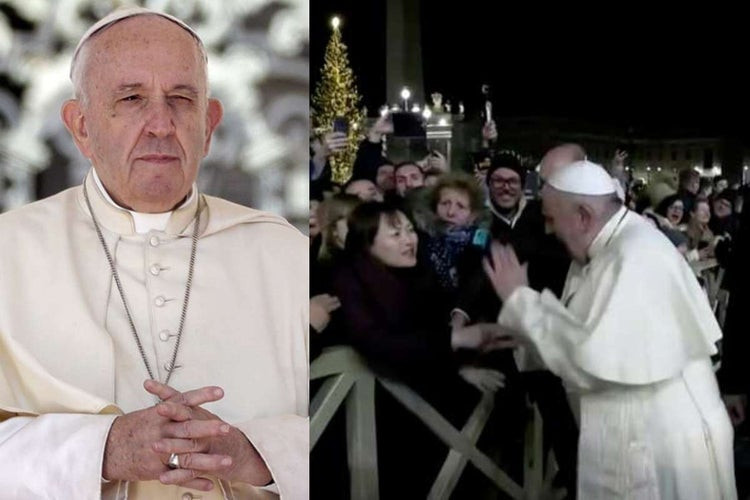 In his new year message, the pope admitted that he also loses his patience sometimes. He referred to the act as being a bad example.

“Women are sources of life. Yet they are continually insulted, beaten, raped, forced to prostitute themselves and to suppress the life they bear in the womb.”

“Every form of violence inflicted upon a woman is a blasphemy against God, who was born of a woman.

“I apologise for the bad example yesterday … sometimes even I lose patience.”

Read Also:  Femi Otedola calls out individuals who are yet to fulfill their pledges to the COVID-19 relief fund
Please Share this: