Two suspects who have been posing on social media as modelling agents, luring young models to hotels and bars and robbing them of money and personal belonging, have been arrested by the operatives of Rapid Response Squad, RRS.

The suspects, Stanley Odachi, 27 and Chuks Oragwu, 31 were arrested recently while they were luring another victim to an hotel in Igando, Alimosho, Lagos. 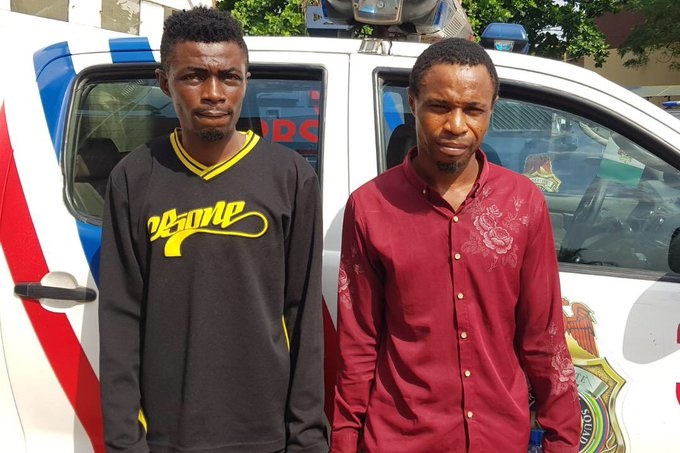 At the time of their arrest, about five girls have registered their complaints with the Decoy Team of the RRS that the suspects absconded with their mobile phones and money under the pretext of registering them for modelling jobs.

The victims added that they were subsequently asked to report at hotels, where they were made to surrender their mobile phones, which the suspects escaped with.

Undercover officers of RRS have arrested these two fake modelling agents who lure ladies via instagram to locations where they rob them of their phones, money and personal belongings. #TheGoodGuys pic.twitter.com/cmCRYaURHi

The two suspects along with their receiver have been transferred to the State Criminal Investigation Department (SCID) for further investigations and prosecution.