Scotland has become the first country in the United Kingdom to make smacking children a criminal offence.

The ban on all physical punishment was backed by 84 votes to 29 by the Scottish Parliament on Thursday afternoon (Oct. 3). The bill was introduced by Scottish Greens MSP John Finnie. He argued that, ‘Physical punishment has no place in 21st century‘.

The law change is aimed at giving children the same protection from assault as adults. But parents and carers are only allowed to use ‘reasonable‘ physical force in order to discipline children.

Reacting to the passage of the bill, Mr Finne said it sent a ‘strong message‘ that violence is never acceptable.

‘I am absolutely delighted that the Scottish Parliament has taken this historic and courageous step.

‘The leadership shown by MSPs will send a strong message that violence is never acceptable in any setting, and that our children deserve at least the same legal protections that adults enjoy.

‘Physical punishment has no place in 21st century Scotland. The international evidence tells us that it can have serious impacts on children, and that it is not effective.

‘As I have progressed this campaign over the last three years, it has become clear just how many people believed that striking a child was already outlawed.

‘I am extremely proud to have brought forward the legislation that will enhance children’s rights in Scotland and believe that today we have taken a huge step toward making Scotland the best country in the world for children to grow up in.’ 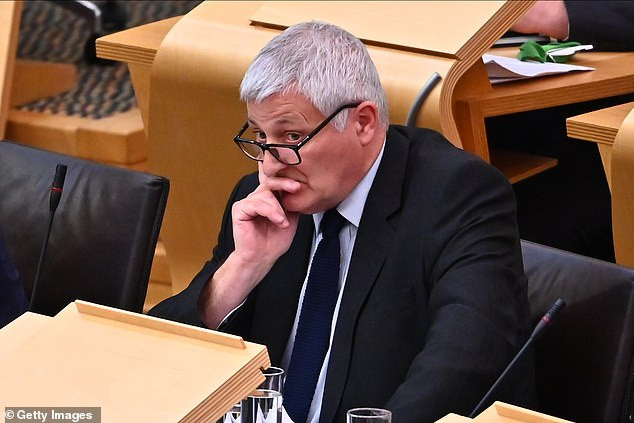 Mr Finnie earlier addressed critics of the Bill, who suggested it could criminalise parents.

Read Also:  ‘This shouldn’t be “normal” in 2020 America’ – Barack Obama reacts to the death of George Floyd

‘There is no evidence that a change to the law results in increased prosecutions in any of the more than 50 countries where some of the reforms have taken place.

‘In fact, this change in the law in Ireland prompted more parents to contact services to ask for help and support with alternative disciplining techniques.

‘Surely this is something which should be welcomed, and an encouraging consequence of a positive legal change.’