A video serving rounds on social media has captured the moment Security operatives stormed houses, in a bid to retrieve COVID-19 palliatives allegedly looted overnight from a warehouse in Ibadan. 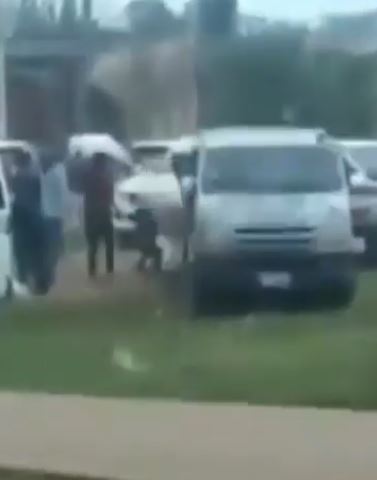 It was gathered that, some of the houses visited by these soldiers are around Ajara Community Primary School in Akobo, Ibadan.

In other news, the Permanent Secretary of Ministry Of Agriculture, Lagos State has reacted to the discovered COVID-19 palliative warehouse in the state.

It can be recalled that a mission by hoodlums aimed at looting the warehouse led to the discovery of COVID-19 palliative meant for indigents. Angry Nigerians, thereafter stormed the 600ft by 600ft warehouse to carry the relief materials, leaving nothing behind.

Read Also:  Neo finally speaks on Venita’s interference with his relationship with Vee

The Lagos State Government was heavily criticized for hoarding the food items, while citizens lacked food during the COVID-19 lockdown.

Speaking on the issue, the Permanent Secretary condemned the looters and stated that the palliatives were not meant for Lagos alone, as it also belongs to a private company and other states.

According to him, the materials were supposed to have been re-packaged and distributed but they had to stop because of the ongoing #EndSARS protest.