A rather shocking video that’s made its way into the web, shows the surprising moment some residents uncovered fetish objects inside a church located in the Agulu area of Anambra state.

Reports surrounding the video suggest that the church which the objects were uncovered is a Sabbath church which has a woman as leader of the supposed “place of worship”.

Locals around the area gathered in horror as idols were seen lying all over the floor with people’s photos, baptismal cards and ID cards. International passports were also seen at the scene. 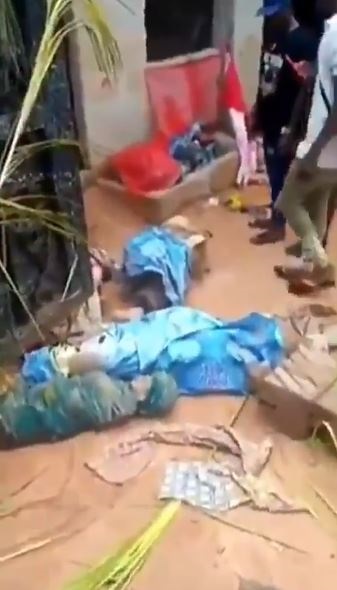 The individual who recorded the video claims that the photos are that of people who have actually been killed.

The person recording the moment claims that the mirror found in the church was being used to invoke peoples spirit.

The person also warned people about visiting prayer houses in search of miracles without knowing the source of their power. As of this moment, the said leader of the church is said to be on the run.