Few hours after a lady shared a video she made of a trader soaking mango inside gutter water before selling to people in the Agungi area of Lagos state, authorities stormed the area to arrest to supposed trader(s) who indulged in such act. 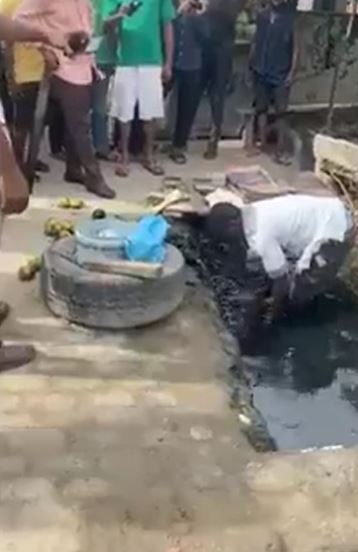 In a recent development, possibly after interrogating the suspects, another video now shows the moment the trader brings out the fruits that were stored in the dirty drainage system in the same area. 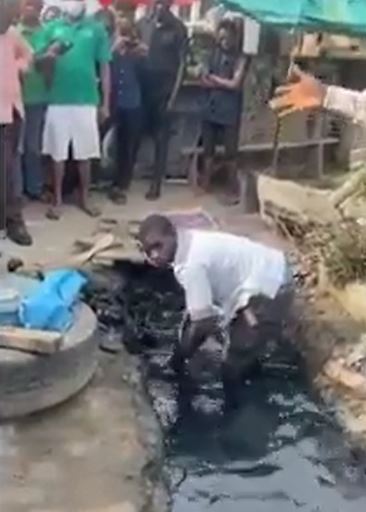 The lady who had initially shared the video after she caught the perpetrators had stated the exact location of the traders and moments later, it was reported that the trader(s) had been arrested over the discovery.

In the new video that’s been making the rounds, an aboki is seen in the same exact location bringing out mango fruits from the dirty gutter as people stood by and watched in utter shock. 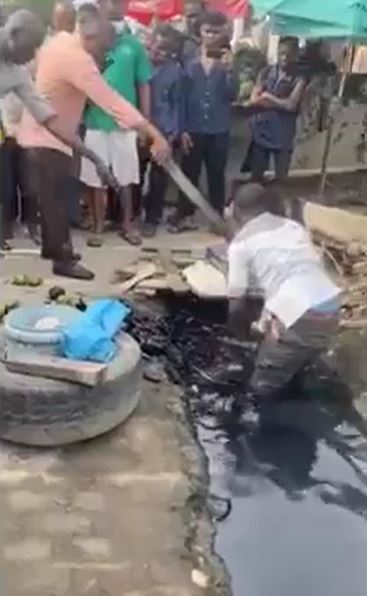 The video has caused Nigerians to be watchful of the street food they buy from these peoples as majority of them practice no form of hygiene and even indulge in despicable acts that’s detrimental to the health of their customers.

Watch the video that has been making the rounds below,

– Moment a trader was ordered to pick out all fruits he kept inside gutter water for preservation before selling to buyers in Agungi, Lekki.