A Nigerian man, Olorunshola Islaq Tiamiyu Etti has taken to his facebook page to pen a very emotional post following the tragic death of his son who was just 16 years old.

It was gathered that the man’s son died after being electrocuted by a transformer in Surulere, Lagos. 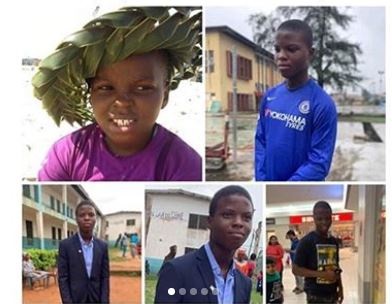 QUENCHING THE JOY OF FAMILY

My first and eldest son, 16 years old, missed his Admission to read Law @ UNILAG, August 2019
due to the Uni’s policy of not allowing WAEC & NECO, we decided that he tries the WAEC again to have all his papers in one sitting, given his age – age 17 wouldn’t be too late to get into a University.

We enrolled him in a WAEC tuition class and to acquire a skill in mobile phone software and hardware (his passion and area of interest) at a place not far from the tuition house.

He attended the skill acqusition centre in the morning and the WAEC class in the evening, Monday to Friday..

Withing that one year of waiting for another Uni admission opportunity. A Young man, Brilliant, Vibrant, Energecti, Promising and with a passion not to be left idle for a year doing not.

On this faithful day, Wednesday 27th of November, he left home around to 11am to attend classes and at around 11:35 that day, we were called by the owner of the skill centre that our son was at the emergency ward of Randle Hospital @ surulere, Lagos,

On getting there with my wife, the mother, I was taken in separately and told that my son was electrocuted by a concrete electric pole carrying a mini Transformer and held together with metal Rods and plates. The types we see around surulere streets and was Brought in Dead. 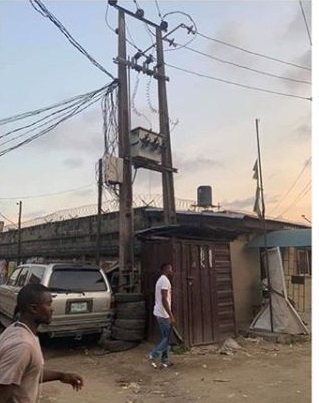 I was led to the place where the remains of my son was covered, opened it and saw the lifeless body of my child. At first i saw myself dreaming and praying to God that it should nto allow this happen to my family, then i bursted into an uncontrollable tears.

I heard someone say in Yoruba that ”Please don’t do this your wife has fainted outside”, i quickly wiped my tears and dashed to rescue her.. What a pity, this is an aviodable death.

Like a candle placed in the wind, the innocent young man’s life was cut short as a result of a failed country where the life of her citizens is worth next to nothing, where somebody has refused to do what he’s paid to do.

I named yo Oluwatoki (God is worthy to be praised and adored), Omotolani ( a child is worth more than all other wealth) because of the circumstance surrounding your birth.

May his gentle soul rest in perfect peace. We love and miss you.