Ghanaian pallbearers whose video of them dancing with coffins on their shoulders have been used for viral memes on social media, have advised people to stay home during this pandemic time. 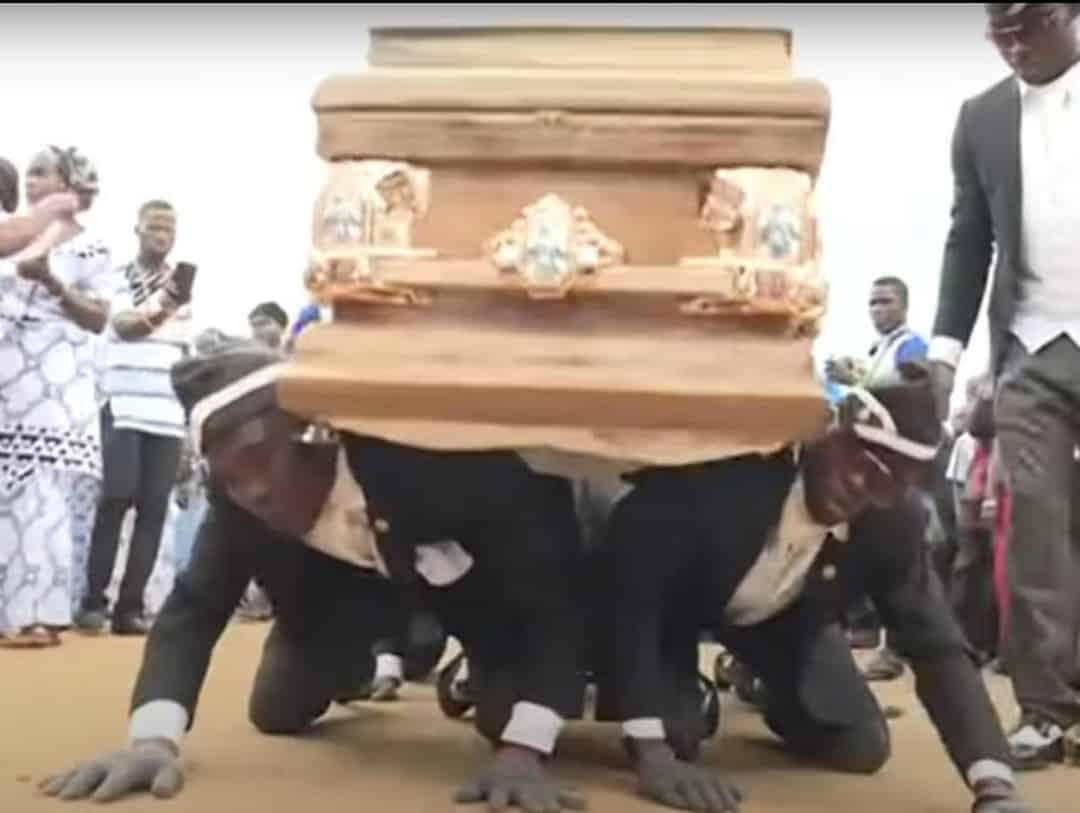 Leader of the group, Nana Otafrija, in a new video, says this isn’t the time for unnecessary movements as he warned that people should remain indoors or risk dancing with them inside a coffin.

The men, quite fashionable in their black suits are noted for their high-octane performances while carrying coffins, giving funerals upbeat vibes – and amid the COVID-19 pandemic, they’re spreading precautionary messages about keeping safe.

The pallbearers became really popular following a numerous number of comic videos and memes which featured them at the end of the videos.

Read Also:  “Nigerians are so used to suffering that they think it’s normal” – Singer, Simi says