A young man who beheaded his nephew has given a reason for his action. 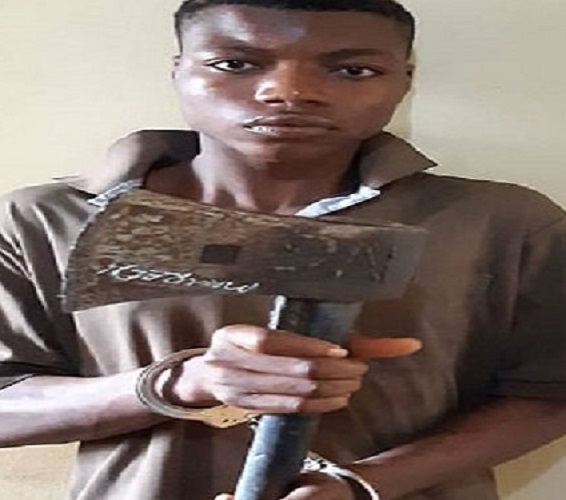 Uchechi Eze blamed his deadly action on eing under the influence of a substance suspected to be Indian hemp.

The suspect said, “I didn’t know what my friend gave to me to eat and the thing turned me mad. I quickly ran away naked after killing the boy.”

Confirming the incident, police spokesman, Haruna Mohammed said the suspect has been arrested.

“The victim died on the spot and the suspect escaped to an unknown destination.

“Police operatives attached to Obosi Division visited the scene and took the victim to Unity Hospital Obosi where he was confirmed dead by a medical doctor and his body was deposited at St. Edward Mortuary for autopsy while intensive manhunt of the suspect intensified.

“Following intelligence report, police detectives attached to Obosi division in conjunction with a vigilance group in the area arrested the culprit at a criminal hideout smoking substance suspected to be cannabis sativa.

“Uchechi voluntarily confessed to the crime and the exhibit he used in perpetrating the dastardly act was also recovered in his possession.”