Chieme Martins, a Nigerian footballer, on Sunday afternoon, March 8th slumped and died during one of the Nigeria Professional League games. 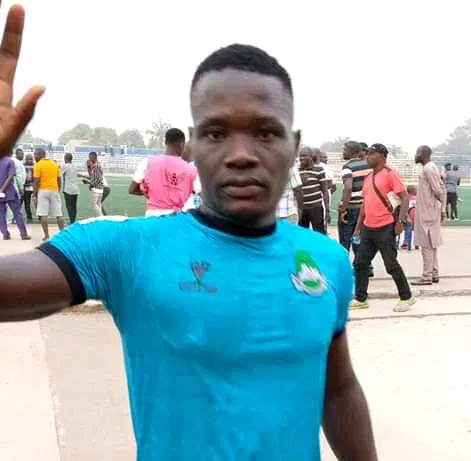 He was subsequently rushed to Dalhatu- Araf Specialist Hospital in Lafia where he was pronounced dead.

According to reports, his teammates went on to win the game, with three goals to nil… but below is a video of them weeping and wailing after they got hold of the news that Chieme has passed.

Reacting to Chieme’s death, the Chairman of the League Management Committee (LMC), Shehu Dikko, said the league regrets the passing of the young man in his prime.

“We commiserate with Nasarawa United and the immediate family of the late player,” Mr Dikko said.

He added: “It is hoped that the findings of the autopsy would inform subsequent measures, if any that has not been addressed by the existing standard procedure.” 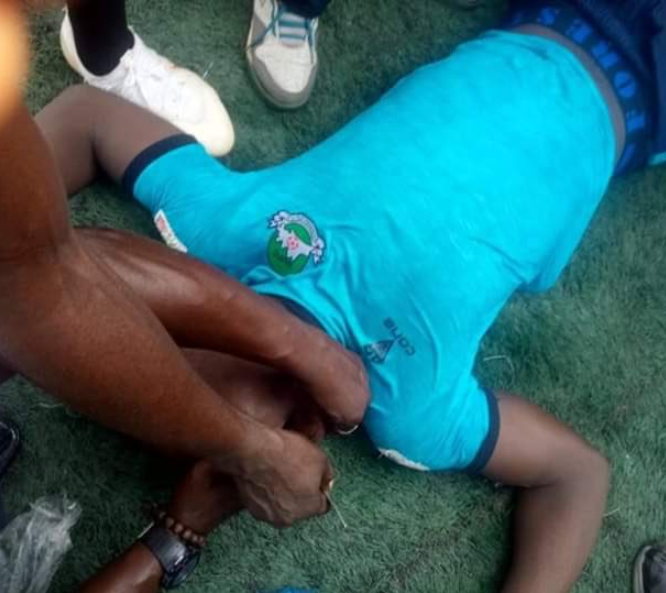 Meanwhile Cool FM Sportscaster, Buchi who also confirmed the incident, claimed that there was no medical team at the stadium where the football match was played in.

According to Buchi, the late Nasarawa United player was rushed to the hospital in a press crew vehicle.

– Chieme Martins of Nassarawa United has died after a collision with a Katsina Utd player earlier today in the NPFL.

– Player was rushed to the hospital and died there.

– No Medical Attention at the Stadium!! Like no Ambulance in an official NPFL game

Your club and the League failed you.

Watch the video of his teammates crying, after they got hold of the news that he passed;