A teenage armed robber who has been terrorizing residents of the Agga community in Rivers state has been apprehended.

According to reports, the armed robber was caught and tied with rope by local security body, (OSPAC) Onelga security planning & Advisory Committee.

It was gathered that the criminal who has been identified as a native of Ndoni operated using a local constructed gun.

See more photos of the teenager below, 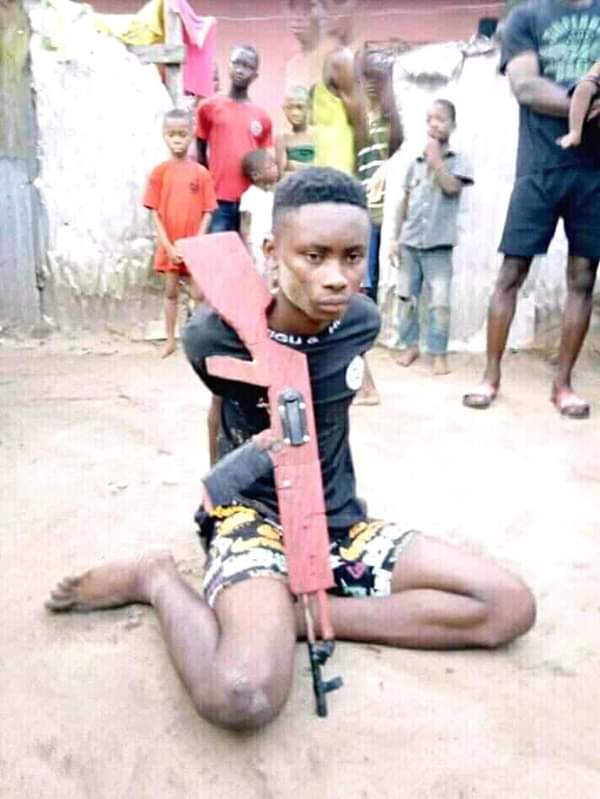 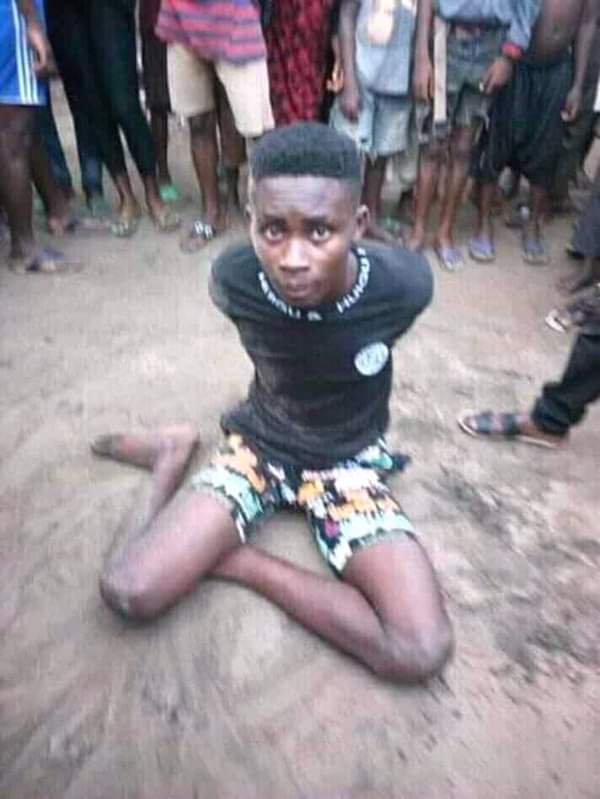 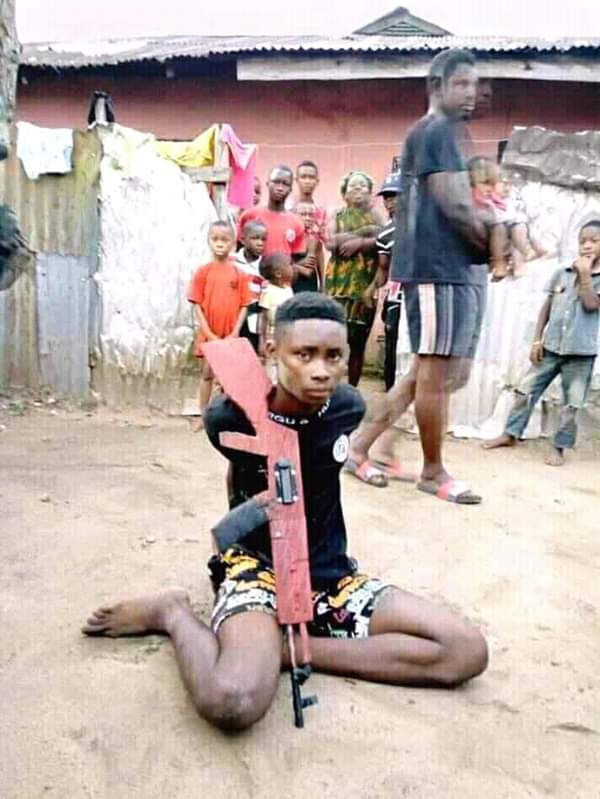 In other news, a CCTV footage captured the moment some robbers broke into a parked car and carted away with the valuables of the owner – the voices behind the video said that the robbers mixed salt and saliva to crack the glass of the car and then gained access to steal the valuables inside.