A family in Ibadan, Oyo state has been thrown into mourning after three of their children were burnt to death in a fire outbreak that occured in the early hours of today January 3rd. 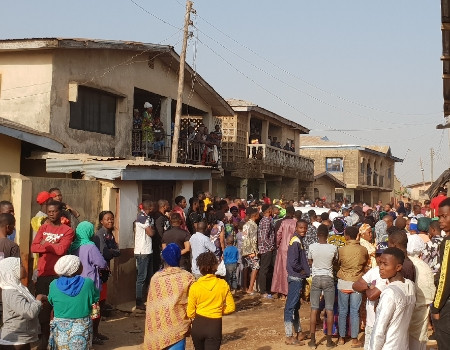 According to reports, the couple and their children reside in an apartment located at Ehin Grammar Area of Molete, Ibadan. On Thursday night, the wife who is popularly known as Iya Ara, had gone to work as she is said to be on night duty while the husband locked the children inside the house and went away with the key. Although the cause of the fire is yet to be ascertained, it spread so fast, causing the children to be trapped in the apartment.

The eldest, of the children, it was gathered was a secondary school student whose name was given as Glory while the two others were said to be in primary school.

The police arrived the scene of the incident this morning and have evacuated their cahrred bodies to the morgue.