Tiwa Savage has canceled her appearance at the DSTV Delicious Festival in South Africa due to the xenophobic attacks on Nigerians. 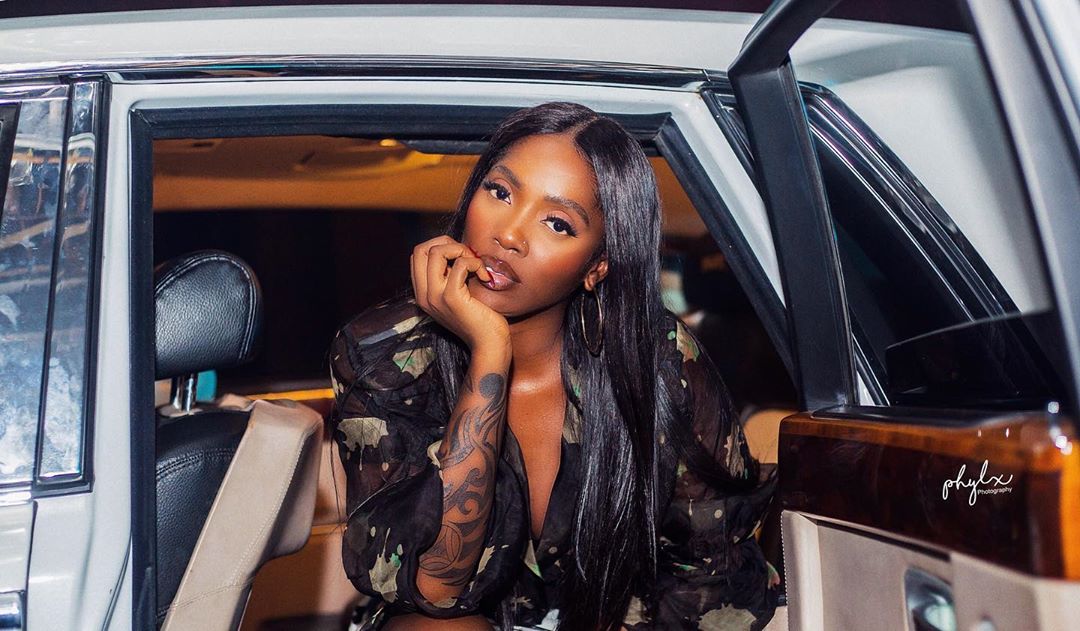 This action was taken as a result of the xenophobic attacks carried out by South Africans against foreigners mostly Nigerians in their country, which has led to an outrage on social media and the media.

In her recent post shared on twitter, the singer condemned killings of innocent Nigerians and therefore will not be performing at the upcoming DSTV delicious Festival in Johannesburg on the 21st of September. She wrote;

“I refuse to watch the barbaric butchering of my people in SA. This is SICK. For this reason I will NOT be performing at the upcoming DSTV delicious Festival in Johannesburg on the 21st of September. My prayers are with all the victims and families affected by this.” 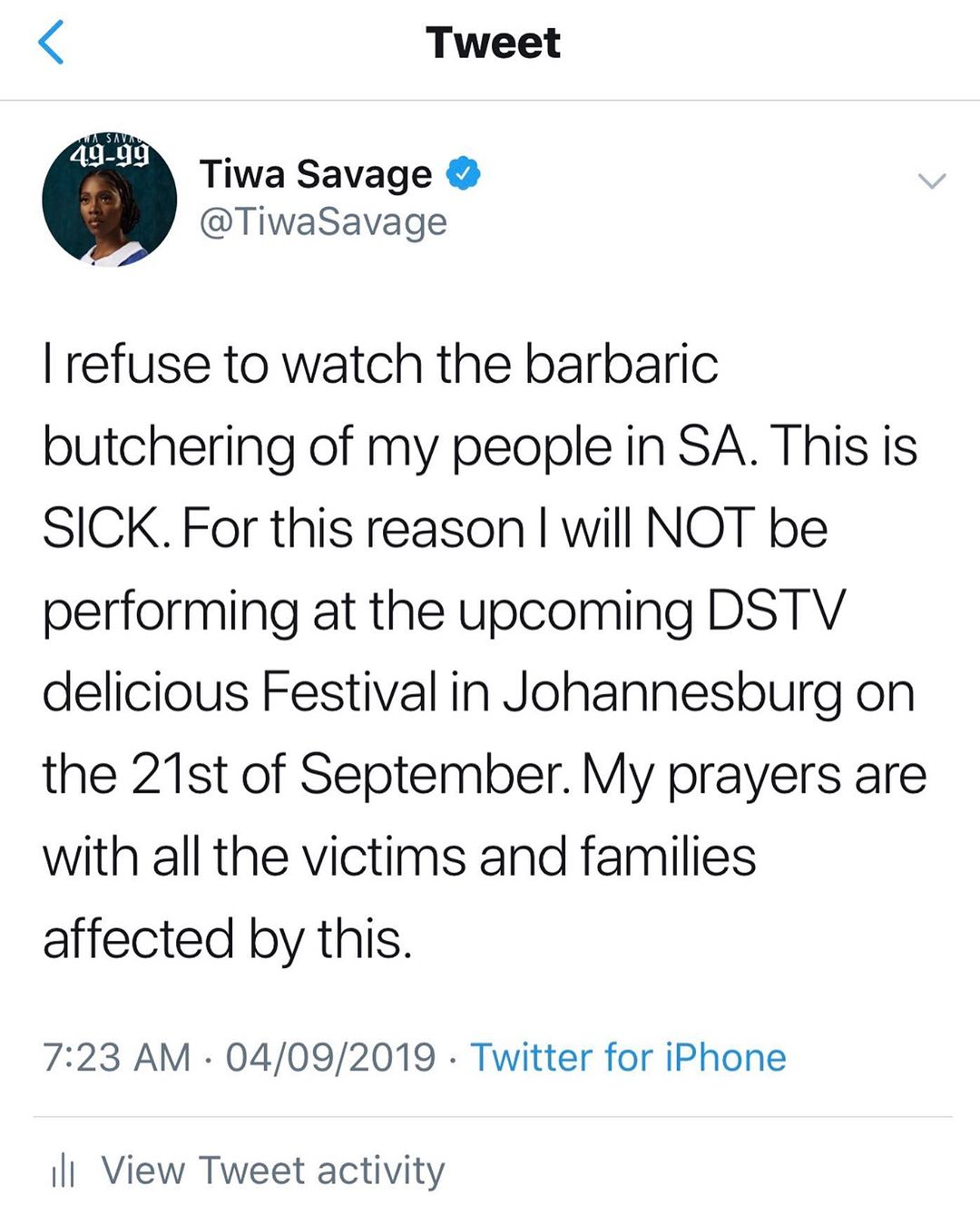