Popular Nigerian music power house, Tiwa Savage has reacted to being called a lesbian by one of her fans.

The divorced mother of one has responded to allegations of being in an intimate relationship with her hairstylist, Chyna Bee. 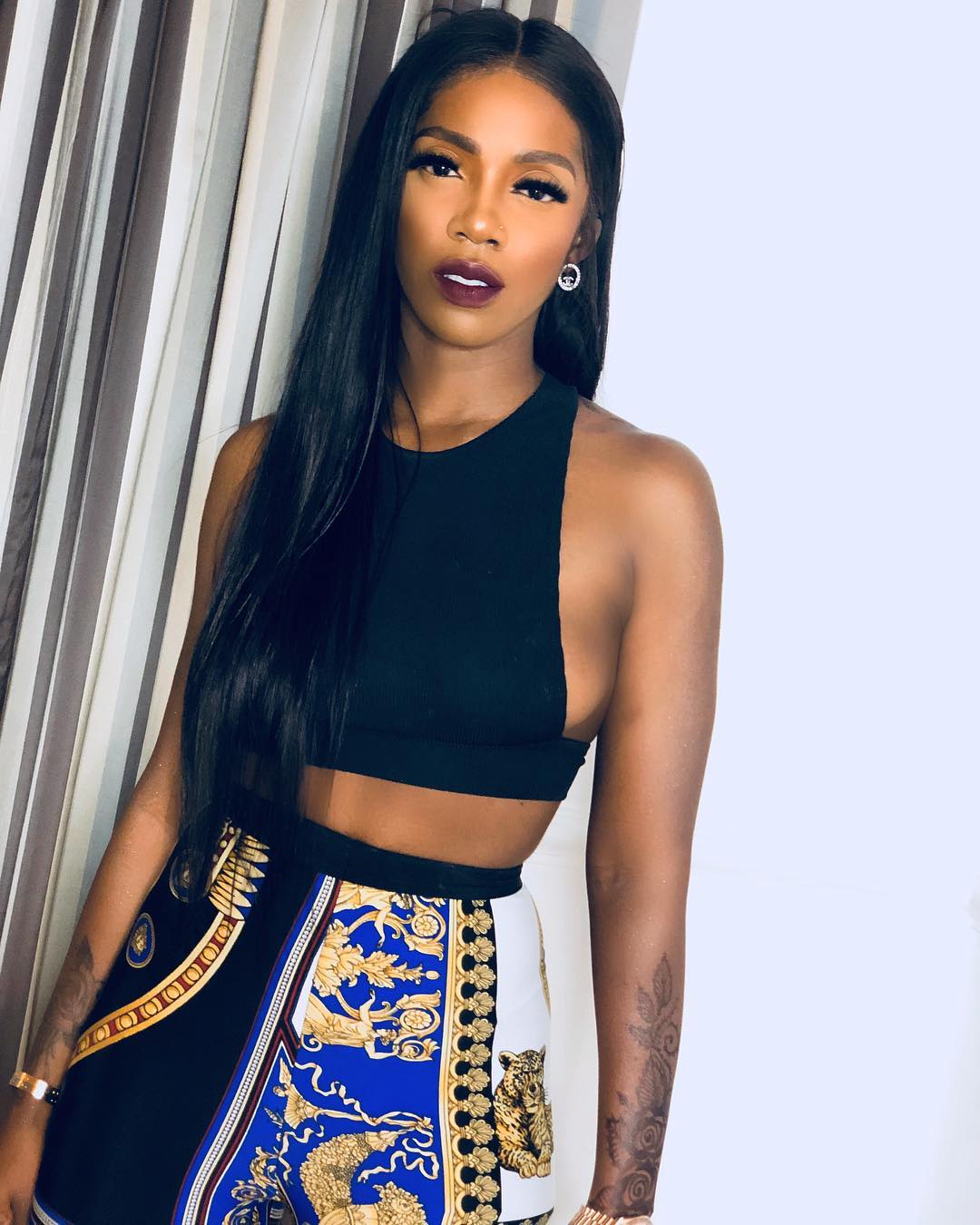 This is coming after one of her fans dragged her for allegedly being in an intimate relationship with Chyna Bee.

According to the Instagram user, their alleged same gender affair would soon be announced through an Instagram blog.

Tiwa reacted stating that they can go ahead to post the whole issue as it would help her career.

The singer also added that the issue would aid raise and increase her fan base as there are plenty women that would like to get laid her. She said:

“Is as if coro don enter this ones brain. And trust me when you publish your rubbish you go increase my fan base cause plenty babes don dey wait me for that side. Won ma ko mije” 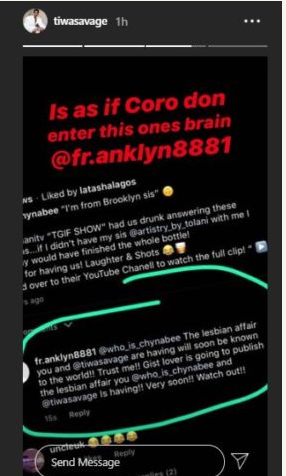 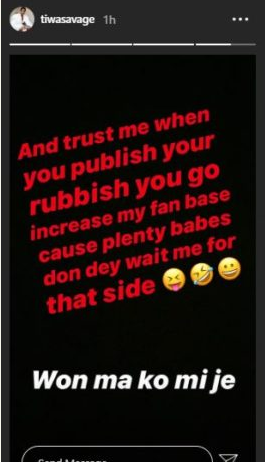