Actress Tonto Dikeh has been busted by eagle-eyed instagram users after she shared pictures of herself on a podium supposedly speaking to an audience at a conference organized by Modul University Dubai. 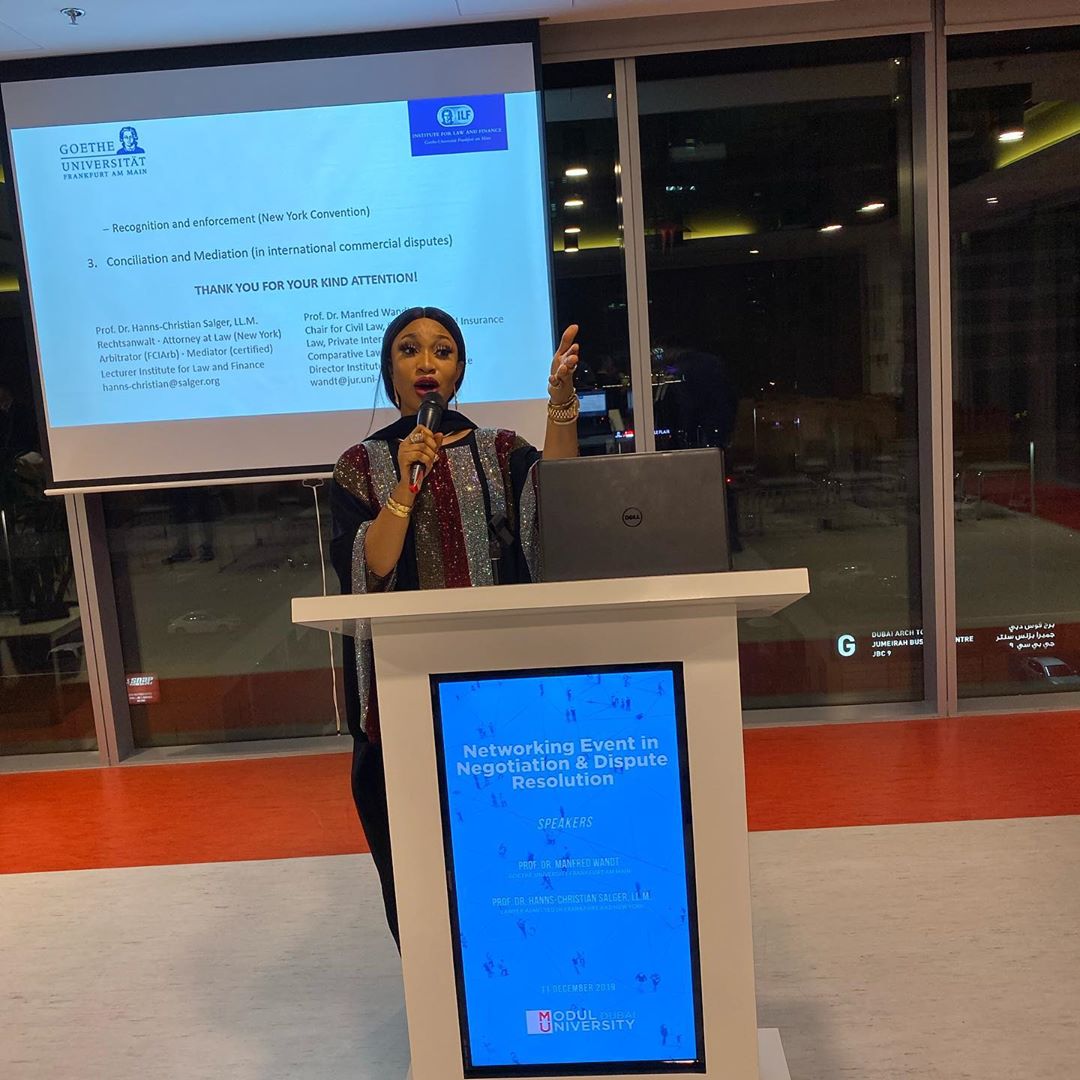 As seen in the pictures, it appears like the actress was never speaking to any audience and that it was all an “audio (FAKE) conference”.

A closer look at the pictures, without zooming in, clearly shows that while the actress was busy at the pulpit delivering a speech, the conference hall had no audience seated in it. 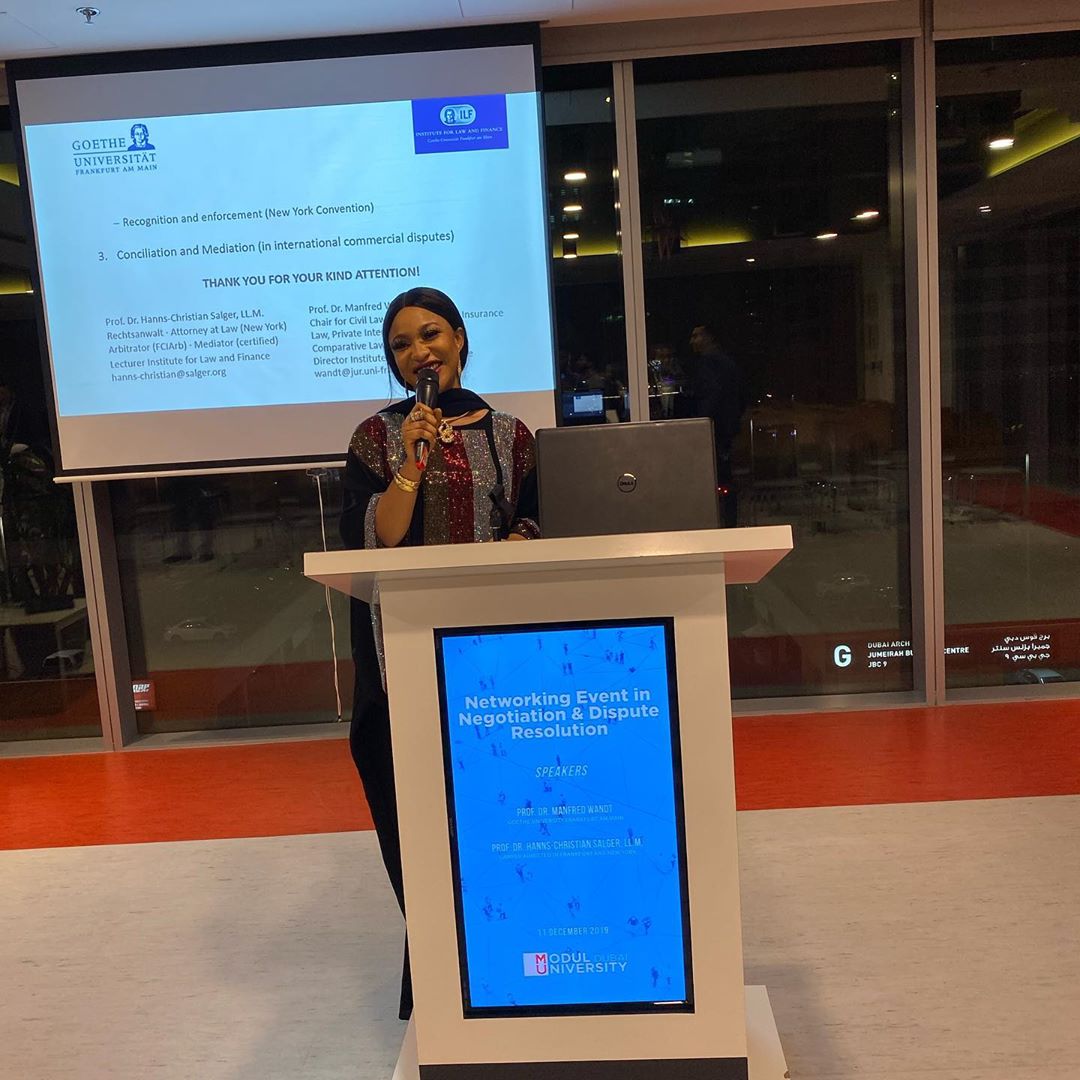 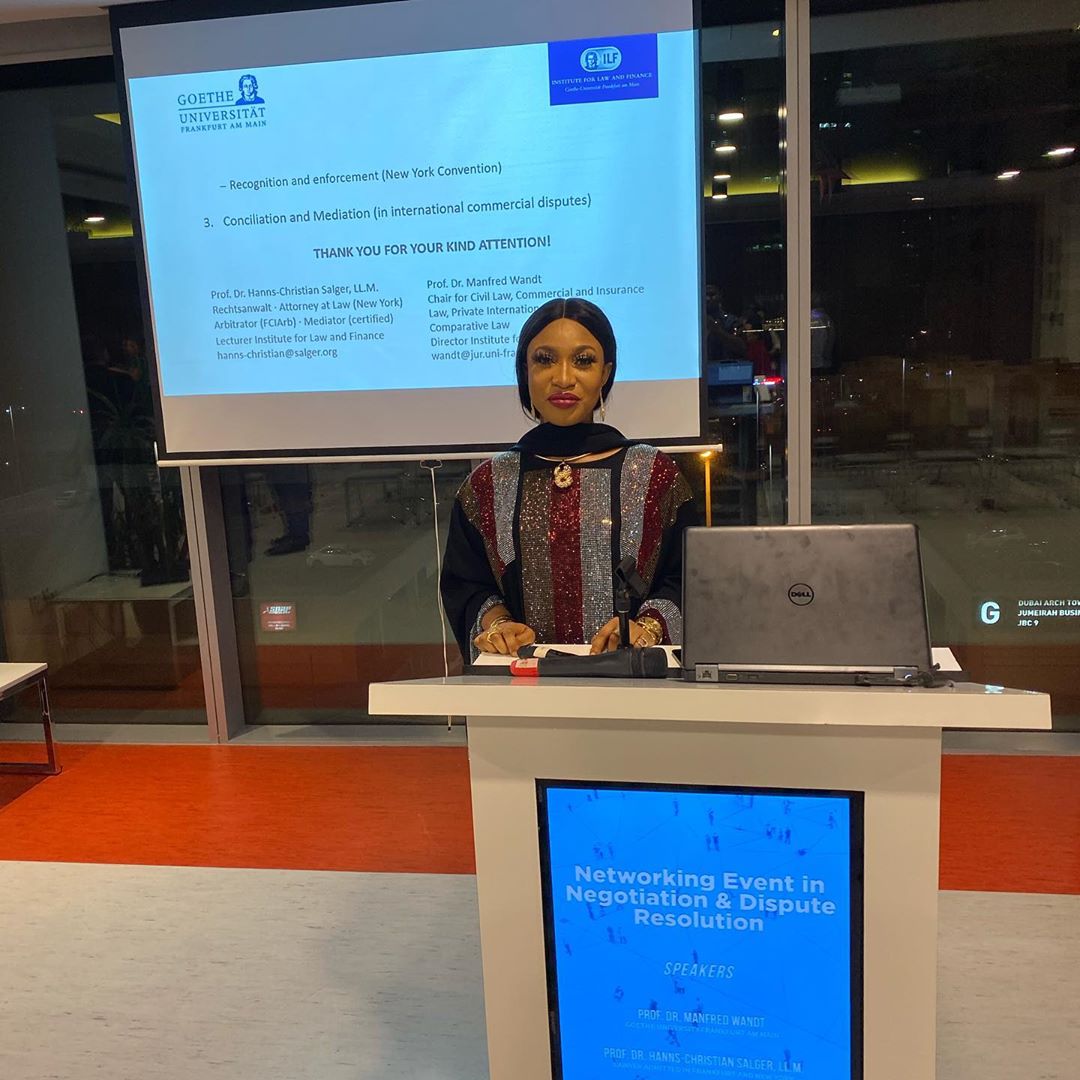 “Tonto attends a conference, hangs around a conference hall after presentation is over, poses on the podium speaking to an empty room with imaginary audience (zoom picture) using powerpoint presentation of the last speaker, thanks the university for an amazing experience.

Now this is what we call packaging. You wonder how these foundations make their money? They have to package pictures, spin images to seem like what they are not, present all these as evidence to a big funding individual/organisation and get the fundings they need to continue their expensive living.

She has been introduced to people in that line of work, now go through her page and start noticing, she posts old charity pictures with disabled, aged etc. Shouting out about 10000 smiles for kids in Nigeria. I tell you they have found a mugu and now packaging the thing for him.

Snapping pics with foreigners, making it seem like a deal is being closed and finally today unveiled a foundation in her son’s name. All na format. If you know, you know. All these hustle to be able to afford a few fake designer bag and clothes”. 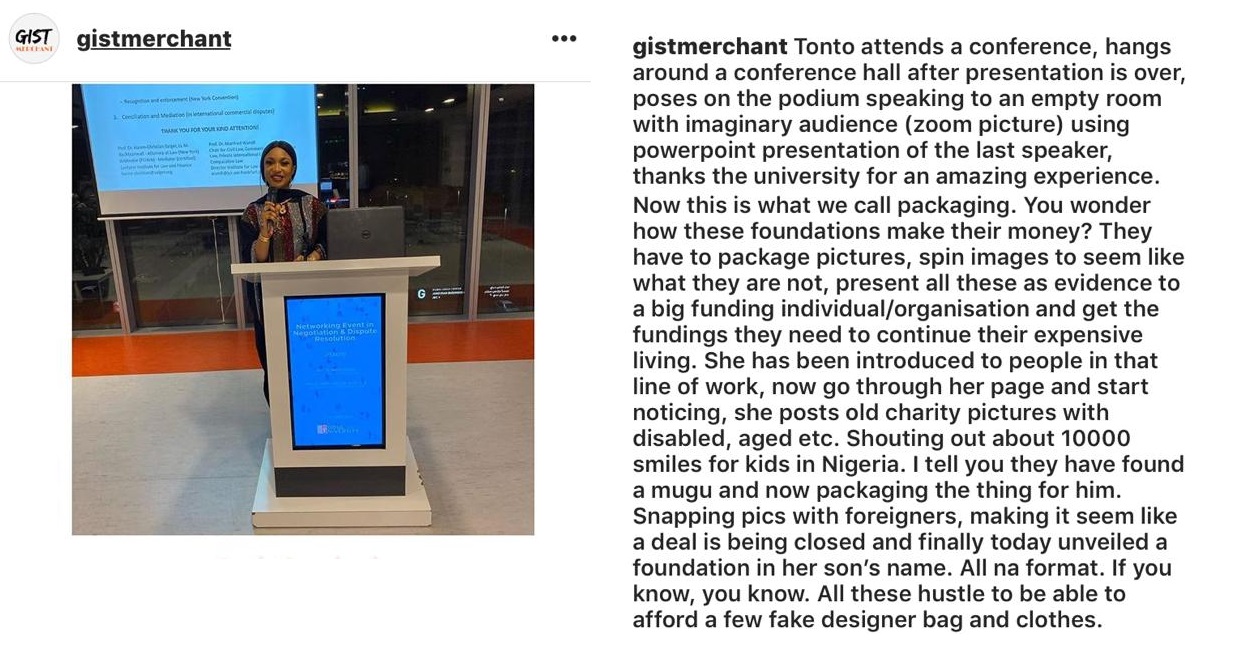