Tonto Dikeh has shared a video of a new Bentley she says is hers in a bid to shut down the claims that she’s living a fake lifestyle. 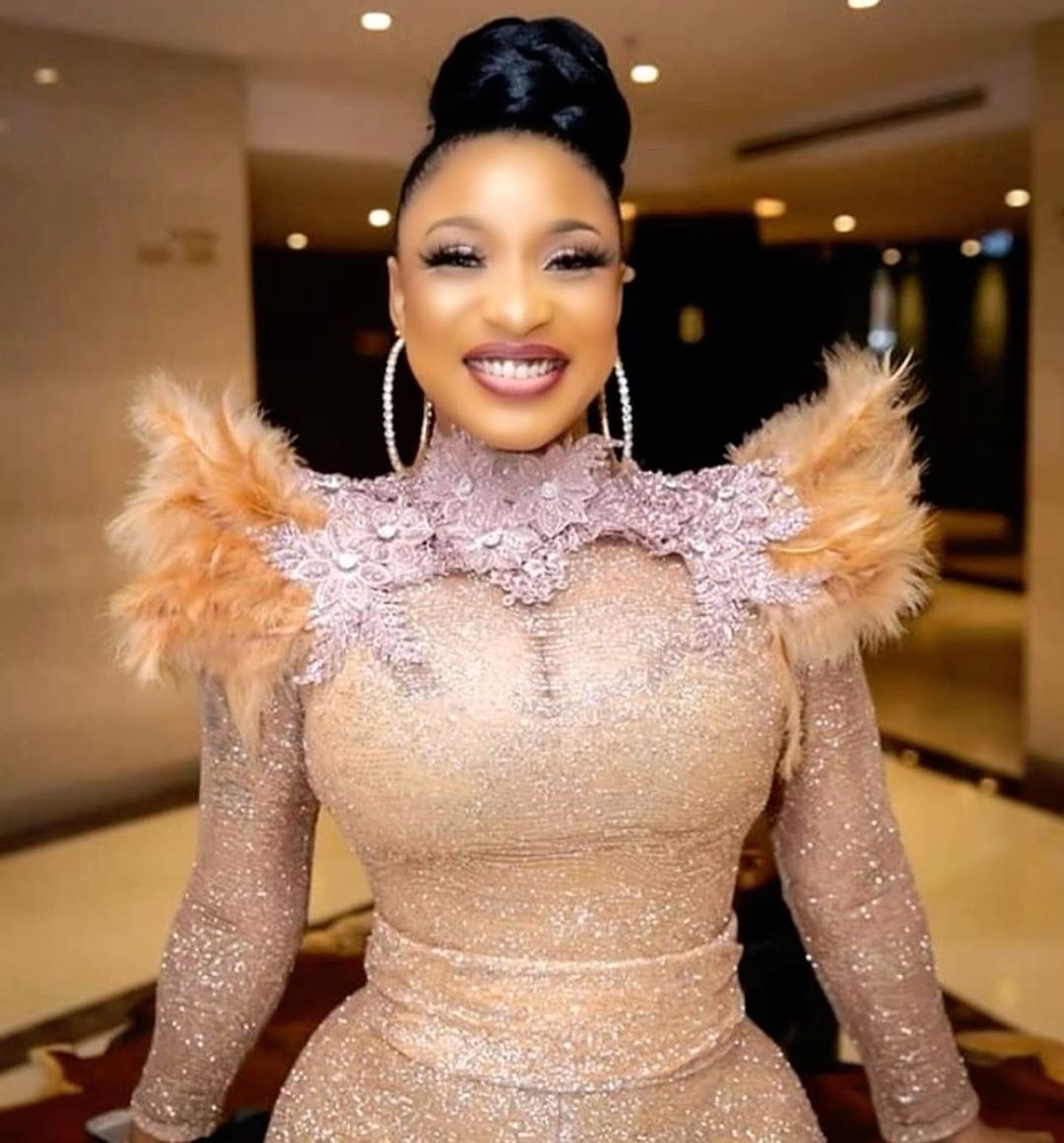 The actress shared the video on Instagram and added a caption directed at her critics who say her lifestyle is “audio”.

“Chai, where are those people that laughed ooo,” she wrote, adding, “My audio lifestyle, new audio Bentley, new home under construction in my son’s name. New audio Lexus for my baby boy tooo wey we never pay for finish. Who is your God?”

#Awon Audio detector, how market??
Las las God I’m not making mouth I’m just humbled …
I AM JUST A SIMPLE FARMER OOO, imagine if I become actress??? Ehmmm
#ANYWAY THESE ARE THE REASONS I HAVE BEEN PUSHING AND MIA.. e no easy I no go lie
#AUDIOLOGESTYLETHATPAYS #AUDIOKING 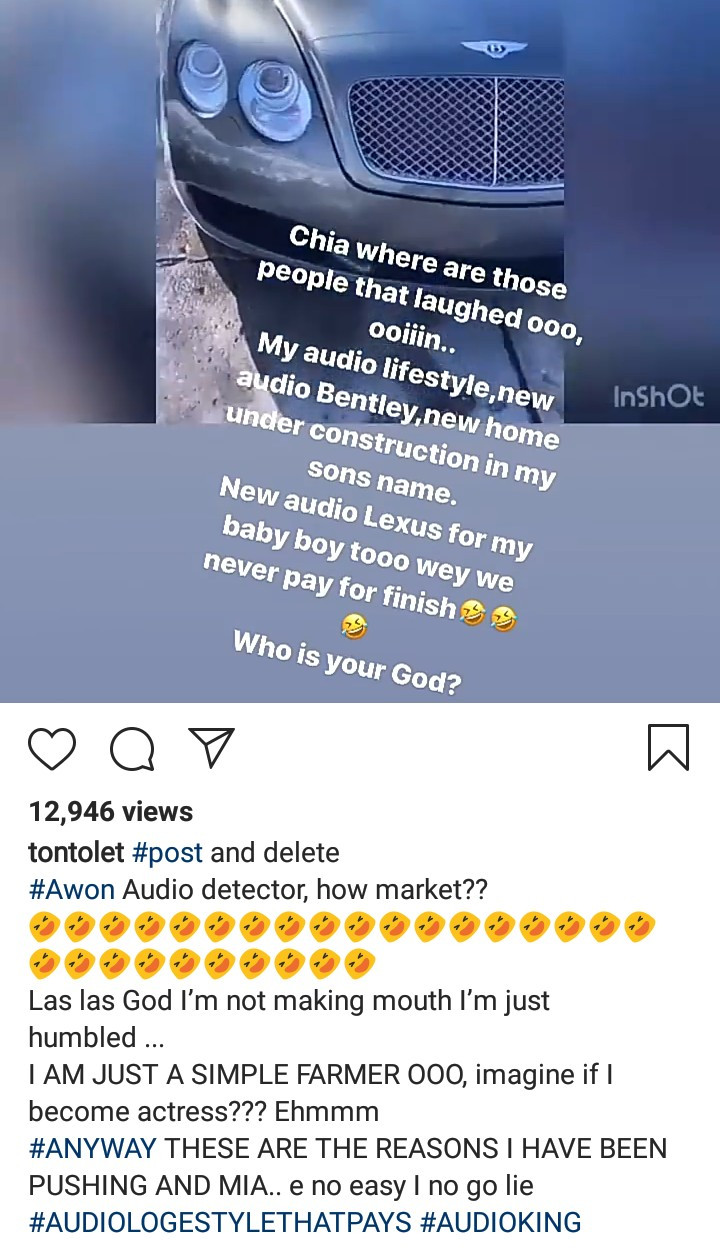 “That is King Tonto’s car, all cleared and paid for,” a man with a foreign accent is heard saying in the background of the video.

In an earlier post, she revealed that it’ll cost her an additional 7 million Naira to clear her Bentley. 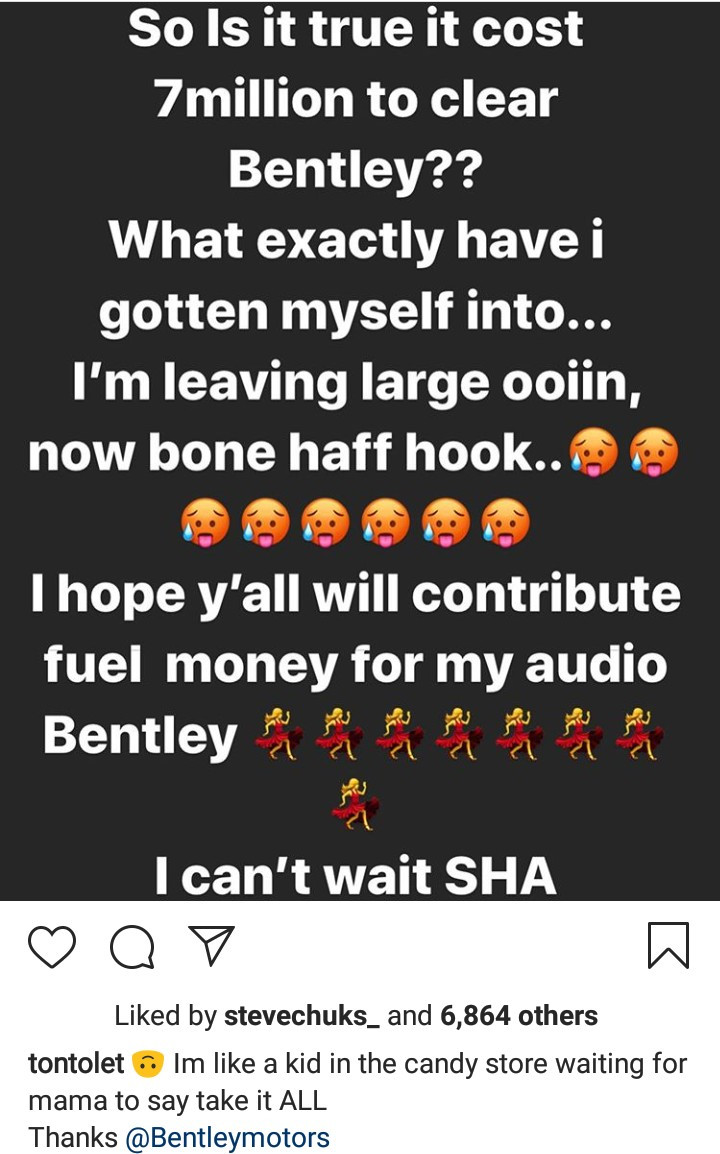 Below is a video of the new Bentley;