On Saturday, 14th March, 2020, Nollywood actress, Toyin Abraham bagged the ‘best actress’ award at the AMVCA 2020 edition for her performance in the ‘Elevator baby’ movie and to celebrate she gave her husband, Kolawole Ajeyemi, a lap dance at the ‘after party of the event.’

Toyin Abraham arrived at the AMVCA in grand style, making a statement in her voluminous ball dress designed by celebrity stylist, Toyin Lawani. 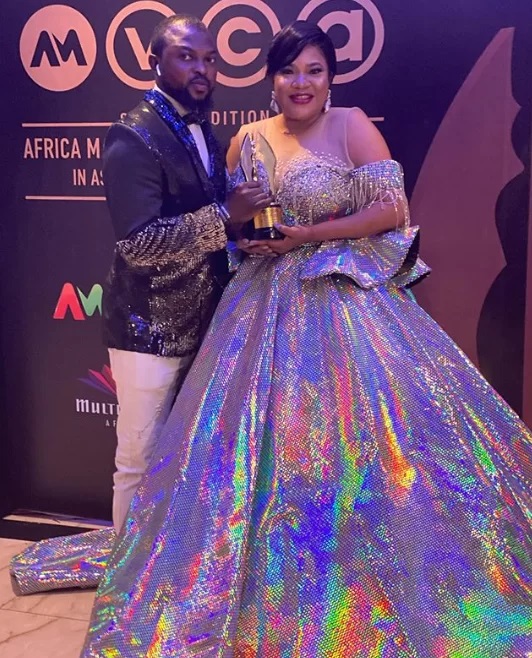 The Actress’ husband, Kolawole had to hold the lengthy train all through her movement on the red carpet, into the hall and when she was called on stage to receive her award.

While receiving her award, Toyin Abraham on stage, appreciated Kolawole for being an amazing husband and best friend, after which she dedicated the plaque to her son, Ire.

The couple later went to the ‘after party’ of the event and Toyin was captured in a video dancing with her hubby.