A lady has taken to her social media platform to recount how a male corps member serving in northern Nigeria was beaten and almost killed because he performed CPR on an unconscious female student to resuscitate her.

Writing via her handle, @Deola_Adereti narrated how a JSS 3 student felt ill and was brought to the office occupied by corps members. A male corps member asked the sick student to remove her hijab so he could pour cold water on her face because she was sweating profusely and was running a temperature.

But the sick student refused to remove her hijab for religious reasons. She soon collapsed and her breathing became faint. As the male corps member tried to perform mouth-to-mouth resuscitation, students objected.

But she soon stopped breathing and the corps member ignored the protests and performed CPR on her. That saved her life. When she recovered, she was taken to the hospital, while angry male students went after the corps member with weapons. He managed to escape.

The following day, the father of the girl and other male members of the community came after the male corps member. They allegedly accused him of defiling the sick student and beat him to within an inch of his life. 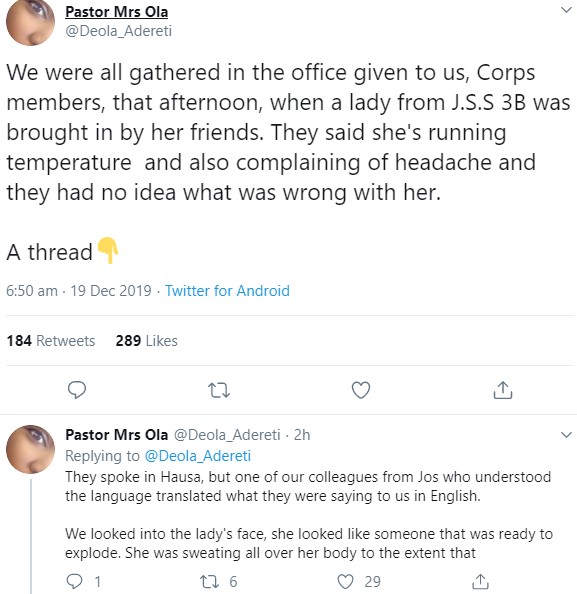 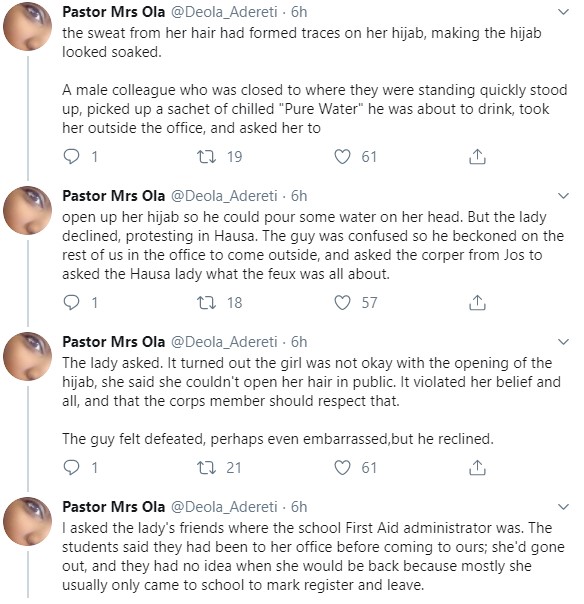 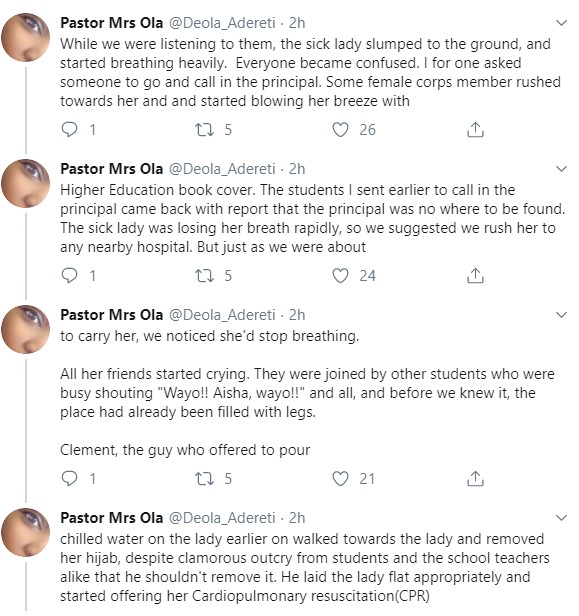 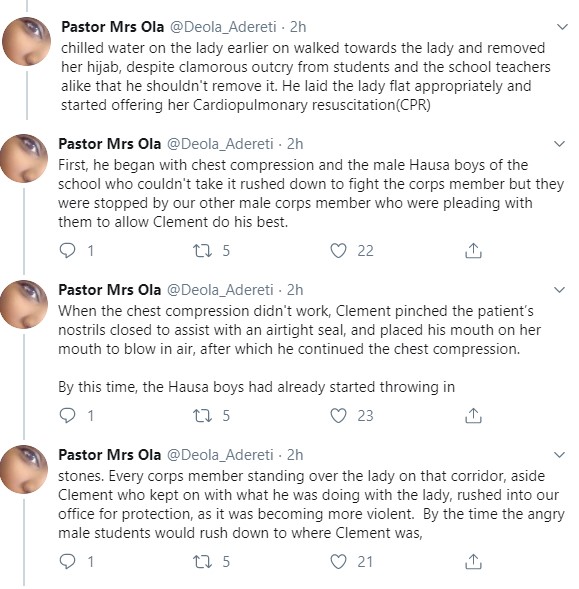 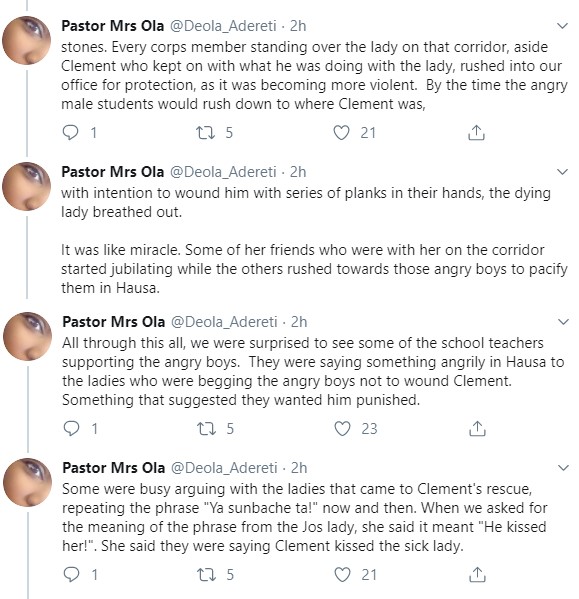 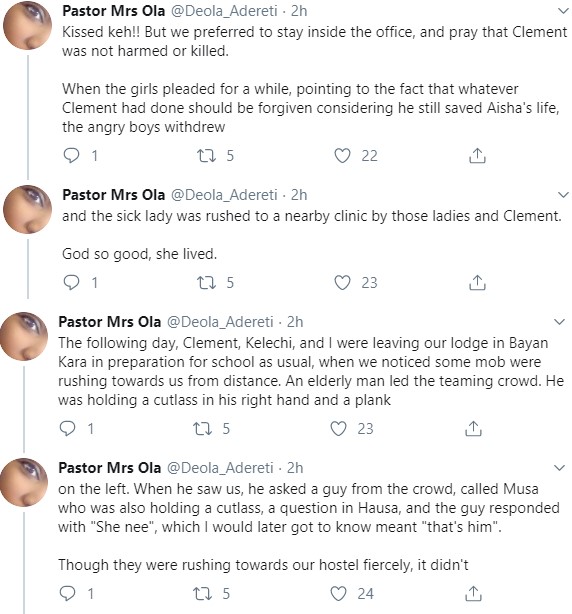 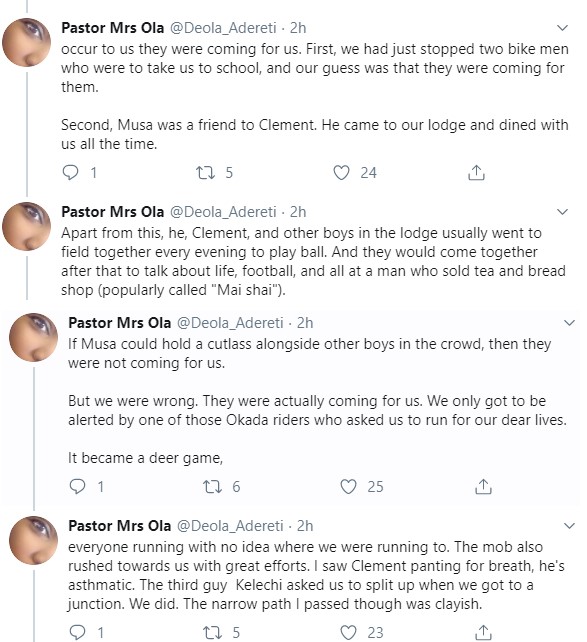 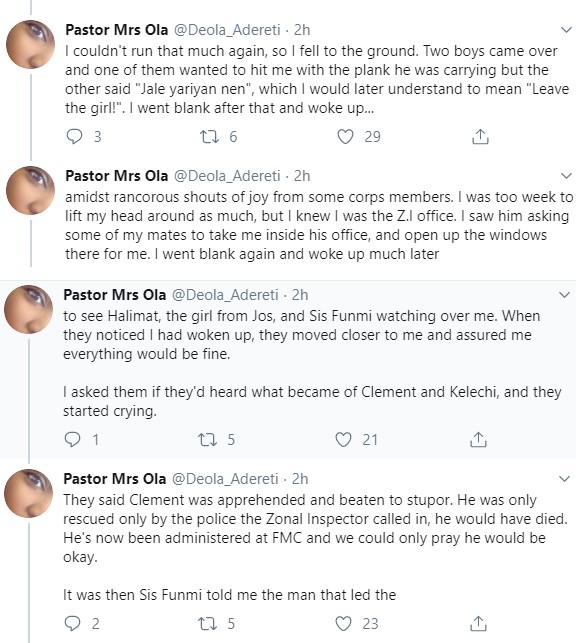 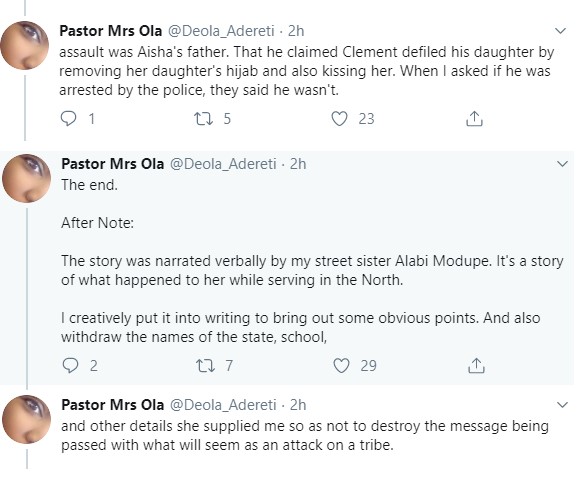