A South African lady with the handle, @likhonamsiya on Twitter, has shared screenshots of the hilarious WhatsApp chat she had with her father after she made some demands.

In their conversation, the lady listed some items which she wanted her father to get for her; the items include dunked wings, cadbury biscuit, cake, Doritos and vanilla toppers.

Her father replying to the demands, simply wrote, “Hi Liks” and went ahead to send a link. On opening the link, @likhonamsiya realized that it was a story about two daughters buying a brand new car for their dad.

She shared the screenshot with the short caption,

Read Also:  Nigerian lady loses interest in her husband; falls in love with her husband’s friend who squatted with them 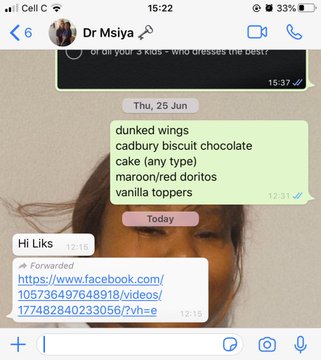 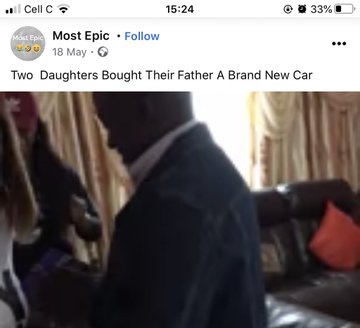 Her tweet has since had a lot of people in laughs over how savage her father is.