A Nigerian lady born in the UK has taken to her twitter page to narrate how she met Former President Olusegun Obasanjo, took the bull by the horn and became his “self-appointed PA”. 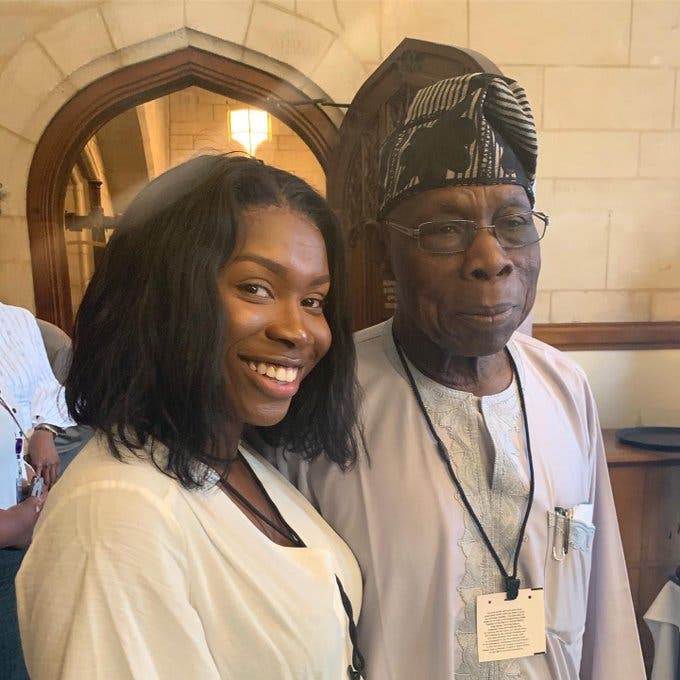 She ended her story with the moral lesson that sometimes you have to create your opportunities because it will not always come to you. 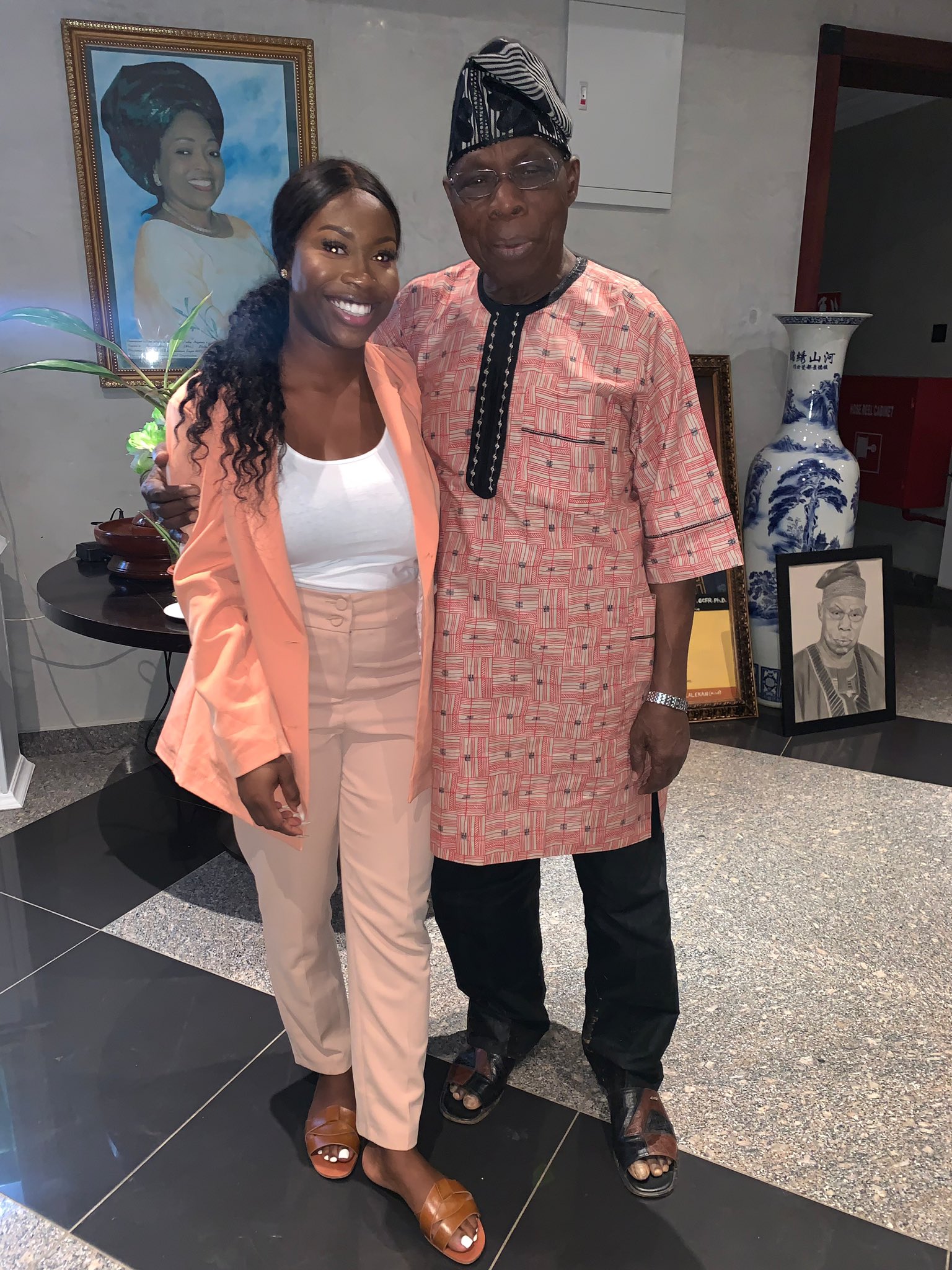 Short Thread: about how I met Former President Olusegun Obasanjo and became his self appointed PA.

I set a goal for myself to become the youngest first female foreign affairs minister for Nigeria. For someone who was born in the UK. It sounded quite radical right?

Due to a lack of funding, my show could no longer be aired on National TV

Shortly after this happened I was told by a learned colleague @dayo247 about an event hosted by @ChathamHouse called “Re-Writing Politics to Africa’s Advantage.” President Obasanjo was one of the panelists.

I was determined to serve one of the greatest leaders in Africa. So I positioned myself front row. I sat in the seat reserved for a @thesundaytimes journalist – my apologies your correspondent arrived late.

I made eye contact with Mr Olusegun the entire event. From start to finish. Once the event was over. Guests and fellow panelists wanted to take pictures and engage with Pres. Obasanjo.

I stormed onto the stage and said, excuse me: “No more pictures! Can we get him into a private room, with a glass of water? In 10 minutes he’ll resume to discuss matters and entertain the press.”

He followed me & when we got into the room he asked: “Who’s daughter are you?” I responded “My father isn’t anyone you know. He’s Just a normal Nigerian citizen who relocated to the UK for a better life.”

He chuckled and said “so how can I help you?” I said “well I’m your new PA. I’m going to serve you.” I’ve been serving him since that date.

Moral of the story: Opportunities don’t always come to you. Sometimes you have to create your own opportunities.

Short Thread: about how I met Former President Olusegun Obasanjo and became his self appointed PA. pic.twitter.com/wrIQoxZExD