Nigerian investigative journalist ‘FISAYO SOYOMBO went under cover for three weeks in November, as a patient of the Federal Neuropsychiatric Hospital, Yaba, Lagos, and unveiled the ‘sick’ state of hospital facilities, gross shortage of critical staff despite a bloated workforce widely believed to be populated by ghost workers, low quality of service delivery, arbitrary charges on patients. 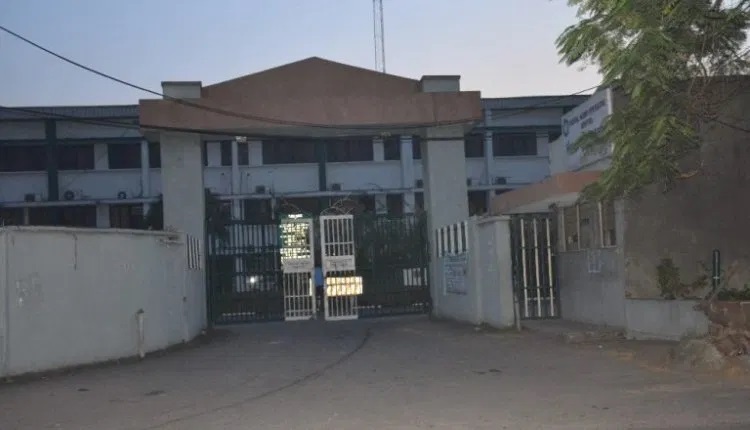 I spent 3 weeks, including 10 days on admission, as a patient of Yaba Left👇

My discoveries were disturbing. They include decrepit state of hospital facilities, gross shortage of critical staff despite a bloated workforce widely believed to be populated by ghost workers, low quality of service delivery, arbitrary charges on patients…

I spent 3 weeks, including 10 days on admission, as a patient of Yaba Left👇

In the report published by The Cable, Fisayo revealed how he had to bribe staffs before being able to get a bed-space.

“On Thursday, Olawale’s call was what roused me from sleep. He had found a hospital staffer by the name Tosin Karunwi, who was willing to secure bed space for me, provided we understood that “nothing comes free”. We weren’t sure if Karunwi was a nurse, an orderly or a Crisis official, but we established that she indeed worked at the hospital.

Olawale announced that Tosin had demanded N10,000 to help lock down a bed space for me, but he successfully negotiated a N7,000 deal. He asked us to forward the money to Account Name ‘Olaniyi Olawale Matthew’ with Access Bank — because Tosin didn’t want the money sent to her. He passed the money on to Tosin, after she agreed to return it if she didn’t secure a bed space.

To our utmost shock, once she took possession of the money, Tosin began to sell Oshodi to us. Actually, Oshodi, the neuropsychiatric hospital’s annexe, was even worse managed than Yaba. It was graveyard-like, largely abandoned. Oshodi was technically the hospital into which Yaba’s vomits were spilled. But Tosin argued otherwise.

“Wait a minute, why don’t you want Oshodi?” she’d asked on phone in the evening of Thursday November 14. “Oshodi and Yaba are the same. Three bed spaces are vacant at Oshodi; I’d advise you to take one of them.”

On December 3, three full weeks after Tosin was paid for the bed space that never came, she was told to refund the payment, but she refused, and blatantly too. “You cannot get N7,000,” she snapped. “The [two] nurses I gave money to, do you expect me to pay back on their behalf? Maybe I can send N4,000 to you; it’s just maybe. Maybe. That’s even if I’m able to raise it. Do you expect me to hold the cash or keep it in the bank?”

Tosin claimed that no space had opened up at all, both at Yaba and Oshodi “since last week”. What she didn’t know was that I’d gone in (and come out) as a patient because a space indeed opened up for me, and that at least two more opened up during my stay.”

He also revealed the poor state of the hospital itself, as huge rats roam the wards. He wrote;

I would learn about Yaba Left rats in the evening of my second day at the ward. Well-fed and therefore robust, they roamed the greenery separating Tolani Asuni from Adeoye Lambo in their droves every night. Not that I hadn’t seen rats before, I just didn’t know rats so big existed anywhere in the world.

“It’s been brought to the attention of the Chief Medical Director several times, but she said there’s nothing wrong with it,” one patient told me.

Reacting to the report, Osagie Ehanire, minister of health, says the decrepit state of the Federal Neuropsychiatric Hospital, Yaba, Lagos will be investigated