About two days ago, news made the round of a gentleman who was unfortunately caught in a web of con artists who ripped him off after he ordered an iPhone Xs Max but received a neatly packaged metal instead.

It was reported that the gentleman ordered the iPhone and paid N230,000 for the item with the intention of picking the gadget up from an assigned location however, on getting there and opening the package, he was shocked after seeing its content.

In a new development, it’s been discovered that the Enugu-based gentleman who actually wanted to buy the gadget asked his friend who resides in Lagos to help him get the phone in the city as it’ll be a lot more cheaper than it is in Enugu. 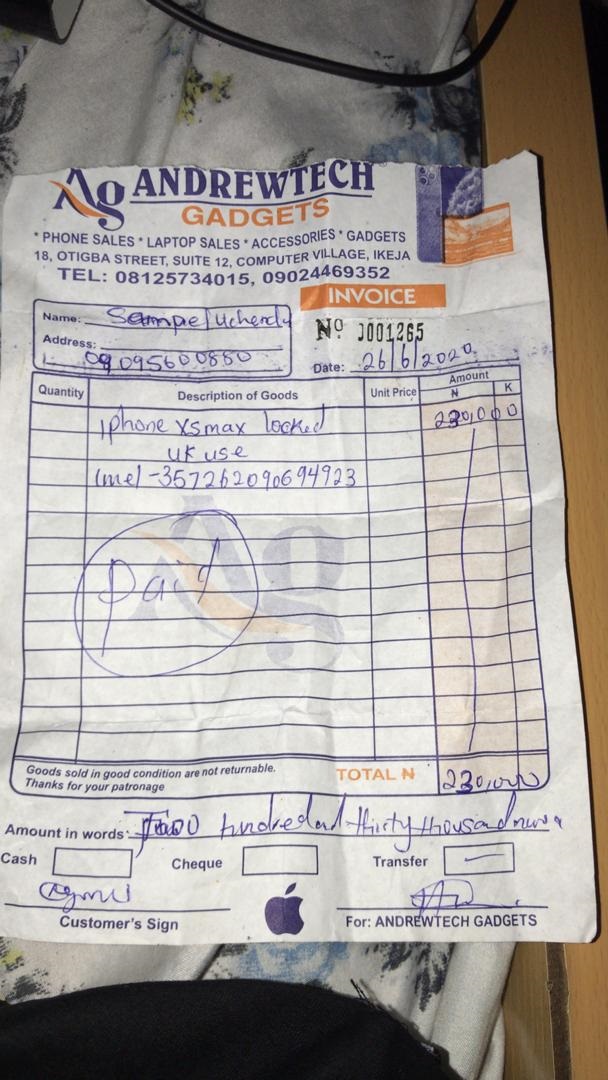 It’s now been discovered that it was this Lagos friend who tried to scam his Enugu friend by showing that a metallic object was received instead of a phone by the dealer, Andrewtech.

The gentleman who owns the phone reached out to us recently to explain in detail what had occurred. In a voice note sent to our DMs, the gentleman is heard saying, 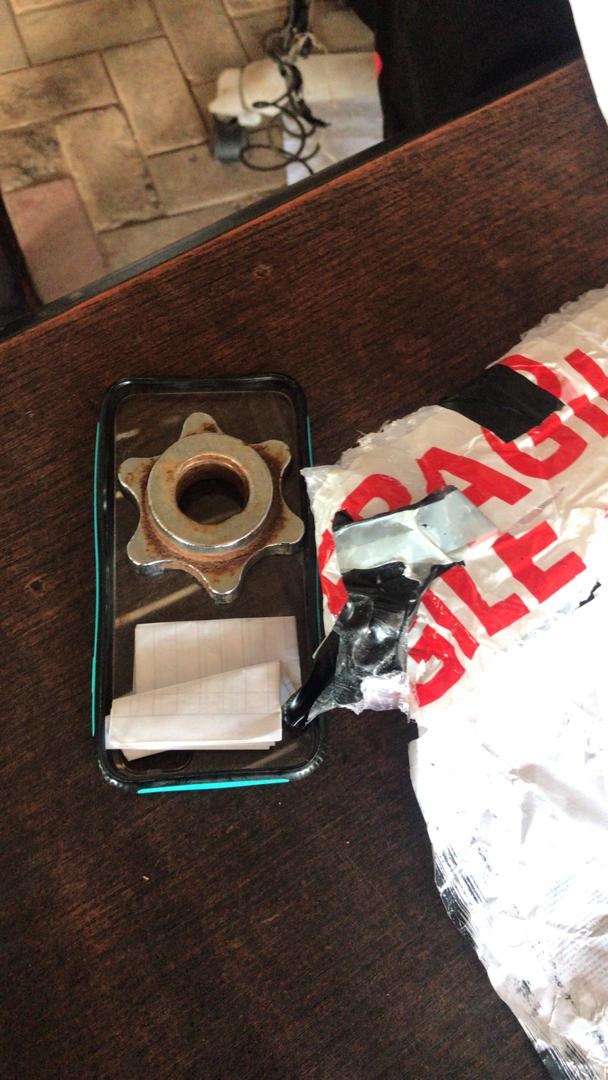 Good afternoon Yabaleftonline, I’m the guy that paid for the phone… I actually paid the money to my guy to help me purchase phone from Lagos because I couldn’t get the phone here in Enugu and the phone was expensive (the ones that are sold here).

So it was cheaper in Lagos then I sent money to the guy to help me purchase the phone, which he did… he actually bought from Mr Andrewtech, 222 thousand naira, so but he collected 250k from me. So Mr Andrew delivered the item to him, so the issue now is not from Mr Andrew.

The fault is not from Mr Andrew, the fault is from the person I sent money to. The person delivered fake product to me

In another development, the culprit who tried to scam his friend, made a video apologizing for his fraudulent behaviour. Watch below,

Read Also:  Lady laments over handwritten boarding pass she got from a Nigerian airline

Also an update from the Logistic company that received the ‘well packaged metal’;

So in regards to the iPhone Xs max scam, that actually happened in my office a few days ago.

Concerning my Andrew and my client. The actual truth has been revealed. pic.twitter.com/CuZVCMLzNS

The said phone was actually sold at 220k. From Mr Andrew and he was reselling to my client. for 230k. pic.twitter.com/u2PrGYleZs

He ordered a pick up using the GIGGO APP AND fraudulently swapped the phone with just the casing and an iron. Then he packaged it properly.
That’s after collecting 254k from my client. pic.twitter.com/BFV5NtjNds

I wish to let the general public know that ANDREWTECHGADGET IS NOT A SCAM.

This was a case of receipt manipulation with his knowledge. The scammer has apologized and even made a video begging for forgiveness.

The case has been reported in the police station. And the Law will

We are expecting the actual before 7th of July. See the video below pic.twitter.com/kAsUuBJY6Q