Reports about 25 teenagers arrested by the police for allegedly shooting pornographic videos in Kenya’s Kakamega County may be false.

YabaLeftOnline may have discovered that the picture is from 2016 where it was reported that 4 teenagers were arrested by Accra Police after a car theft.

Police in Fadama in the Greater Accra Region have arrested four suspected car snatchers who attacked and robbed a taxi driver of his vehicle in Suhum, in the Eastern Region, on July 2, 2016.

The four youngsters were however picked up at Kokomba Market in Accra around 11:00 p.m. upon a tip-off.

The suspects had then offered to sell the newly registered taxi cab, with registration number, GG 2131-16, as a scrap at the market.

The move raised the suspicion of some members of the community who reported them. 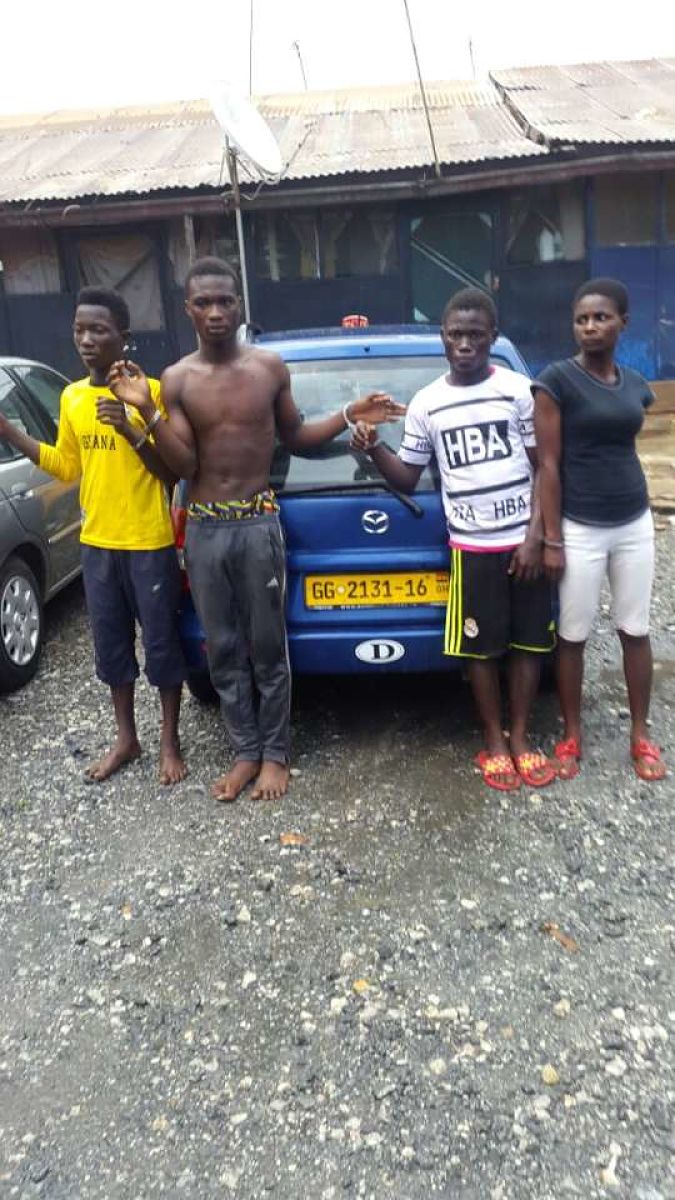