Big Brother Naija Reality TV star, Uriel has replied a follower who bugged her to marry, instead of flaunting her photos and self on the gram.

“Try and Marry”, the follower said to Uriel, in which she replied, “”Let me marry your papa. You undigested Asun, no try me you won’t like your shoe again” 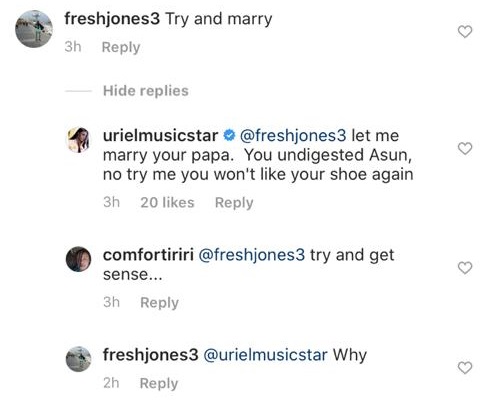 This is coming after she shared a heartrending video on her Instagram, in which she talked about her mum’s dementia, her thoughts about becoming a single parent, and how her mum’s health has affected every decision she’s made and plans to make.

“If I leave it any longer and I don’t meet anybody anytime soon, she won’t remember my child,” said the BBNaija star who has been celibate in almost four years. She wants a traditional family but fears this may take a long time to accomplish, and by that time her mother’s health would have deteriorated. 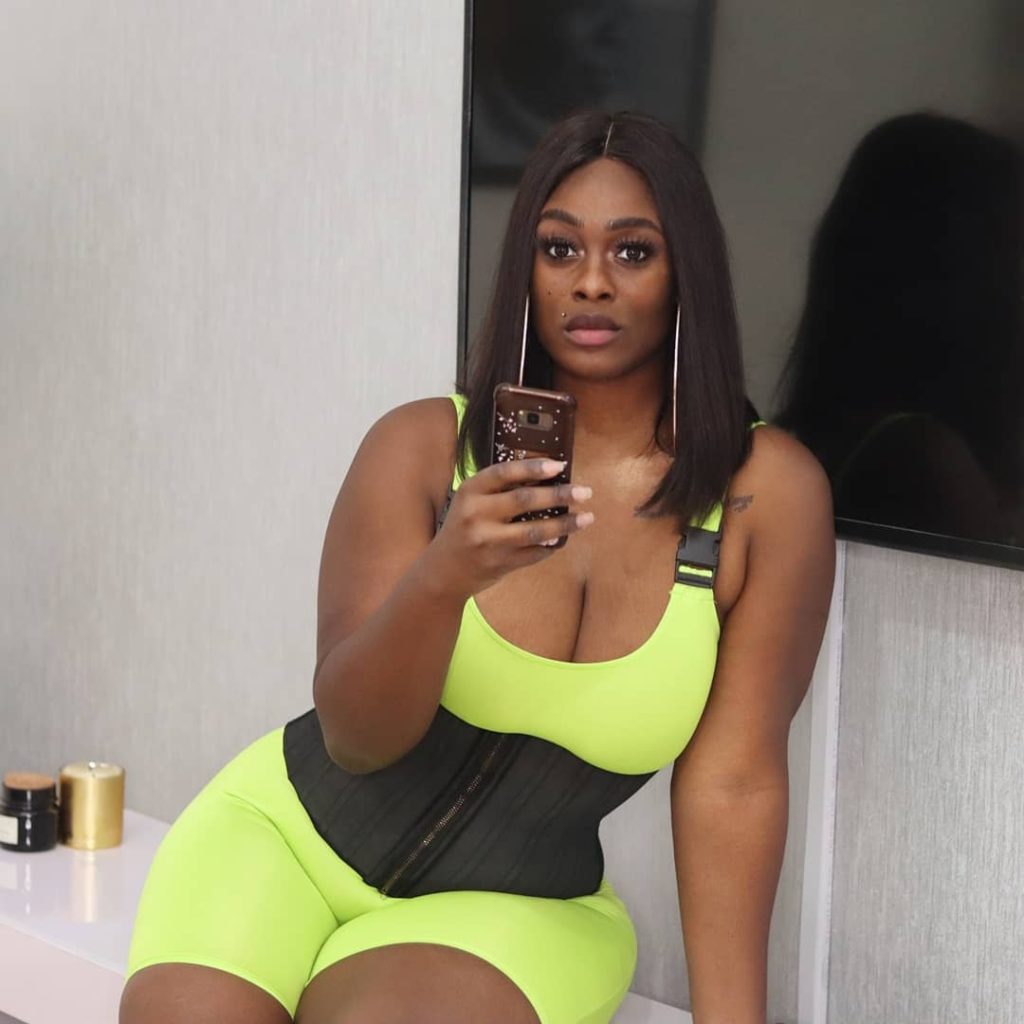 “Even if I were to introduce my child to my mum, and she’s at her later stages of her illness, no connection, she will just… nothing. She’s already on her way out. And that made me angry. It made me angry.”

She continued, “I’ve never questioned religion in any way and I never will question religion… never question God, but I question my morals and for me that was deep. I question my morals in the sense of, I said to myself, ‘what if I wanted to have a child in order for my child and for me to give my mum the chance to have a connection with my child before she goes? Because my mum is going to forget the memories that we cherished together.”

The reality TV star broke down in tears, recalling her favorite moments with her mum. “And she’ll forget all of that. She’ll forget my name. So while she’s still there just a little bit, would it be such a bad idea for me to have a child? And that thought crossed my head and I was like, ‘no no no. It’s not culturally… It’s not right culture-wise. People might look down at me. People might say, ‘you’re wrong’, ‘I hate you’ or ‘you’re setting a bad example’. 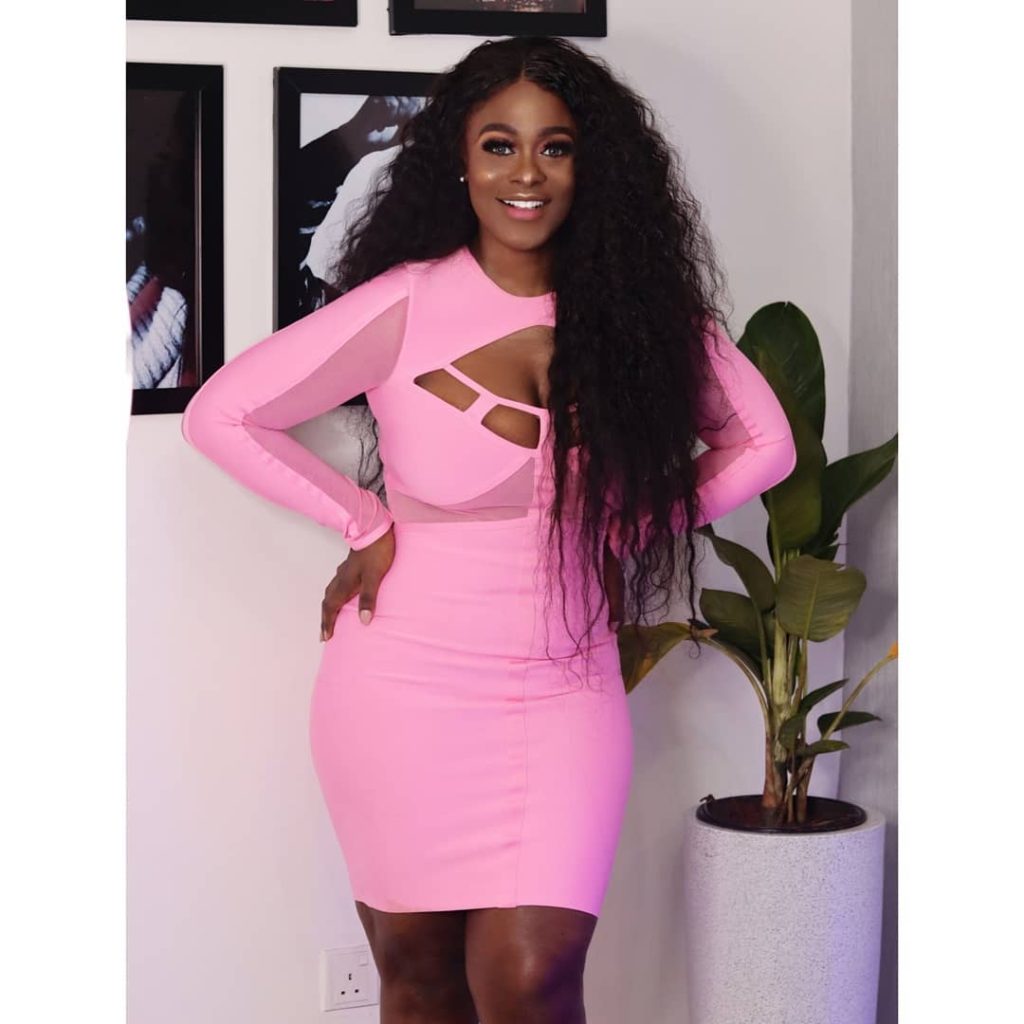 “So in what situation does a situation become morally right.”