Last week, a couple made headlines because of the unique situation of their relationship, as their vast age difference and race made social media users to question the real motive behind the relationship.

Isa Sulaiman, 23, and his lover Janine Sanchez, 46, who is a chef in California met face to face for the first time when the mother of two flew into Kano in January.

According to Daily Trust, Sulaiman Isah said he would love to raise 10 kids with his 46-year-old American lover, Jeanine Sanchez.

Isah has demonstrated an unalloyed zeal and determination to tie the nuptial knots with the Californian chef, whom he met on instagram about a year ago.

Sanchez who arrived at the Panshekara residence of her online lover, said she was in Kano not only to see her heartthrob and his parents but also to declare her intention to marry him.

According to her, she decided to trace her heartthrob to Kano because of her “genuine feelings” for him, adding that she has had several online dating but found Isah “more real and sincere”. 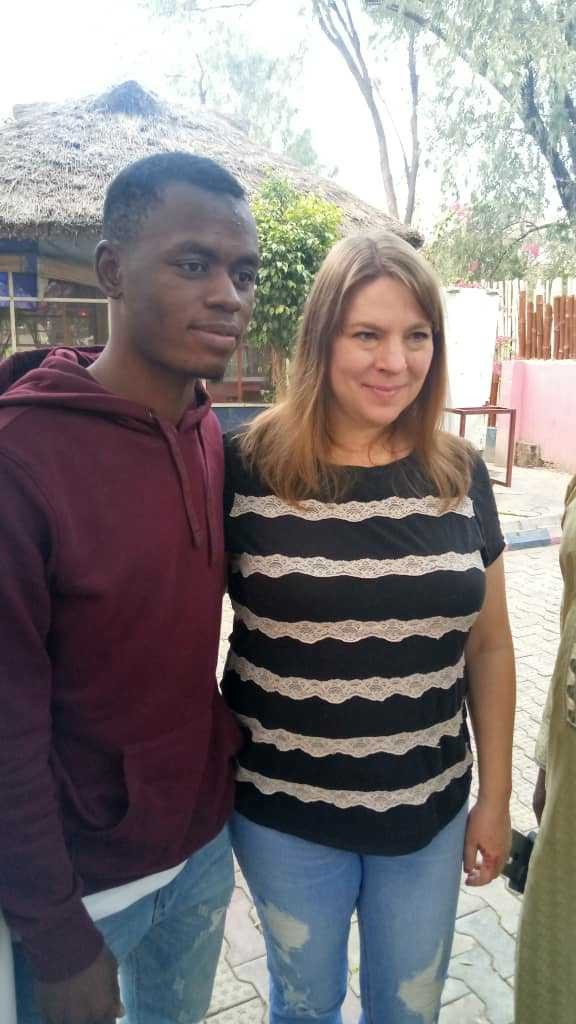 Speaking to Daily Trust Saturday, the Isah said he and his American would-be wife have already agreed on the number of children they hope for if God permits.

According to him, “I am aware of her age, and I am equally aware of menopause stage but that will never be a challenge for both of us to get where we want to be. “So, I don’t think that age difference could be anything because love has no barrier; that’s one of the Sunnah of our holy prophet. As a Muslim, our beloved prophet has done something like that in his first marriage. I think that’s not a threat to me,” he said. Responding to the question of who would decide the faith of the children from the relationship, Isah said, “The question of the faith or which religion the children will profess is nonnegotiable since I am the head of the family”.

Isah’s father had already given them his consent and the wedding has been scheduled to hold sometimes in March. Isah, a 200-level student of Geography Education, is very upbeat about relocating to America to conclude his education and then build his family with Sanchez.