Beautiful Nollywood actress, Entrepreneur and mother of one, Tonto Dikeh, has revealed that when she finds another man to marry, she will be willing to pay his groom price and also sponsor his wedding. 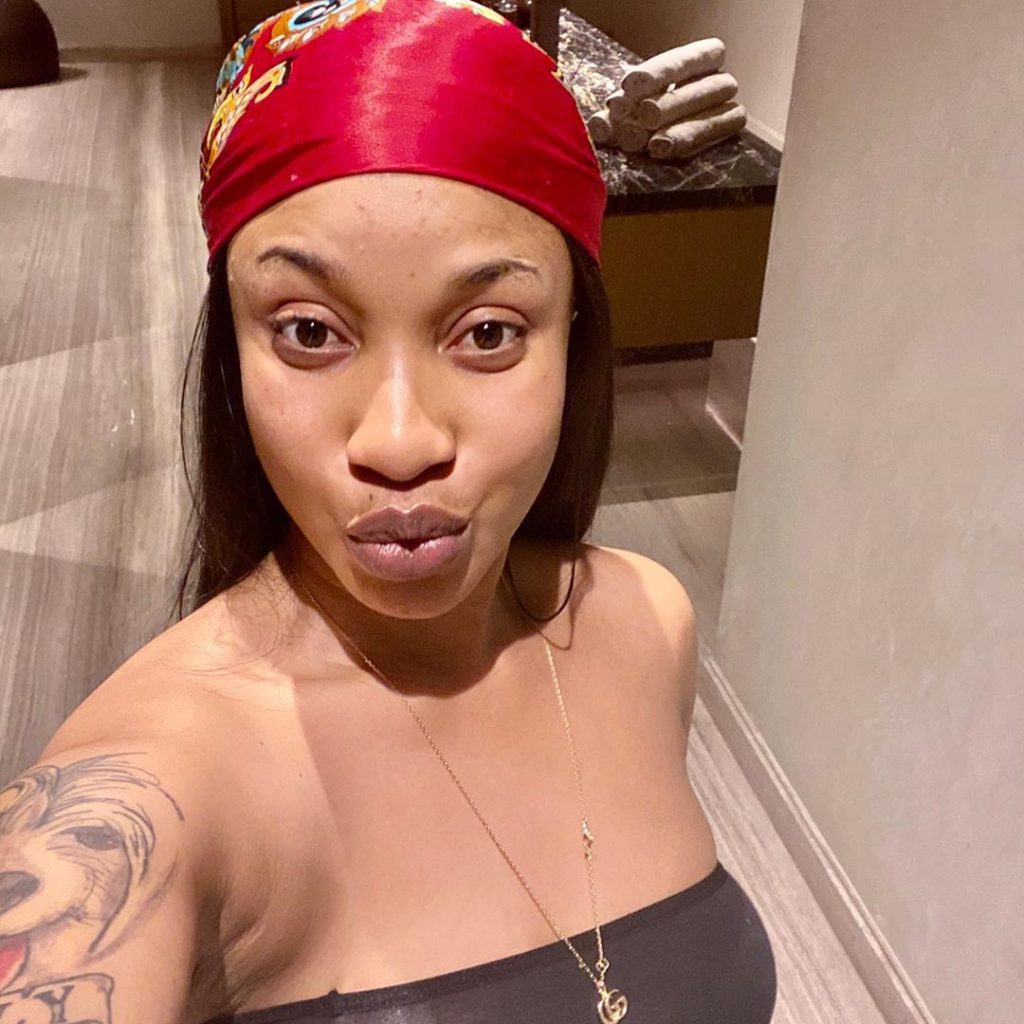 ”I’M THANKFUL FOR ALL MY MISTAKES/FAILURES. THEY ARE THE EVIDENCE THAT PROVES I TRIED. I’ve learned more from failure than I have success. It’s the training ground that’s preparing me for where I’m going.”

“I no longer fear it. Instead, it gets me closer to the GOAL. Without it, I wouldn’t be the MAN I am today” and a nosy follower took to her comment section to say: ‘No woman is complete without her husband. ‘Go and marry you are getting old.”

Read Also:  “Rejoicing in Hushpuppi’s downfall will not put money in your pocket” – Emma Nyra 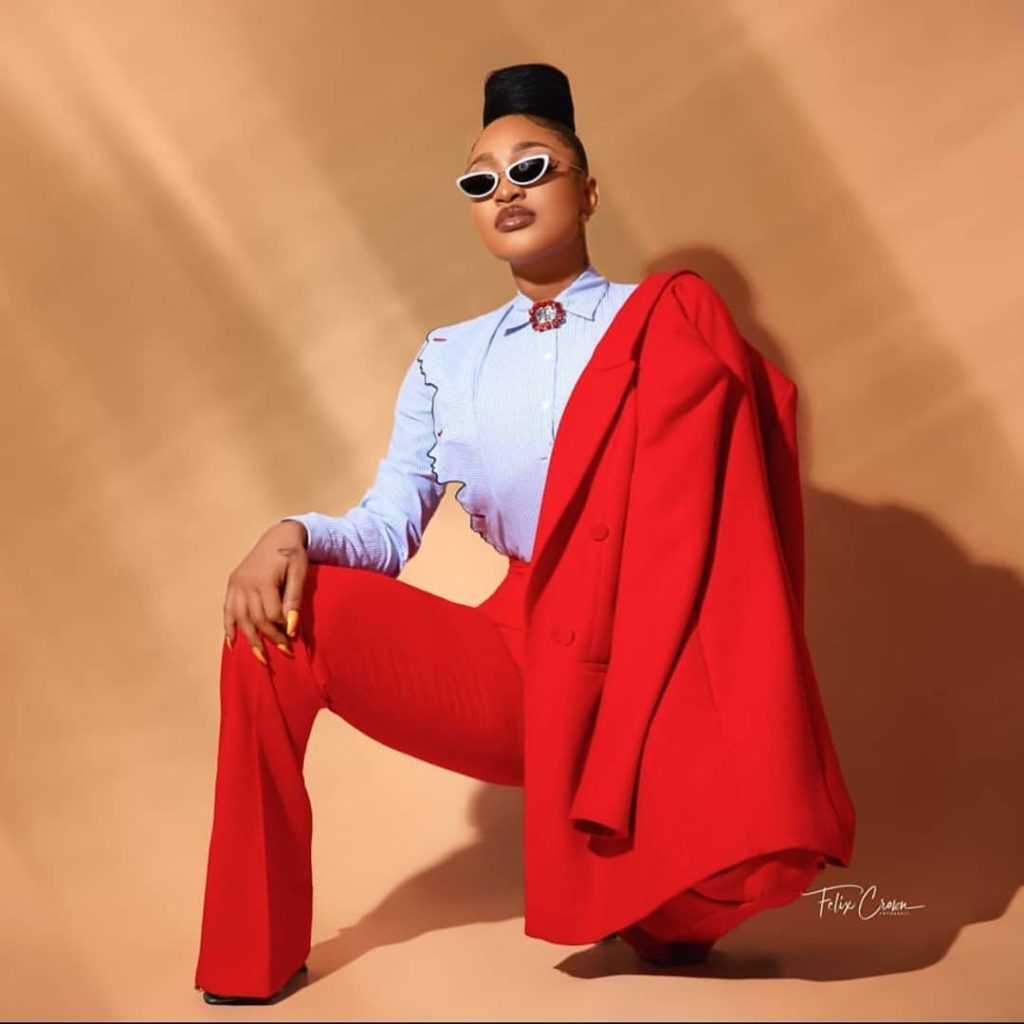 In response, Tonto said; “When I find another man I am wiling to pay his groom price and sponsor his wedding. I will” 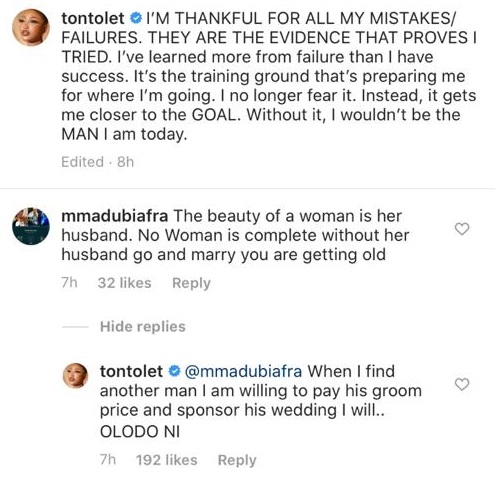