Some white police officers and other civilians in Cary, North Carolina were seen coming together to wash the feet of some black protesters while asking for forgiveness for years of racism.

In a video shared online by Fabiola Doissaint, the white members of the community can be seen cleaning the feet of black religious leaders, while a man says a prayer into a megaphone to repent for their sins and historical involvement in slavery and oppression against African-Americans. 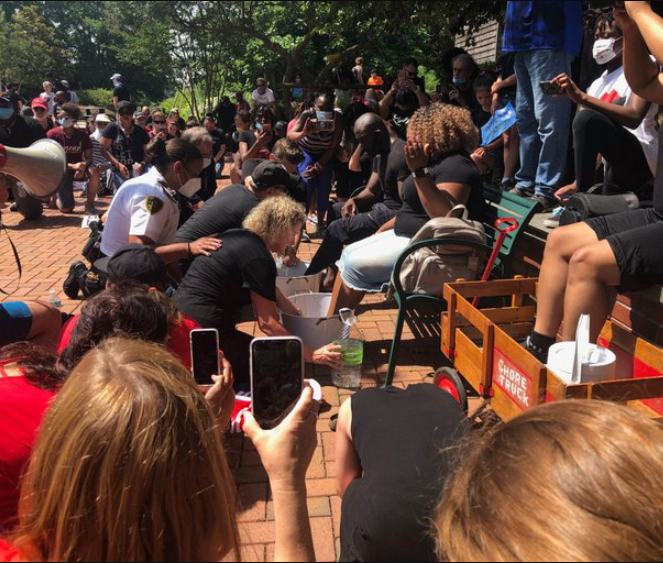 The man with the megaphone, while praying, acknowledged that there’s only one race of people — he then asked for forgiveness for their white ancestors enslaving, mistreating and oppressing African-Americans.

However, not everyone is impressed with the gesture as some people have reacted to the video, stating that the action of the White people was shameful.

See some reactions below and a video capturing the moment, 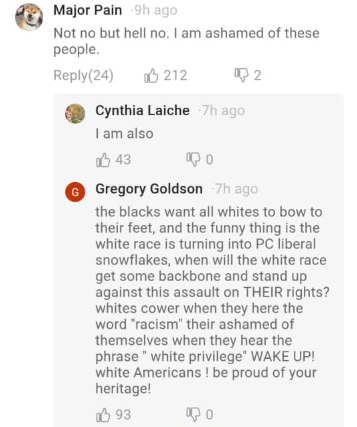