The youngest wife of the Alaafin of Oyo, Ayaba Badirat Adeyemi, who recently clocked 30 and marked it in grand style has disclosed how she met and fell in love with the Alaafin. 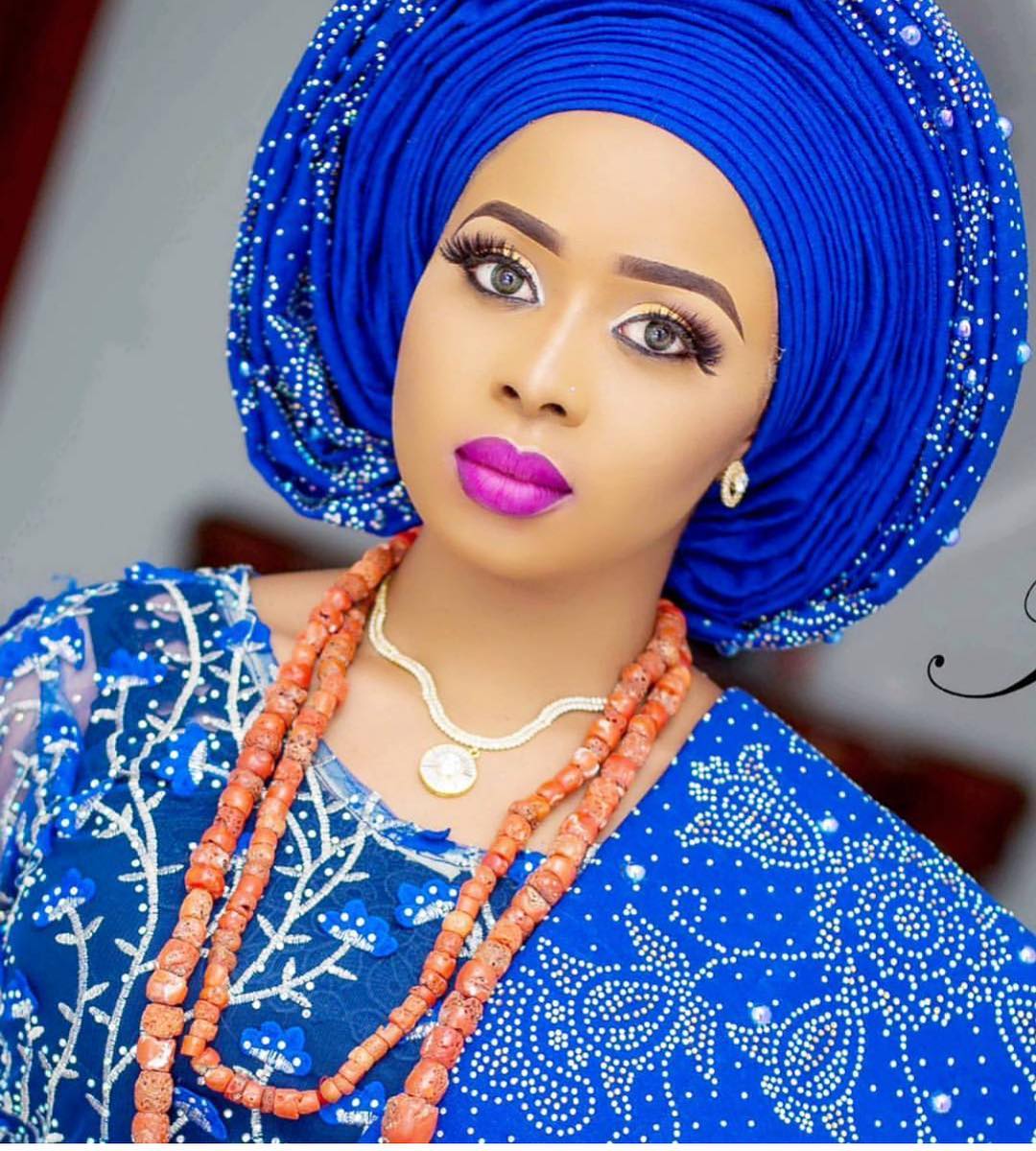 She further revealed why she is his most trust worthy wife. 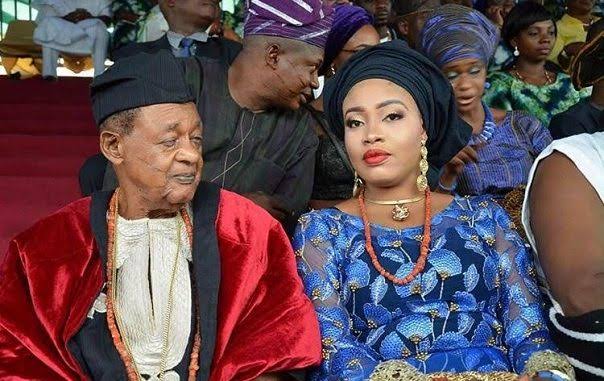 See excerpts from her interview with Tribune Newspaper below:

His Majesty, the Alaafin often says you don’t tell lies. How do you feel with this attestation coming from your husband?

Can I say he is my husband? This may not be an easy classification. Baba is more of a father than a husband because everything about him is fatherly. If I say everything, I mean everything he does is all one needs in a father who is caring and is after the success of his children. That is the best way to put it, to be fair with your question and to be fair with myself too. Baba is more than husband. What is even called husband in the context of today’s reality when there is a thin line between husband and wife, in terms of family responsibilities? Again, baba is more than husband to me right from day one.

Do you feel flattered by his attestation that you don’t tell lies?

I think I should ask you of your impression about his remark when he told you. Well, I won’t say I am flattered. Instead of saying what is a common reply to such remark, I should rather be on my knees to show appreciation for that honour, bearing in mind that he is not given to making flippant statements.

What do you mean here?

I mean what I just said. He could be lively but he is never one to make cheap statements. He knows that every word spoken may go into written document. So, he is careful in his use of words, talk less of making a remark on somebody.

Why don’t you tell lies to him?

I think you should better ask of why a person should tell lies. I can tell you with every sense of responsibility, that there is no reason to tell lies to him. I am sure you know the level of his brilliance and intelligence. Do you think you can tell a lie to such a person and go undetected? And beyond that, the way he handles me makes telling lies a taboo. Let me even say, it is a sin, which one knows, to tell lies to him. Don’t forget I said he is more of a father than a husband. If I am sincere with my assessment, I have no reason to tell lies to him. He is everything I am in life. I have to say it that truth is not bitter to Baba as against what is generally said that truth is bitter. So if you have somebody who encourages you to say it as it is, no matter how difficult, you have no reason to tell a lie to him. If you do, then you have sinned even against yourself. And the worst is for one to sin against oneself.

I have heard one or two things about your relationship with him before you became his wife. Can you shed more light on it?

I am not sure he would be interested in going public with the history of our relationship but considering your closeness with him, I think I should just give you a summary of it. Baba brought me up from scratch, sponsored me to school and imparted knowledge into me to become the person I am today.

Which school did you attend?

After secondary school, I attended Emmanuel Alayande College of Education in Oyo here. Later I attended the University of Ibadan where I just graduated. I studied Education Management.

With your qualification, you may turn to a school proprietor later in life.

That is the truth. If Baba approves it, I can run a school having gone through how and what it takes to manage the academic institution.

What other lessons have you learnt from the Alaafin?

He is a born teacher to all of us. He teaches us honesty, commitment to duty, having an independent mind and seeing yourself as a creation of God. He believes that everyone is born with one gift or the other only that we don’t discover the gift to develop it. I think he saw certain gifts in me and decided to train me. To God be the glory for where I am today.

It is alleged that Baba took advantage of you as an underaged girl. How did your relationship turn from foster father to husband?

Those who have peddled such should seek God’s forgiveness because they know nothing about the matter. Haven’t I just told you how Baba brought me up from the scratch? It was a father-and-daughter relationship until I felt I had a brighter future with the commitment he showed. It is unfair for anyone to insinuate that he took advantage of me or any other person. We had formal wedding in the presence of the chief imam and other scholars including my family members. There is no secret about it. And am I not better off today? What I observed about Baba is that whatever he does or does not do naturally attracts noise or controversy.

How then does he respond to the controversy?

I think you ought to know that he is above such things. Don’t forget that we are talking of a very busy traditional ruler who is always reading and writing such that he scarcely has much time to spend on food. He is so principled that you cannot use anything to break him. He does things in his own way and does not play with time. If you are African time person, he will not take you serious because he works according to time.

Can you share with us what inspired your Ayaba Badirat Adeyemi Foundation?

I won’t like to put the activities of the foundation on pages of newspapers. The foundation is my little way of showing appreciation to God for taking me this far in life against odds which I confronted during my growing up years. I think this should answer your question on the inspiration behind the foundation. Baba taught me that what the right hand did should not be leaked to the left hand. If I now come to the newspaper to say ‘I did this and I am going to do that,’ it is against that lesson. We should respect the privacy of the beneficiaries of the foundation. I have toured some local government councils and interacted with some widows who were in need of succour. I am still going to empower more people by enrolling them in fashion schools and other vocations to make them better and live a meaningful life.

He has empowered me to be who I am today. I find it interesting to also empower other people who don’t have the privilege which I had to have been picked up by him for further education. Another important inspiration behind the foundation is Baba’s regular charity which I see on daily basis. Whenever those people are leaving the palace with smiling faces, I am always moved. I think the rich in the society should see charity as a service to improve life of the have-nots in society. What the widows, in particular, go through in this society where everyone is to himself, is pathetic.

Your public outings reveal a fashionista. What influences your dress sense?

I grew up to see my mother as a fashion designer. Naturally, this influenced my passion for fashion. If you enter my room, you will be surprised to see the sewing machines that I use to make my wears. Having informally been trained by my mother, I can say I am creative to a large extent, doing my styles the way I want them. I am not particularly a fashion freak, I am only interested in what sits well on my frame.

You were once of a large size. Did your husband complain? What happened?

It is true that I was but baba has no time to look at you to complain about your size. At best he can lecture you on why one should not be overweight based on his understanding of its health implication. I reduced my weight when I felt I should.

Were you subjected to physical exercise?

You cannot be with Iku Baba without doing exercise because he is a sportsman. He loves his exercises to the extent that a young person would struggle to match up with him.

How do you feel clocking 30?

I feel happy; I feel great; I feel somehow fulfilled that I did not disconnect with where I came from; I feel elated that I have a foundation which is bringing changes to the lives of the underprivileged. On that foundation alone, I am happy and encouraging the rich in society to help the poor.