UK-based relationship blogger, Oloni has sparked a debate online with her statement that women need to make men suffer before agreeing to their marriage proposal. 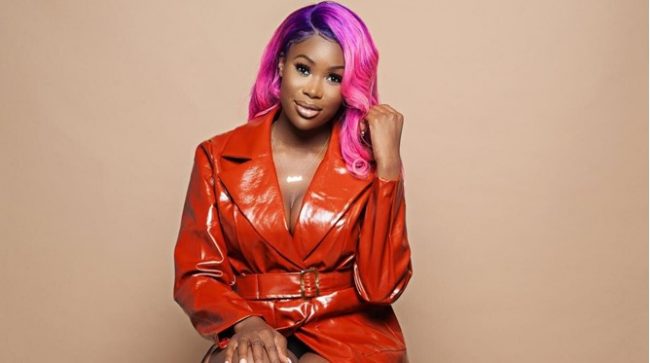 According to the Twitter Influencer, Oloni who claimed to have recently learnt the meaning of Iyawo – a Yoruba word which she says references the story of man being made to suffer before marrying a princess.

Taking to her Twitter account, Oloni wrote; “I’ve just learnt that Iyawo is derived from the word Iya-Iwo, a story based on a man who suffered before getting the chance to marry a princess. That means we need to make men suffer before we wife them”. 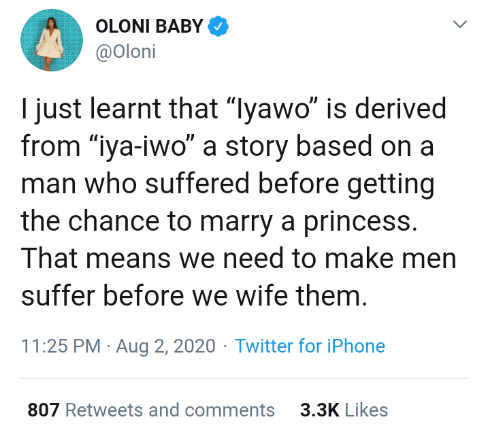 Reacting to her statement was comedian Broda Shaggi, who slammed her, writing: “Please what’s OPONU in English? This is why I need to collect my balance from unilag. Ordinary OPONU that this girl is, I can’t say it in English”.