Nollywood actor, Williams Uchemba has warmed hearts after he adopted an 18-year-old boy and granted him fully funded university scholarship. 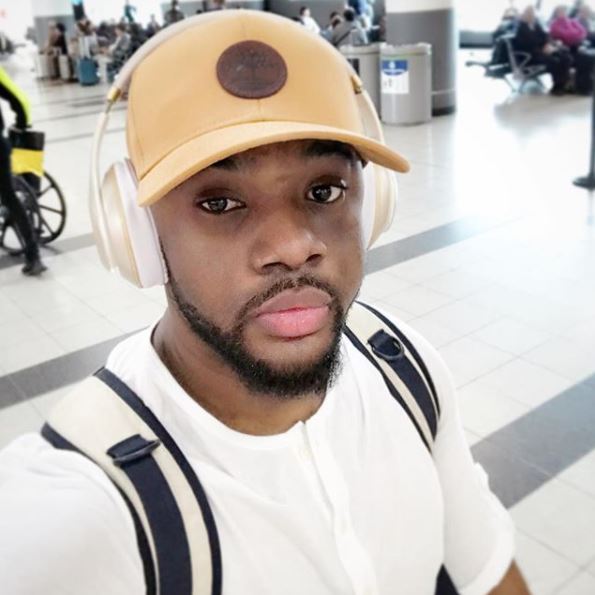 The humanitarian who also doubles as a thespian made the announcement in a recent post he shared on his verified Instagram page today, June 18.

Williams revealed he met the young boy, Demola at a carpentry workshop while getting some furniture for his ongoing project.

According him, he decided to engage Demola in a conversation and was surprised to find out he is very smart. 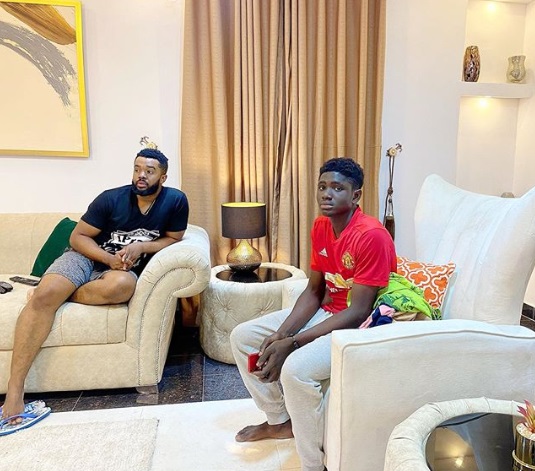 Uchemba then decided to invite the young boy over to his house so he could get to know him better.

He said he found out he graduated from Secondary School with good grades and wanted to study Economics in the university but has no sponsor.

Demola decided to acquire carpentry skills since he could not go to school.

Williams Uchemba has now adopted Demola and has promised to make sure he studies his dream course in the university.

He also said he will mentor him with the knowledge and information that made him who and what he is today until Demola “becomes the man God destined him to be.”

“Few days ago I went to a furniture store to make some furnitures for my ongoing projects and when they took me to the workshop, I saw this young man Demola who was one of the carpenters but as an apprentice. I asked him some questions and realized that he is a very smart young boy, so I invited him to my house to know more about him. He is 18 years of age, has finished secondary school (with good grades) and would love to study Economics in the University but can’t further his education because he doesn’t have a sponsor to put him through school. So today I decided to adopt Demola not only to sponsor him through school but to mentor him with the knowledge and other information that has made me who I am today, till be becomes the man God destined him to be. Say hello to my new son 😊.” 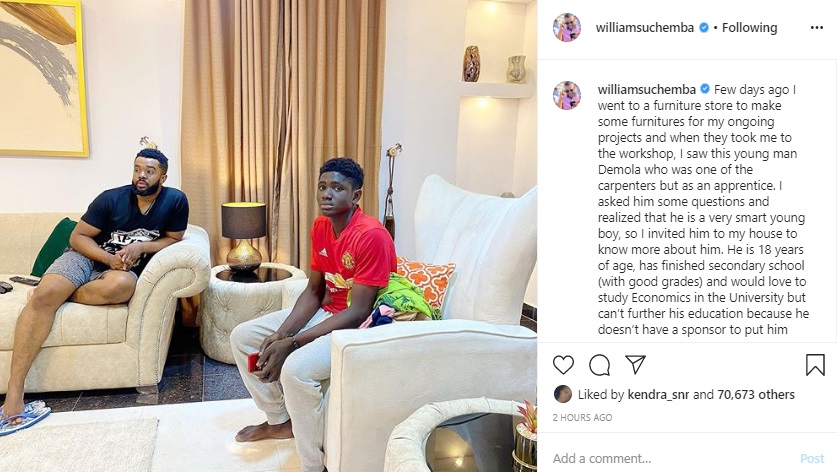