Demola, Williams Uchemba’s newly adopted son has finally moved in to live with him and both have been spotted playing basketball together. 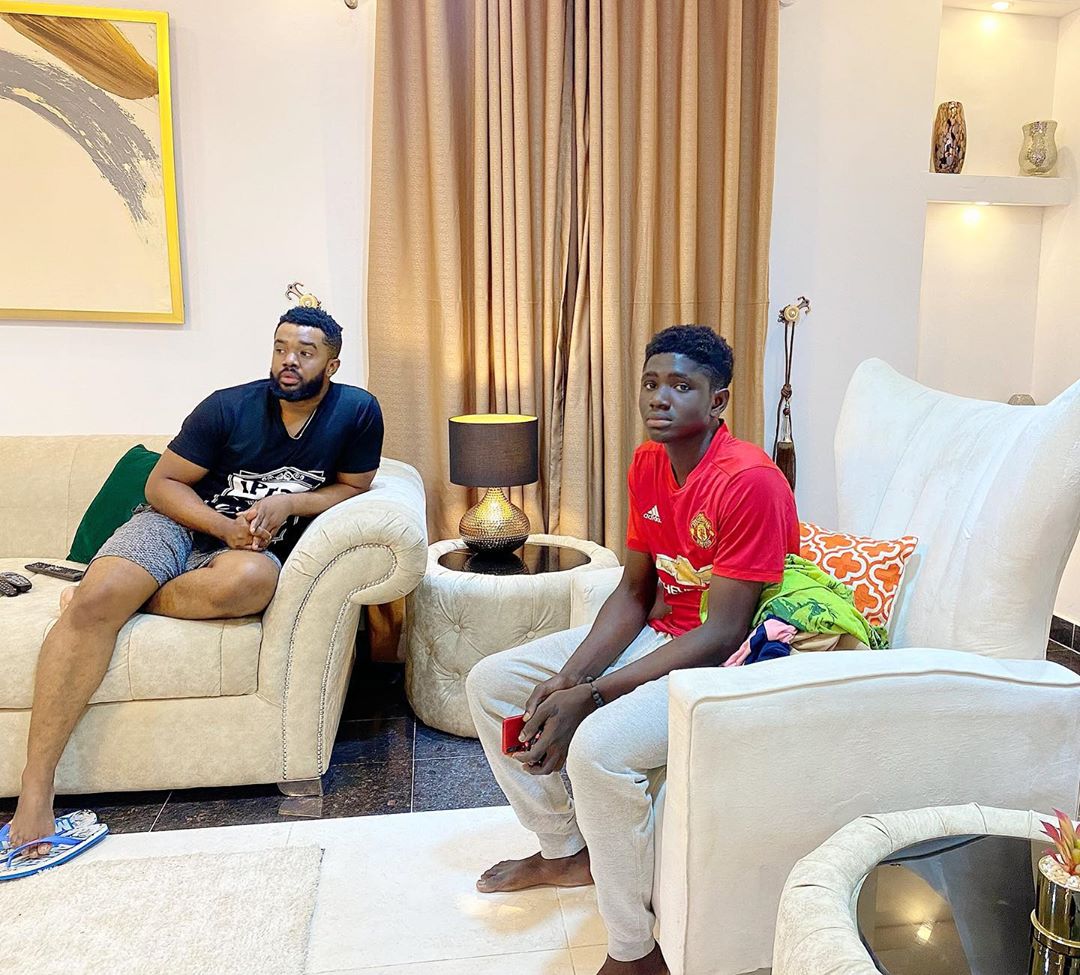 Recall that a couple of weeks ago, the popular Nollywood actor and comedian adopted Demola and gave him fully funded university scholarship.

Demola has now moved into the actor’s home as they are both seen playing basketball together. 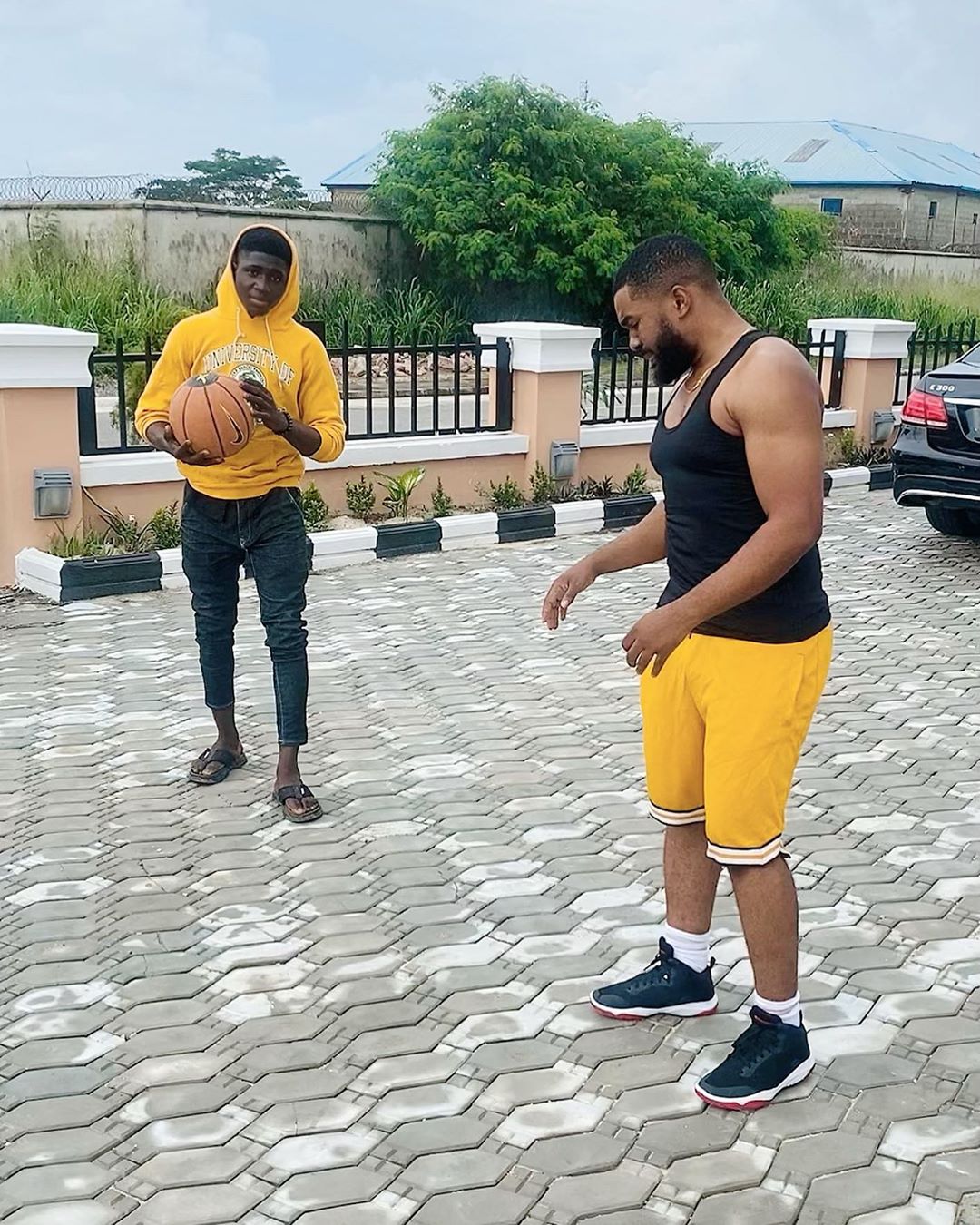 Sharing the video, Williams Uchemba used the opportunity to reveal that he was challenged by comedian AY to a game of basketball.

I just woke up and was informed that a certain young man by the name @aycomedian wants to play me. Anyways thank God I don’t have respect, he wrote.

See the video below as shared by the actor ;