It was another moment of joy and celebration as a new set of winners in the on-going Glo promo “My Own Don Beta” received their prizes in the commercial city of Onitsha on Monday.

The event which was held at Main Market, Onitsha, attracted people from different walks of life including the winners who were accompanied by friends and relatives as well as traders, artisans and the executives of the Main Market Association. 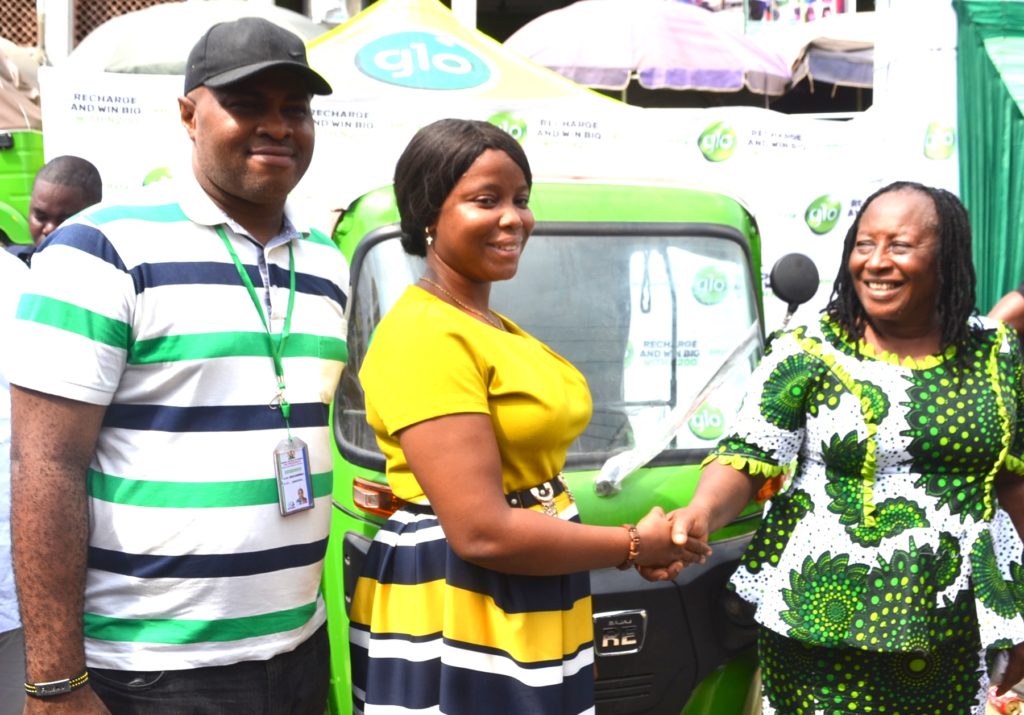 Also in attendance were Nollywood icons, Patience Ozokwor, popularly referred to as Mama G, and Victor Osuagwu. The event which witnessed the 7th draw of the promo was also attended by officials of the National Lottery Regulatory Commission (NLRC).

Onitsha is the sixth city hosting the prize presentation exercise of the promo.

Speaking at the occasion, Globacom’s representative and Regional Activation Manager, South East 2, Noel Udeme, stated that “My Own Don Beta!” promo underscores the power of N200, adding that with just N200 recharge, people who join the Glo network can win tricycles, industrial sewing machines, grinding mills and power generators which they can use not only to generate income but also to become employers of labour. 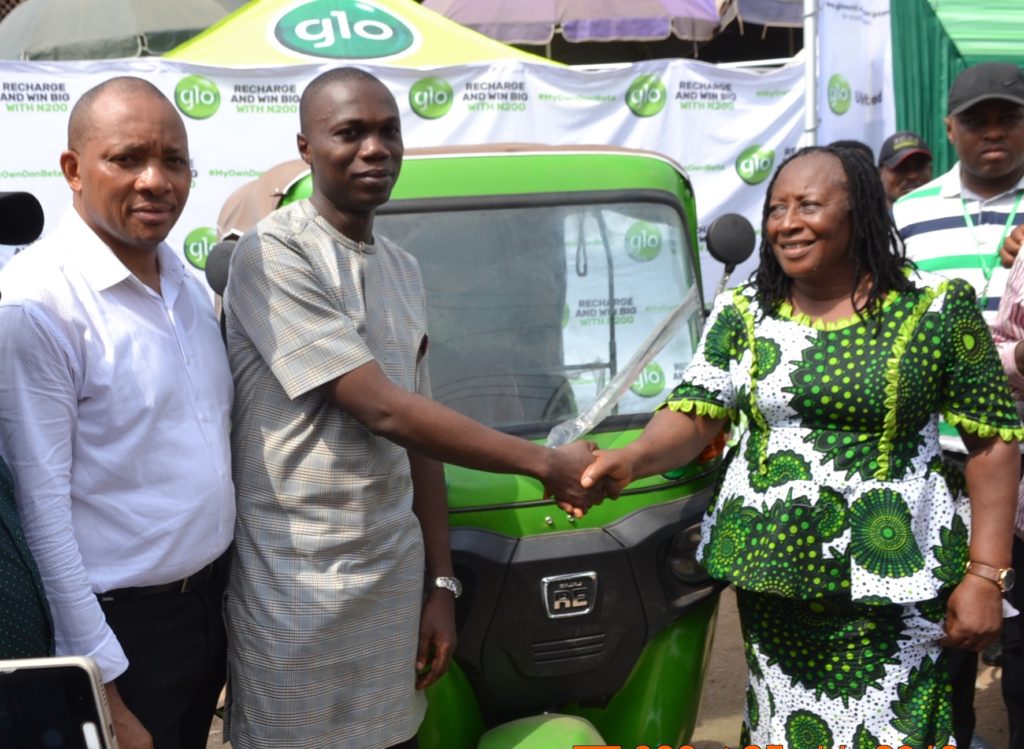 He explained that “the event is in fulfillment of Globacom’s pledge to always explore ways to delight our subscribers and add value to their lives.”

Also speaking at the event, Patience Ozokwor stated that “People are responding very well to the promo across the country and they are very excited about the prizes. We are very close to Christmas period and the prizes are like Christmas gifts to them. The generators, grinding mills, sewing machines and tricycles they won are affecting their lives positively. I am very happy that Glo is helping Nigerians across the country”. 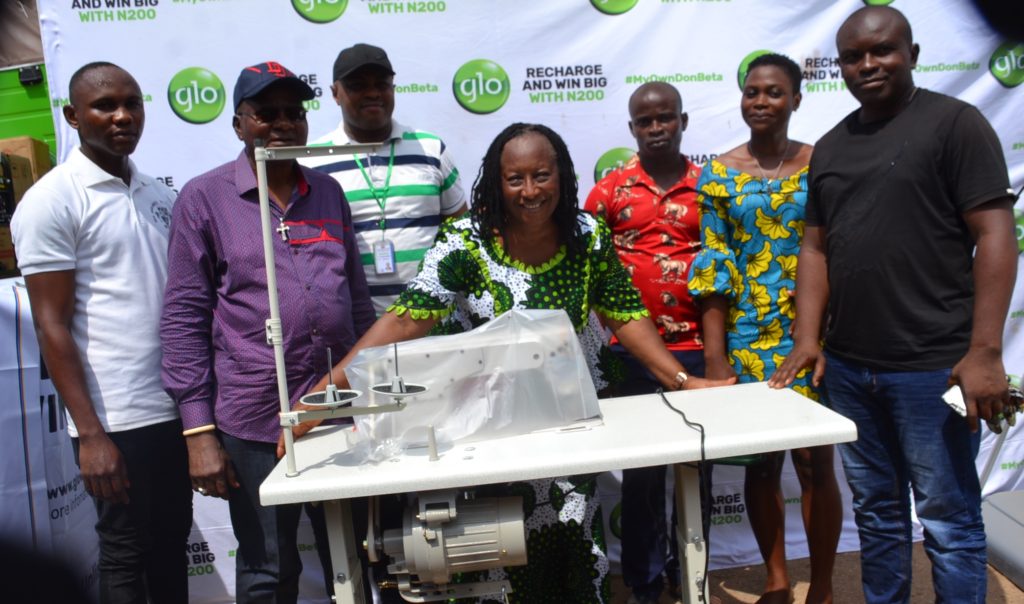 About 100 lucky subscribers received prizes ranging from tricycles to industrial sewing machines, grinding mills and generators at the event.

From Onitsha, the presentation team will move to Jos and from there to other cities as the “Recharge and Win Big” promo continues to produce entrepreneurs across the country. 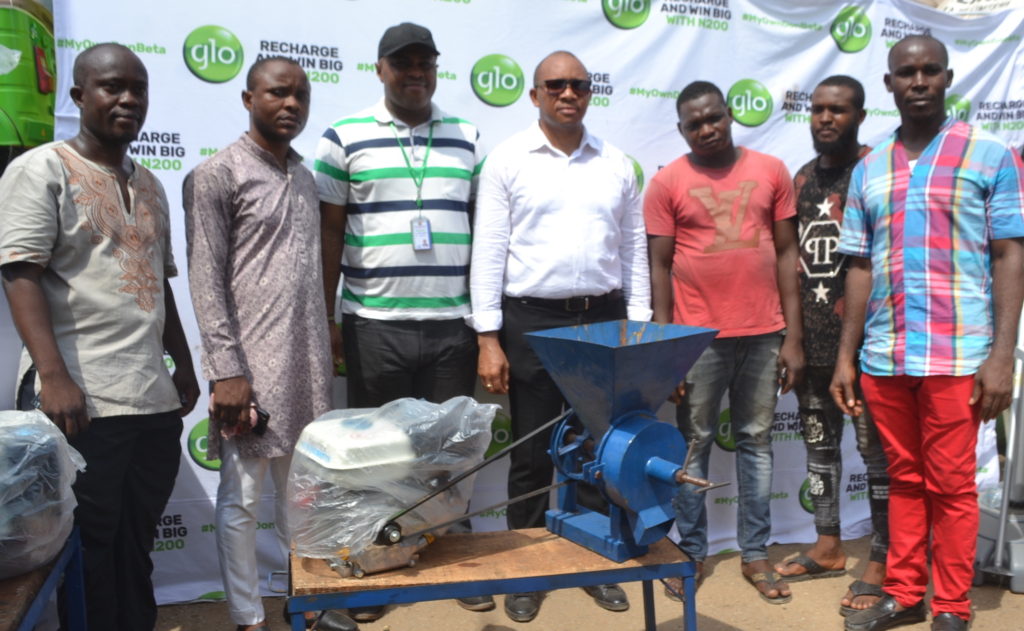