Renowned Nigerian Singer, Wizkid was billed to perform at a high paying gig in Ilorin ahead of his Starboy concert in Lagos. 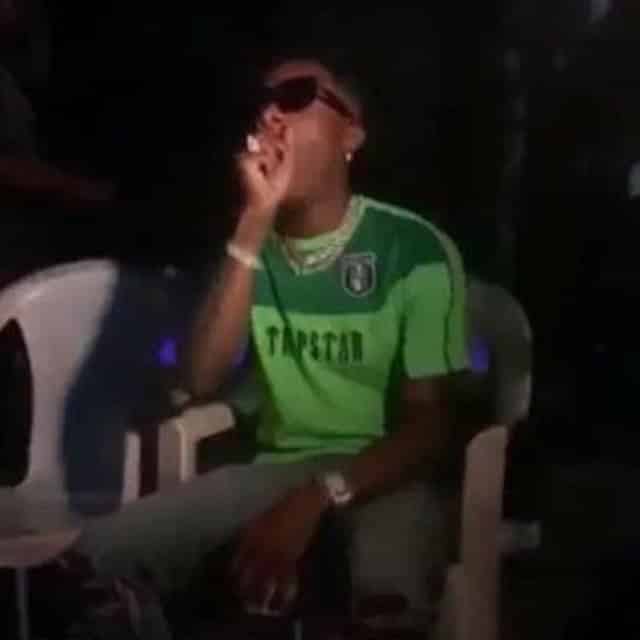 Few minutes into his performance at the Kwara Hotel venue of the concert, he was nearly mobbed as fans started climbing up the stage in an attempt to touch and hug the singer.

Videos taken at the scene showed Starboy being manhandled by fans, it got out of control and the security had to intervene.

Another video shows Wizkid yawning while sitting on a white plastic chair provided by the organizers.

Wizkid went to #ilorin to perform and they gave him plastic chair to sitdown. Na PTA meeting?😭pic.twitter.com/4YGZ9fvLjR

The concert caused an uproar on social media, fans were outraged by the poor organisation and the Sub par treatment of an internationally renowned star.

Wizkid in reaction to the mobbing and experience in Ilorin, shared a video how his Nike footwear looked like after his performance in Ilorin. Starboy had to pull of his shoe. He probably threw it away. Lol.

See the video below; 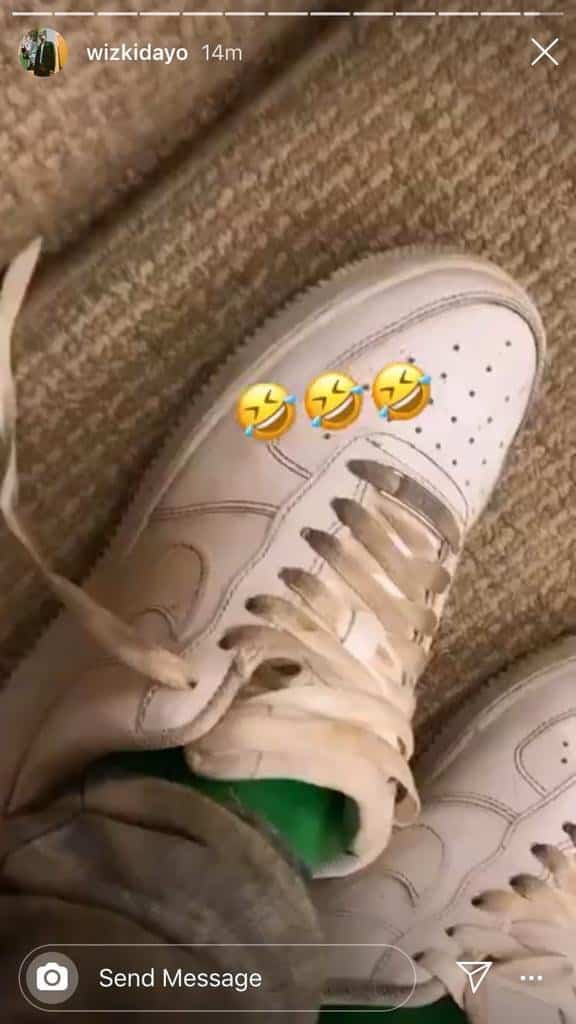 See some reactions below;

@Dehkunle: Forget bants ooo,this whole Wizkid In #Ilorin thing isn’t bad . Yes he was rough handled by fans that wanted to hug him but that’s normal for a star like Wizkid .No other concert has trended like dis no other hangout trended like #ILORINTWITTERHANGOUT. Ilorin 1-0 Other Cities

Read Also:  Two new cases of Coronavirus have been confirmed in Lagos and Osun states

@Salamisweird: This is a typical reason why Nigeria I can never move forward, #ilorin has always been painted as that “DEAD CITY”. And now that things are bubbling and lively y’all hating talmabout “why would wizkid come to ilorin on Christmas” “what’s in ilorin” Mandem fuckoff!! #ilorin WE ON!

@VictorIsrael_: Ilorin people are rude I swear. A whole starboy sitting on a plastic chair. A whole Wizkid under canopy. Did he tell you people he came to write post UTME? 😭😭😭😭

@RealDreylo; Wizkid went to ilorin and they gave him Plastic chair to sit on under canopy 😂. Ilorin people are funny o. They think it’s Twitter Hangout 💔. #ilorin

@_starbiola: Wizkid is a star, some of them haven’t been privileged to see wizkid, no one is taking about the love they showed wizzy, they rather focus their attention on some petty things that he sat on plastic chair yen yen yen and so fucking what. Better things are left unsaid.

@IsimaOdeh: Wizkid got N50 million to perform in Ilorin. Why e no go sit down for plastic chair. Money done enter e account.